The Sky is Falling; Salvation is Needed 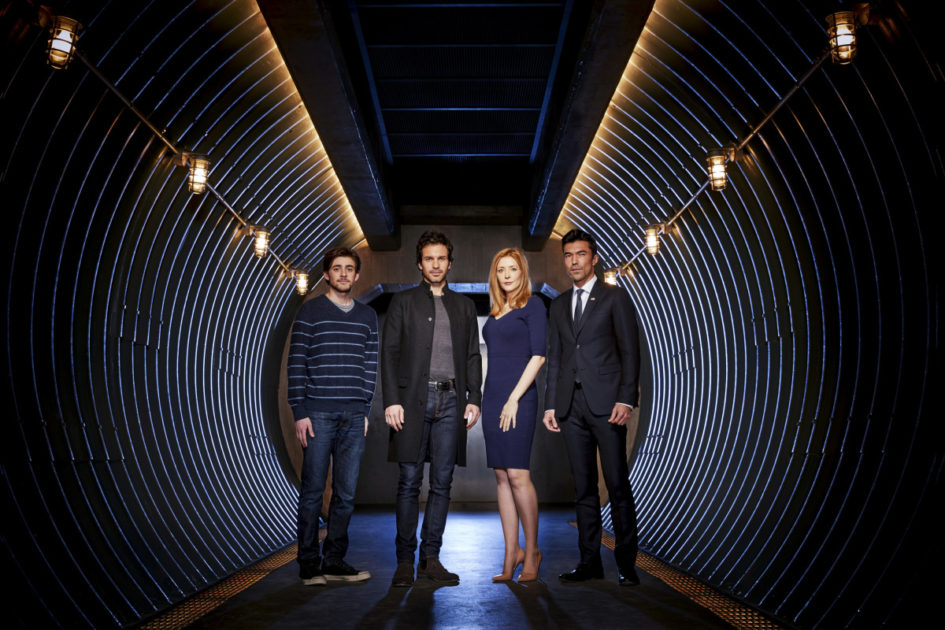 Government conspiracies, cover-ups, a secret rendezvous and an extinction event is the basis for a new summertime TV show. No, this isn’t The X-Files, but what’s familiar is new again for Salvation, currently airing on CBS.

When an MIT grad student (played by Charlie Rowe) discovers an asteroid is headed on a collision course with the Earth that will surely cause a global catastrophe in 186 days, his professor winds up missing after learning the information. The truth is out there as billionaire Darius Tanz (Santiago Cabrera) is the only person who wants to believe. Together, the unlikely duo’s pleas are ignored by Deputy Secretary of Defense Harris Anders (Ian Anthony Dale), until the revelation of top-secret information is threatened. All of a sudden, the race against time to prevent the seven-kilometer wide planet-killing Near Earth Object, nicknamed Samson, has begun, but how will it be stopped from entirely wiping out humanity?

One argument involves using nuclear weapons in order to break up the rock, but the best prospect seems to be launching a satellite and using it as a gravity tractor to flip the asteroid’s projected trajectory. Its new gravitational pull may or may not miss our beloved home planet, but just getting it into space via a retrofitted rocket seems to be failing magnificently during all test runs. That’s where Tanz Industries steps into the storyline. Not content to wait for the government to save the world, Darius proposes to save it himself, via a repurposed lifeboat used to save the human race. However, he requires resources and help from government insider Grace Barrows (Jennifer Finnigan) in order to make it all work.

“How far would you go to save the world?”

In a battle for classified information, this is the perfect show for a summertime drama, even though the overall storyline veers off course with unnecessary background characters. If the pilot is any indication of future episodes, it looks like fragments of truth will slowly be unpeeled throughout each episode. As fans of The Martian and Hidden Figures, Salvation’s overall storyline is right up our alley (even if Armageddon, Deep Impact and other movies have mined the topic for many years before it), but the characters seem to need more time to develop. At times they feel similar to others we’ve already seen in past programs… or they’re simply replaceable. With time, they can be fleshed out, but the proposed storyline that was crammed into the hour-long series premiere somewhat cut back on the time allowed for character development. So, there’s still hope for everyone involved…

Is Salvation based on science or is it truly fiction? Are the show’s characters doomed for a bleak future? Will the killer rock actually succeed with its mission as an antagonist? You’ll only find out if you tune in to watch Salvation, currently airing on Wednesdays.