Valerian and the City of a Thousand Planets: An Exploration Into Why You Need to See This Movie 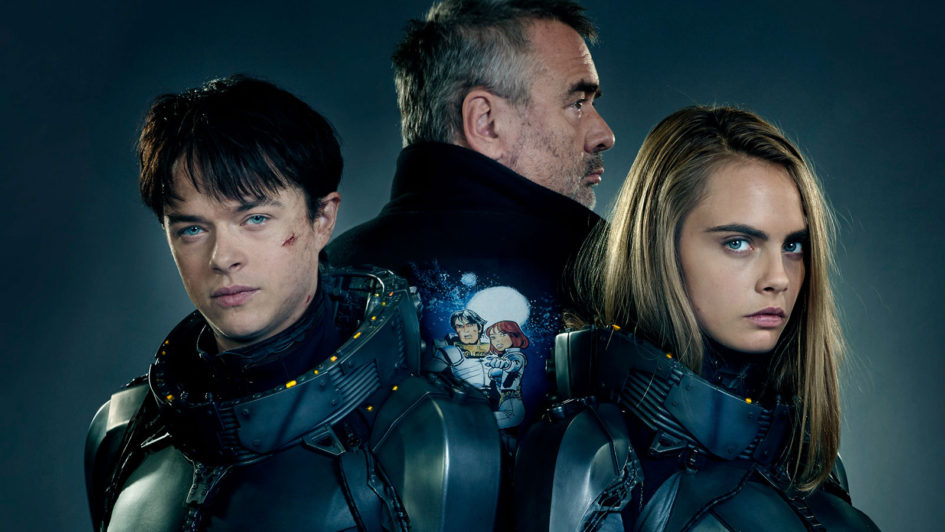 Valerian and the City of a Thousand Planets is the beautiful vision of a mature French filmmaker with an almost fifty-year-long love affair with the source material, which began in 1967 and ran for 43 years, comprising a collection of 23 volumes. Many of the white male American critics who are trashing this superb film have their heads up their arses so far they can’t connect to the storyline in quite a few places, several of which would be major spoilers. Suffice it to say that most of them don’t know the influence that the long-running series has had on present-day science fiction, and many of them are seeing things that first appeared in Valerian and Laureline and that they only first saw in later projects, like Star Wars, etc.

First of all, don’t be an American when you watch this film. Be a citizen of the universe, or at least the planet. A lot o 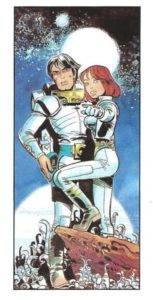 f critics are already hating on the most beautiful, stunning and original adaptation of a French-Belgian graphic novel ever made… because they don’t “get” it, and prolly never will. I have seen the movie, in 3-D, and loved it! I have also read quite a few of the original graphic novels by Pierre Christin and Jean-Claude Mezieres it was based on. I do “get” it! Valerian always told moral stories like Star Trek, and tore into social issues and mistreatment and political drama.

This film, for me, is the only “Must-See” film of the year — period. Sure, we have had Guardians 2, Wonder Woman, Spider-Man: Homecoming and I loved each of them. I really don’t give a shit about Transformers or the Apes Shit, but I do eagerly look forward to seeing Atomic Blonde and The Dark Tower, and am actually kinda meh about the Han Solo flick… But, boys and girls, we have been waiting 50 years for Valerian and the City of a Thousand Planets.

Valerian and the City of a Thousand Planets is the realization of the dream that fueled the career of one of the most accomplished and visionary filmmakers ever — the legendary Luc Besson. Besson is a hero of mine for many reasons, not the least of which are his free film academy and his ability to bring this $200 million film, Valerian and the City of a Thousand Planets, to the screen without a major studio. That’s right, it’s basically the most expensive indie film ever produced, in addition to being the most expensive French film ever produced. And, his film academy kids played a major role in helping the adult, older film crew understand what they were doing, especially in the bananas opening chase sequence. 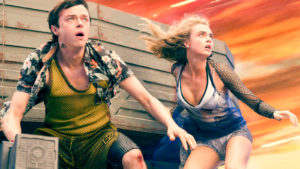 Besson’s financing was made possible due to his reputation and record of making memorable and financially lucrative films. Most recently, you may remember Lucy, the Scarlett Johansson vehicle that grossed a half-billion dollars. It is one in a long line of his films that generally have a strong female protagonist (and leading lady), going back to The Fifth Element (Milla Jovovich), The Professional (Natalie Portman), and my personal favorite, La Femme Nikita.

La Femme Nikita — she alone is one of the most extraordinary characters in modern fiction. When Luc created her and brought her to the silver screen in 1991 with Anne Parillaud, he set in motion and released a wave of female heroine shockwaves that saw her character become so powerful and resonate in so many ways that (1) an American filmic re-make entitled Point of No Return was made in 1993, starring Bridget Fonda (more about her later); (2) a Canadian TV show was made, La Femme Nikita, staring Peta Wilson and aired in the States on the USA Network for 96 episodes in five seasons from 1997 through 2001; and a “reimagined” version starring Vietnamese Maggie Q, titled simply Nikita, ran on the CW for 73 episodes across four seasons from 2010 – 2013. 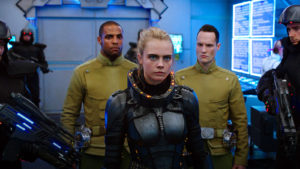 Laureline is the latest in that line of femme fatales to reach the screen, here portrayed by the stunningly beautiful Cara Delevingne, last seen as Dr. June Moone / The Enchantress in Suicide Squad. One of the sticking points in the new film, Valerian and the City of a Thousand Planets, is that the graphic novels were titled Valerian and Laureline, always placing Laureline equal to her co-star Valerian. Many other changes for the film from the graphic novels have been made. Her backstory changes her from an 11th century French peasant girl who encounters Valerian on one of his missions and is recruited to become a Spatio-Temporal Agent in the comics. The comics were based in the 28th century. 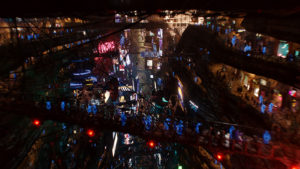 Also, beautifully, the origins of the City of a Thousand Planets is reframed to make Earth and its 20th / 21st century space program(s) key to its development, especially the International Space Station. In the film, she is a blonde where original Laureline was a redhead, much more natural for Cara to pull off. What has not changed is her bad-assery, her humor, and her constant deflection of Valerian’s amorous overtures. And her sense of justice and fair treatment of all species. 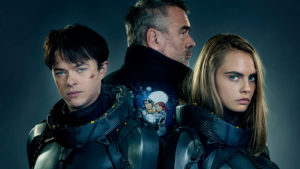 Some of the gripes I have witnessed amount to a bunch of whining and nit-picking about the apparent lack of chemistry between the two young stars, in addition to the fact that they are very young stars, and their perception about how they should perhaps relate to one another. I told your ass at the outset to put your American-centric worldview on hold while you experience this film. Don’t expect Valerian and Laureline to behave like 21st century Americans! That’s not who they are! They are 25th century Spatio-Temporal Agents.

Another idiotic critique of the film has revolved around those critics’ lack of patience with the pace at which Besson chooses to unpack the central mystery of the film and the route he takes to get us there. In reflection, I see that he made some amazing choices to set up the story, which included nods and homages to many of the characters and storylines across the decades of source material. The denouement, the means he takes to get there, the frequently hilarious detours along the way that are actually necessary elements to revealing the core mystery, are elements of a well-told tale, and the payoff is remarkably satisfying.

Some of those critics like to bring Star Wars into the discussion, along with Avatar. Avatar is pivotal, because its visual effects were the tipping point at which Besson realized that the level of CGI to fully create aliens and alien environments had been reached, Star Wars notwithstanding. James Cameron actually hosted Besson at the set and in the studios when he was filming Avatar, to help him bring this vision to life by showing him where the level of effects was going.

Another hangup that some critics may have that is fueling their disapproval and negative reviews is the fact that Valerian and Laureline are heroes, not anti-heroes. Much of today’s genre vehicles are driven by characters who are the ostensible protagonists, but they operate in ways that reek of villainy. And, if not outright villainy, operate in that shady “gray area” of the Han Solo type, to whom unfair comparisons with Valerian are being made. He’s a hero! A pure hero, a military / government agent, Major Valerian, much like Major Motoko Kusanagi from Ghost in the Shell, and his idealism and forthrightness are a breath of fresh air from shite leads like TV’s fatass Tony Soprano or drug-dealing Walter White. In fact, his blatant and beautiful Dudley Do-Righteousness brought against Laureline’s previously noted “sense of justice and fair treatment of all species” informs the final outcome.

I said I’d get back to Bridget Fonda. Bridget’s aunt, Jane Fonda, starred in Barbarella, a classic French film that is most appropriate to compare Valerian and the City of a Thousand Planets to. If you have never seen this awesome 1968 film, you really should. It also featured a badass strong leading lady. And, yes, it was in production while Valerian and Laureline was being launched. 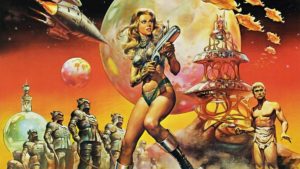 Barbarella was based on yet another French comic book, so… hey, Luc! How about a new Barbarella film next, please?