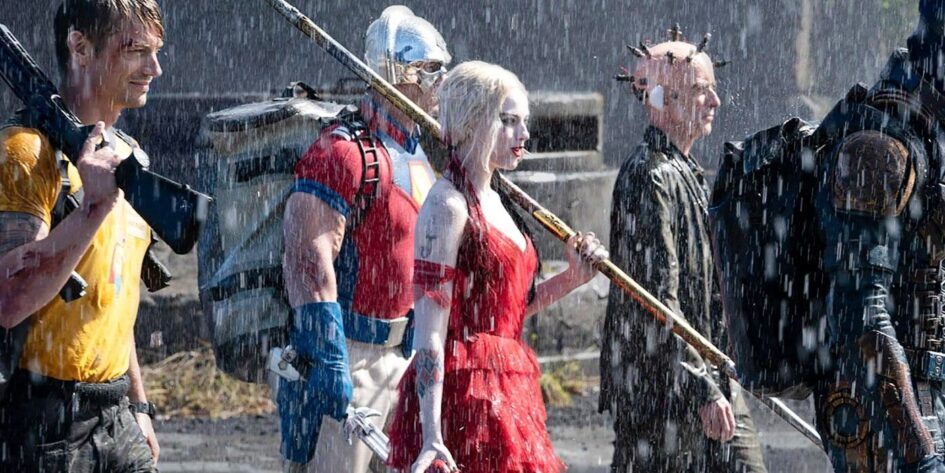 James Gunn has got to be proud of his work. This man came from working on Troma Films (not saying that is a horrible thing, but low on the movie totem pole), to being the director of some of the best comic book movies ever. Much like Joss Whedon, Gunn blends action, romance and comedy flawlessly into his films, but with much less controversy than the Buffy The Vampire Slayer creator.

Gunn’s storytelling style is starting to become easier and easier to spot. And this can be a problem. If every film a director makes follows the same style, it becomes formulaic. This works in the short term, but after some time, it can get tedious. That is why you see Hollywood directors taking on different project types. They may make a horror film, followed up by a rom-com, then delve into the world of action films. While aspects of their directing styles follow, the genres are far enough spread that they reach a varied audience, reducing the style fatigue. Should a director stick with one style or genre, it may end up with much of their audience looking elsewhere for something new and innovative.

I WAS EXCITED when I heard James was attached to the second Suicide Squad film (strangely named The Suicide Squad). You can probably call me a fanboy for Gunn. As a man who loves Troma Films for their low quality and general “don’t give a flip” attitude, James is even more endeared to my heart. The controversy that hit him recently about this time with Troma is ill-conceived in my mind, and Disney deciding to let him go was a huge letdown for me. It seems the House of the Mouse forgets about some of their more “problematic” film history. Gunn felt more like a sacrificial lamb than anything else. So, I was glad when Warner Bros. gave him a shot at bringing the magic he had with Guardians of the Galaxy to The Suicide Squad.

After a hostile regime takes over the country of Corto Maltese, Amanda Waller (Viola Davis) sends two different Task Force X teams to the island to put an end to something called Project Starfish. The first team, led by Col. Rick Flag (Joel Kinnaman), is betrayed by Blackguard (Pete Davidson), to the deaths of all the members except Flag and Harley Quinn (Margot Robbie), who are captured. The second team, consisting of Bloodsport (Idris Elba), Peacemaker (John Cena), Ratcatcher 2 (Daniela Melchior), Polka-Dot Man (David Dastmalchian) and King Shark (Sylvester Stallone), arrive on another side of Corto Maltese with no issues.

Bloodsport’s team manages to “rescue” Flag and discover that Project Starfish is an alien from outer space that the current regime plans to unleash onto the world. A metahuman called the Thinker (Peter Capaldi) reveals that the monster, named Starro, has the ability to control the minds of people it infects. Believing that their mission is to kill Starro, the team heads to Jotunheim, a base where the creature is being held and experimented on. With limited time, the team decides to not only complete their mission, but also save Harley from her captors.

I think the key theme in The Suicide Squad is “control.” Amanda Waller has control over the members of Task Force X through the explosives in their heads. Starro has the ability to control the minds and bodies of anyone it can attach itself to. The Thinker controls Starro using his telepathy. The evil regime in Corto Maltese controls the Thinker through the fear of force. And the resistance groups on the island are fighting the regime for the control of the country. It is almost a way for James Gunn to put the bad press he got in the past away and say, “I’m in control of my career again,” giving the Disney corporation a huge middle finger.

The Suicide Squad is an amusing and action-packed film. As with Guardians of the Galaxy, Gunn was able to take characters that many people just do not know. Outside of Harley Quinn, do you think anyone who is not versed in comic books would know who any other character is, much less care about them? Even I, with my background in the comic book industry, barely know these characters. I couldn’t even tell you the first thing about Ratcatcher, much less anything about Ratcatcher 2. But after watching The Suicide Squad, I am attached. I thought with only Harley and Captain Boomerang returning to the film, we would either a) have to learn all about these new characters, wasting a ton of time, and b) have a very hurried film that leaves way too much on the cutting room floor. I was completely shocked that the movie was so well made; my fears were unwarranted.

James Gunn deserves all the praise he can get for The Suicide Squad. However, as I mentioned earlier, I worry that all his films are going to follow this same formula going forward. His ability to weave action, drama and comedy is great, and so far has worked in both The Suicide Squad and Guardians of the Galaxy. However, I can see how this will become stale at some point. It may not be soon, but it will happen unless Gunn can start expanding his resume of films. Delving into action, drama, comedy or even horror-specific films would do him well.

The Suicide Squad earned a perfect five out of five stars. James Gunn, hopefully, has a long and illustrious career in front of him. The characters in the film are lovable, likable and unforgettable. The only thing that was bad about the film was the fact it ended. Check it out as soon as you can!