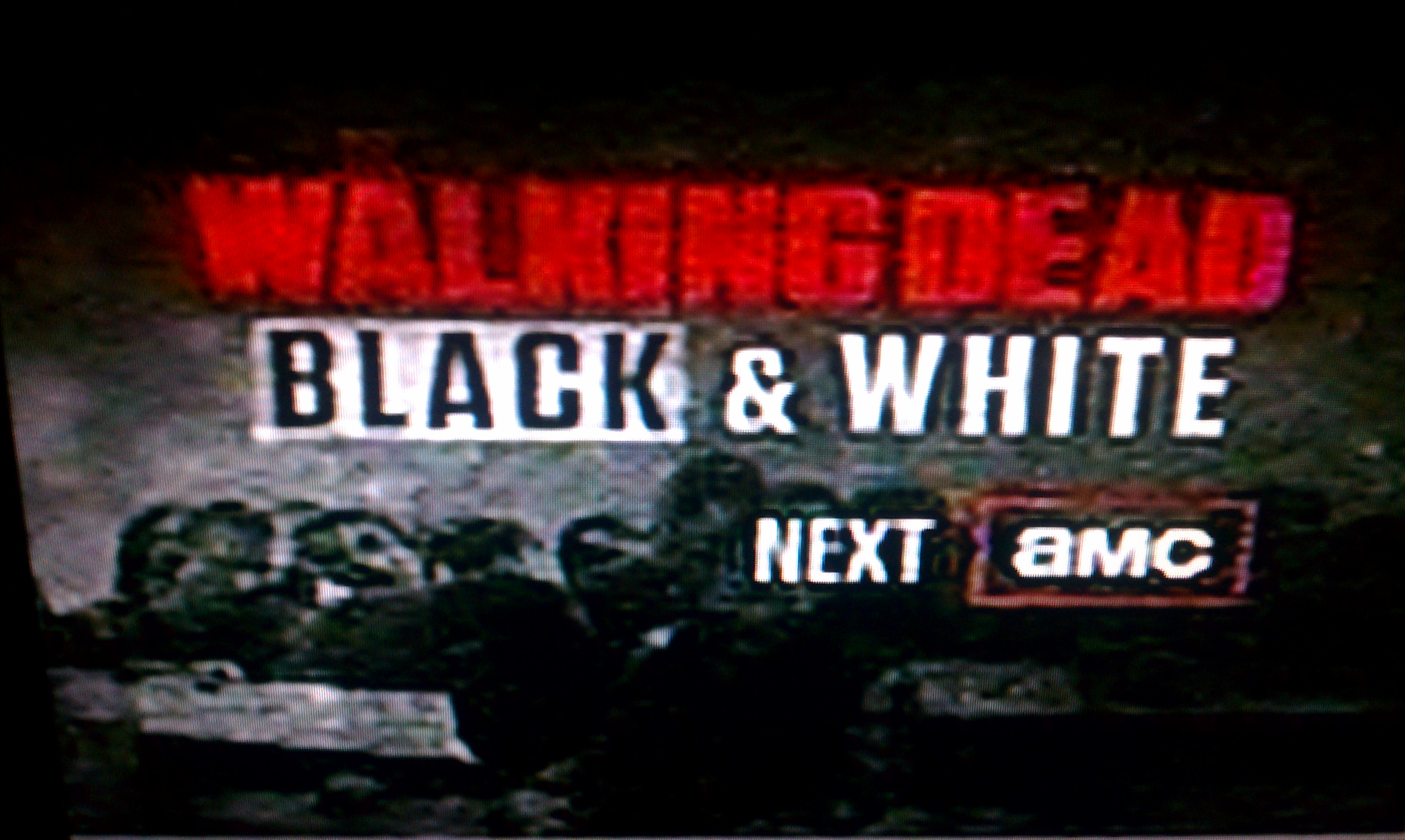 “You’ve seen the UNDEAD in LIVING color, now re-live AMC’s The Walking Dead in BLACK and WHITE. Every Thursday, right from the beginning.”

At first, this is a nice gimmick. Watching a black-and-white episode of The Walking Dead feels like watching Robert Kirkman’s black-and-white comic book come to life. It feels cinematic.

Almost reminds me of those black-and-white semi-animated videos, found online in the early ’90s, which took FOREVER to download with a dial-up modem. Those were the days… 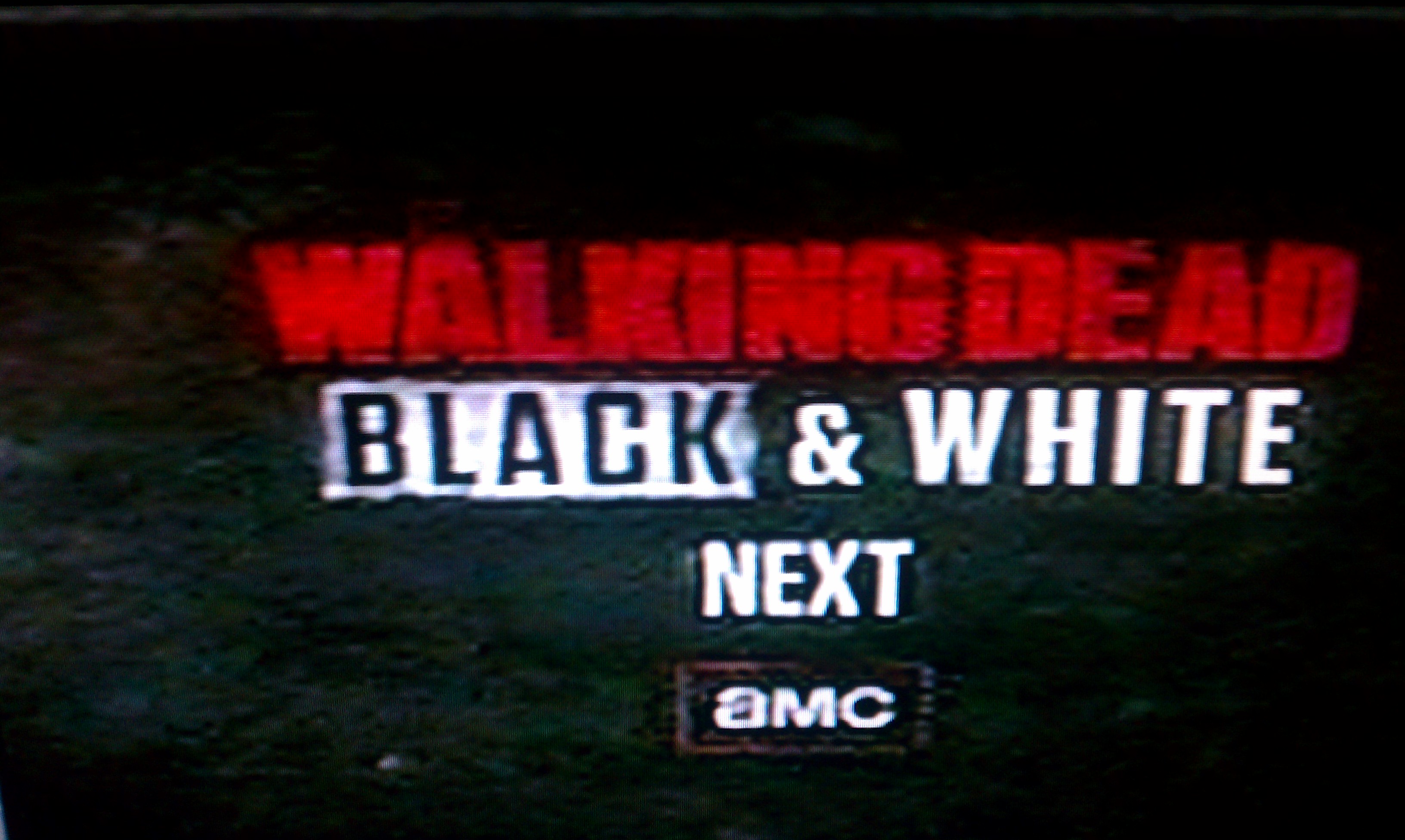 At least AMC is trying to keep the undead audience interested until the next new episode airs on Sunday. However, I’d like it to have some instant-viewer interaction. Just like “Pop-Up Video,” maybe offer instant Tweets from viewers, while the action unfolds in Black and White.

But it’s still a gimmick.