Per Matt
Jerome Opena is a big fan of Zombies. His artwork has covered many comic-book titles, most notably on both The Walking Dead, as well as Marvel Zombies. At Wizard World Comic Con Nashville, we spoke with him about his artistic background and how he wound up inking the covers for the exclusive Skybound collectibles.

How did you initially get interested in drawing for comic books?
– “Well, I grew up overseas, in Asia. I didn’t always have fun TV to watch, so my brothers and I drew a lot. I always liked comic books and had a Batman collection, as a kid. That’s kind of where it started, for me.”

Who were some of your favorite comic-book characters?
– “Batman has always been my favorite. I love Daredevil and Nightcrawler.”

Growing up, did you have a preference between DC or Marvel?
– “As a kid, I mainly read Marvel, but Batman was always my favorite character.”

Growing up, what kind comics could you find overseas?
– “It was hard to get comics, back then, in Taiwan. It’s a lot easier to get them now. Whenever we’d go to the states and visit family, we’d pick up comics and bring them home. Also, I’d visit my grandfather in the Philippines, who was a World War II veteran. He fought for the U.S. Army there. We’d visit the airbase and pick up a bunch of comics at the PX.”

What was the first comic-book title you worked for, as a professional?
– “It was for a European comic-book company: Humanoids. I did a short for them and then after that, I did a Star Wars short. Those were my first two professional projects.”

What were some of the titles you worked on, stateside?
– “I guess I started out working on Fear Agent for Dark Horse, then from there, I started doing Marvel work. I did a Wolverine short, then eventually went into Punisher, X-Force, Avengers, Infinity and so on.”

How’d you land the gig to draw the exclusive Walking Dead covers for Nashville’s Wizard World?
– “Robert Kirkman approached me last year at New York Comic Con. He just asked me if I wanted to draw a cover. I said, ‘Sure, of course.’ That’s all it took.” 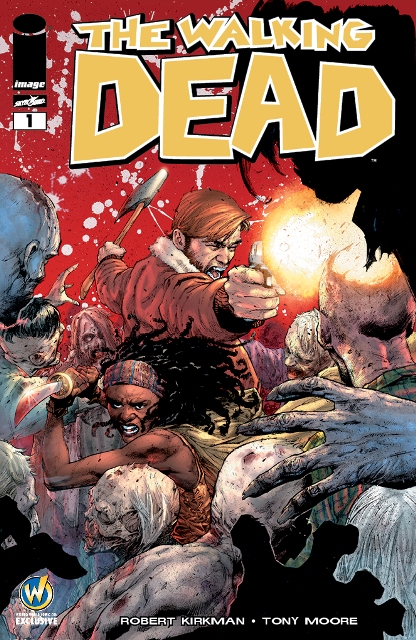 What were some of your influences for the cover?
– “My art dealer is the one who suggested I include Michonne and Rick in it.”

Did Kirkman have any suggestions for the cover art?
– “No. He was really cool. I kind of prefer it that way, too. I was just happy he liked my work enough to ask me to do it.”

What are some of your favorite Zombie movies?
– “The original Dawn of the Dead — I still love and watch that movie a lot. It’s great. I watched a bunch of Zombie movies growing up, but that one is the main one.”

You worked on Marvel Zombies, as well. What were the guidelines for drawing that cover?
– “The main character is Elsa Bloodstone and my friend at Marvel, who approached me about it, told me it was a very easy cover. There’s just one character, I didn’t have to draw any backgrounds and she was shrunk down to kind of tie in with the Ant-Man movie.”

Do you have any future undead comic titles lined up?
– “Nothing right now, but if Kirkman or anyone from The Walking Dead asks me, I’d be more than happy to do another one.”

How did you initially get involved with Wizard World?
– “It was through Robert Kirkman. I guess I was originally supposed to be at the Philly Wizard World, but the timing didn’t work, so we’re here, in Nashville.”

What do you think of Nashville, so far?
– “It’s really cool and different from what I’m used to. I currently live in New York and I’ve lived in San Francisco. I’ve never been to this part of the country before. I like it.”

Where can people find your art online?
– “You can find my Walking Dead comic books, as well as original art from me, Leinil Yu, Olivier Coipel, Joe Madureira, Joe Quesada and more on Kwan Chang. There’s a lot of really great art there. If not for me, stop by for those guys.”

What events will you be attending next?
– “New York Comic Con in October and then after that, Thought Bubble, in the UK. It’s one of the biggest conventions in England. It’ll be at Leeds, in November.” 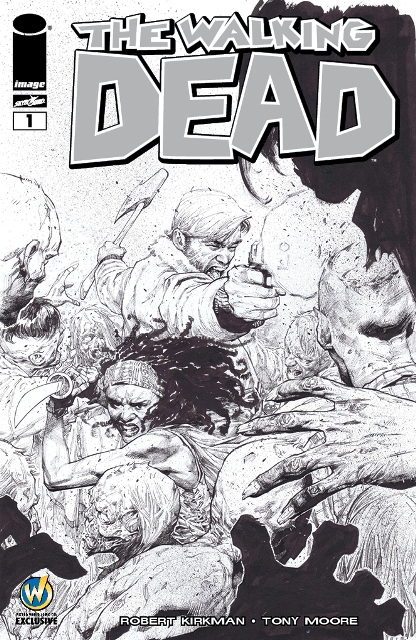