The Zombie Survival Guide: Complete Protection From the Living Dead 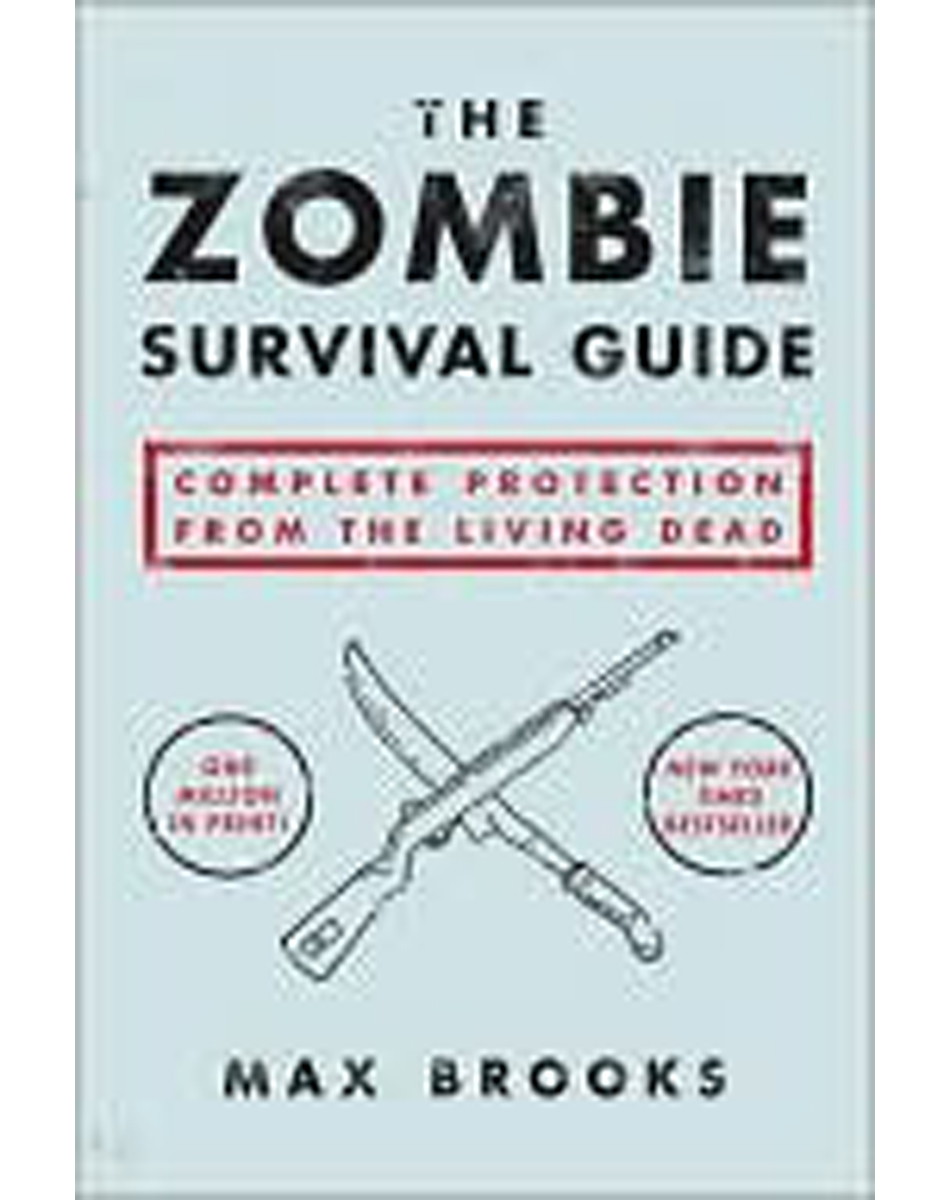 THIS IS IT! The lightbulb above my head was lit after reading this book! It finally clicked. This book made sense and let me know I must prepare… and create a Webpage. Among other things.

Max Brooks may be Mel Brooks’ son, but he writes in an entertaining fashion and kind of created the historical zombie fiction genre with this book… which, itself, was the basis for World War Z, his first true novel. The Zombie Survival Guide depicts precautions to take in order to survive the zombie apocalypse or any other possible disaster (natural or otherwise).

The Zombie Survival Guide is the ultimate survival information guide. It defines the “zombie” term and disproves the pop-cultural myths associated with them. Brooks also discusses the pros and cons to using specific weapons during a time when ammunition and supplies may be limited to nonexistant. Combat techniques and disaster preparaedness are themes he discusses in detail, as well.

Previously, in the TV special Zombies: A Living History , Max Brooks makes an appearance, discussing his Zombie Preparedness Kit (also known as his Earthquake Kit). It seems Brooks takes his own advice. He’s prepared for any emergency (especially the Zombie Apocalypse!).

While thinking ahead, making preparations for the future Zombie Apocalypse is a good idea, his survival techniques are sound enough to be employed during any natural disaster or emergency, such as flood, earthquake, tornado or marshall law.

Other topics Max Brooks discusses are being on the defense, on the attack, on the road, supplies, vehicles, equipment and living in an undead world (which can be substituted as any post-disaster location).

The conclusion of the book includes the fictional listings of recorded attacks, which lead up to the events of his best-selling novel, World War Z, soon to be a major motion picture, starring Brad Pitt. The Zombie Survival Guide is a great read to get you in the survival mindset. It’s also a great prepper to World War Z, which I highly recommend to everyone. I truly look forward to reading more of Max Brooks’ zombies in the future, as well as catching his big-screen adaptation in 2013 as well.

Strength: Great survival techniques to be used after any disaster.
Weakness: No zombie outbreak currently happening to test these rules.
WTF Moment: Have a Plan B, C, D, E. When the zombie apocalypse happens, I’m not going to be calm enough to think that far ahead with attacks of the undead!

Notable Quotes:
– “A good 10-foot chain-link fence can hold dozens of zombies for weeks, even months.”
– “Designate one corner of your backyard to serve as a latrine.”
– “Demolish the staircase! As zombies are unable to climb, this method guarantees your safety.”
– “Places of worship are a mixed blessing.”
– “Zombies are migratory organisms, with no regard for territory or concept of home.”