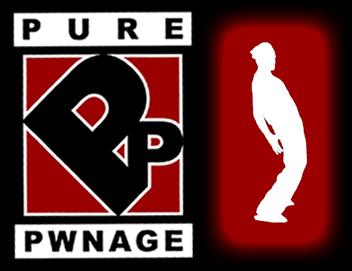 Please, don’t be confused. Zombie Apocalypse is a great twin-stick zombie-killing arcade game. But that is a completely different animal than the sequel. The original arcade game is fun; although a bit repetitive. Never Die Alone is incredibly annoying with glitchy achievements. Effectively, the game is broken.

Never Die Alone was created by Backbone Entertainment, a company which I will stay far away from in the future.

I finally got around to to playing the downloadable content of Zombie Apocalypse: NDA entitled Pure Pwnage. The title’s source originates from the mockumentary webseries, Pure Pwnage, and features the voice actors behind the characters of Jeremy (Jarett Cale) and Kyle (Geoff Lapaire). The dudes definitely have geek cred, although their smarmy one-liners grow tiresome very quickly. And just like Never Die Alone, here the characters frequently spout off their smarminess while the other is speaking, prompting the player to quickly mute the Canadians immediately. This definitely drops the DLC Fun Factor.

For those Gears of War fans out there, a new Horde-like mode is added, as well as a new level, in which the players must survive endless waves of zombies and boss battles. In fact, one of the three added achievements is to survive for at least 10 minutes (Warm It Up), while another offers the delight of killing 10,000 zombies (The Pwnage). The final, of the three, is simply to complete the Prequel, Day 56 (Let’s Finish This).

While the add-on pack doesn’t offer anything groundbreaking, it’s something minutely different than the rest of the game, with a new character, map and game type.

currently on sale for 50 percent off, at 200 microsoft points (also known as $2.50) for a total of 3 achievements and 50 gamerscore, making the grand total of Zombie Apocalypse: Never Die Alone level out at 250 Microsoft points. The arcade game — and its DLC — is currently available to download from XBOX Live and the Playstation Network.

Players will most likely have buyer’s remorse, but at half off the regular price, grab it now. Mostly intended for Twin-Stick Fanatics, Zombie Killers and Completionists, all others need not apply.