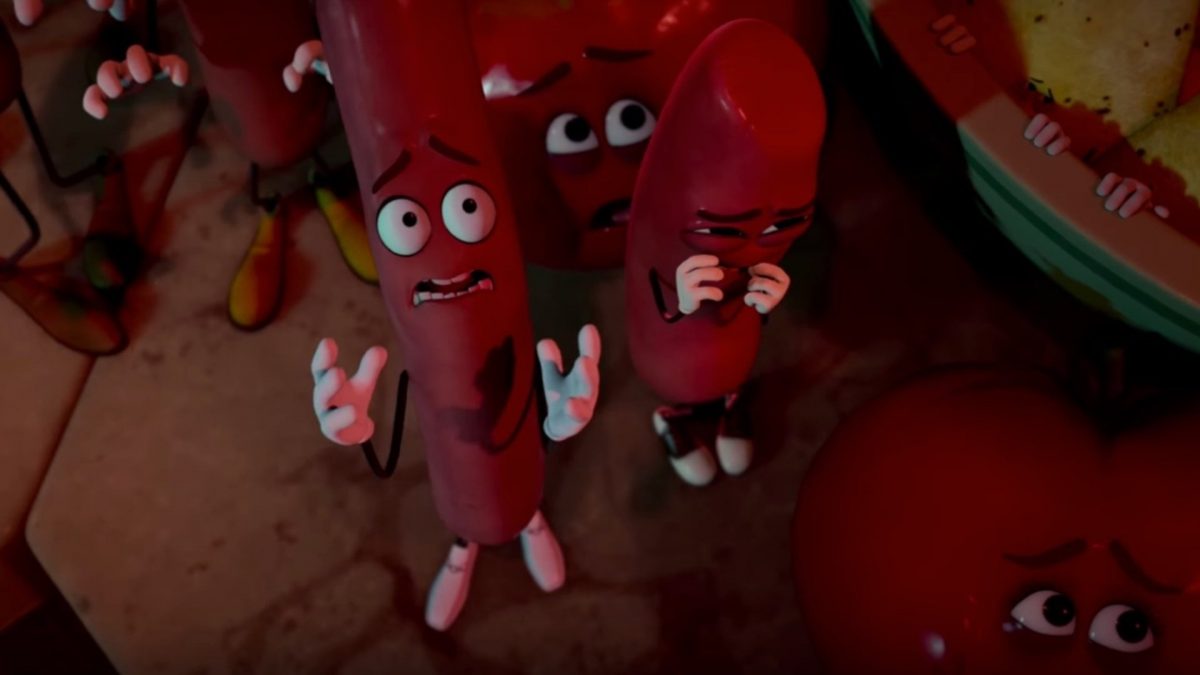 Per Matt
In terms of concept, Sausage Party isn’t the most bizarre movie of all time, but it is unique. And that’s saying something for this film by Seth Rogen, Evan Goldberg and all their friends, which is being labeled as “the first R-rated CG animated movie.”

Directed by Greg Tiernan and Conrad Vernon, Sausage Party depicts a group of supermarket products on a quest to discover the truth about their own existence, as well as a reality check about their final destination: the Great Beyond.

There’s a buzz in the air as Red, White and Blue Day quickly approaches, and with it, hopes are high among the various characters to be selected. It is an honor to be chosen on this day, but when Honey Mustard (voiced by Danny McBride) returns to the grocery store with a dire warning, he is ignored, leaving the others to figure out the dangerous situation without his help. The truth is out there… and a sausage named Frank (voiced by Seth Rogen) is on a mission to find it.

Kristen Wiig, Jonah Hill, Bill Hader, Michael Cera, James Franco, Craig Robinson, Sugar Lyn Beard, Lauren Miller, Paul Rudd, Edward Norton, Nick Kroll, David Krumholtz and Salma Hayek are only some of the actors who voice a diverse cast of characters in Sausage Party. When you’re featuring animated fruits, vegetables, snack foods, alcoholic beverages and a douche (who’s the Big Bad) being voiced by a bunch of A-list stars, having excellent comedic timing is essential to bringing this outrageous story to life, which is prevalent in this film.

Sausage Party is just as ridiculous as the red band trailers that have been heavily promoting it. Featuring great talent and a heart-felt storyline, it is unlike any other animated movie ever created. It’s actually a lot of fun… you could even say it’s like watching a big-screen party. In fact, at the preview screening I attended, all of-age attendees were given a free adult beverage coupon for either a glass of wine or a pint of craft beer to enjoy while watching the film. Now, that’s my kind of party!