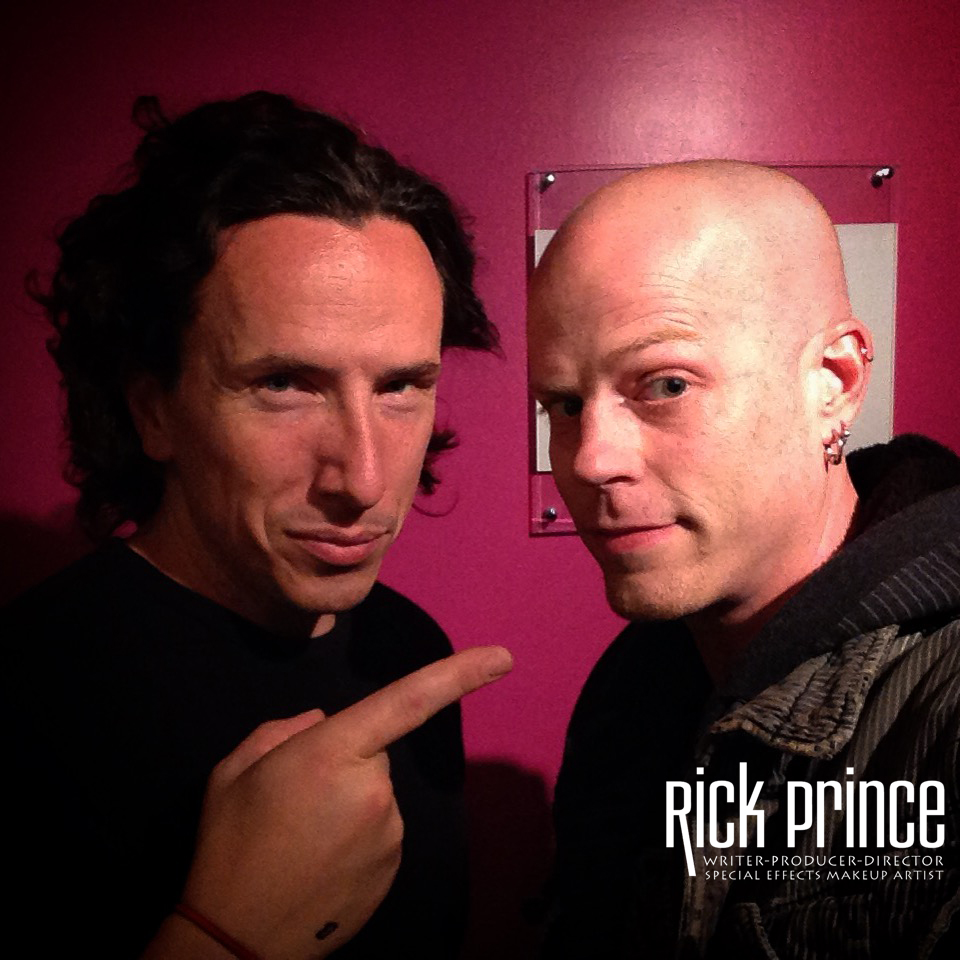 My experience at the Walker Stalker convention was surreal. The Music City Center was host to Nashville’s first Walker Stalker on April 9 and 10, 2016, and I became one of the horde. Ravenous fans descended upon downtown Nashville to see the line-up of cast members from The Walking Dead, Bates Motel, The Vampire Diaries, Gotham and Breaking Bad. 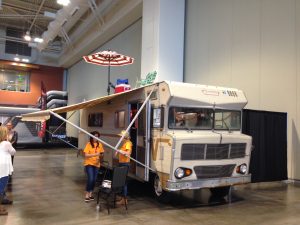 Thanks to Tate Steinsiek (Face Off/The Amazing Spider-Man) and the great people of Walker Stalker, I quickly had my VIP pass and was on my way inside! 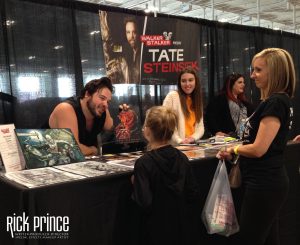 Once inside, fans were able to try to survive their own Zombie Apocalypse by going through a live, interactive, laser “Walking Dead Experience,” take advantage of autograph opportunities as far as the eye could see, find collectibles for miles and much more.

Next, it was time to link up with Tate at his booth. I stood in line and waited as Tate finished Zombie makeup on one of the fans, signed artwork, took pics with and really took time to talk with the fans.

I’ll spare you the full details, but much manly bro-hugging ensued. Having not seen each other since filming the finalé of Face Off, we headed to the Green Room to catch up.

This is when you act cool, like you aren’t a total geek and a fan of everyone in the room. Or not. I think I wound up somewhere in between, as usual. Celebrities are people, not gods, or some unattainable level… and I see them as such. Very talented and awesome people who collectively create incredible worlds, alternate realities with their art that we are able to escape to in movie theaters or from the comfort of our couch at home. I thank them all for that.

Saturday at the con came to a close, but night was just getting started when The Walking Dead are in Nashville.

I met up with Tate and the cast at their hotel and quickly became the local guide. Fortunately, we were walking distance from one of Nashville’s favorite bars in the beautifully iconic Union Station: The Flying Saucer.

Throughout the night, I was able to talk with Ross Marquand and Jordan Woods-Robinson, but mostly Michael Traynor and Tate. Michael played Nicholas on TWD and the title character in Smiley. A genuine and hell of a nice guy, I look forward to working with Michael in the future and having him back to Nashville when he can stay longer (film). =) 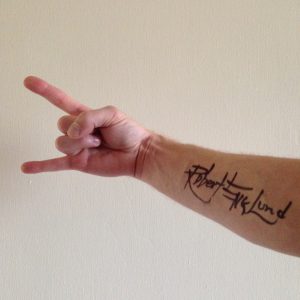 By the end of it the first Nashville Walker Stalker I had an unforgettable night with a lot of new Walking Dead friends, some rad original artwork, some souvenir con-swag, Robert Englund’s autograph on my arm and awesome things to come as Tate and I join forces in the land of film. 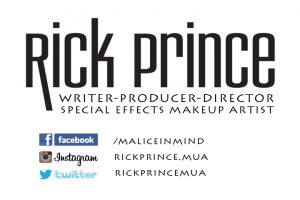