A Tame Second Visit by the Neighbors 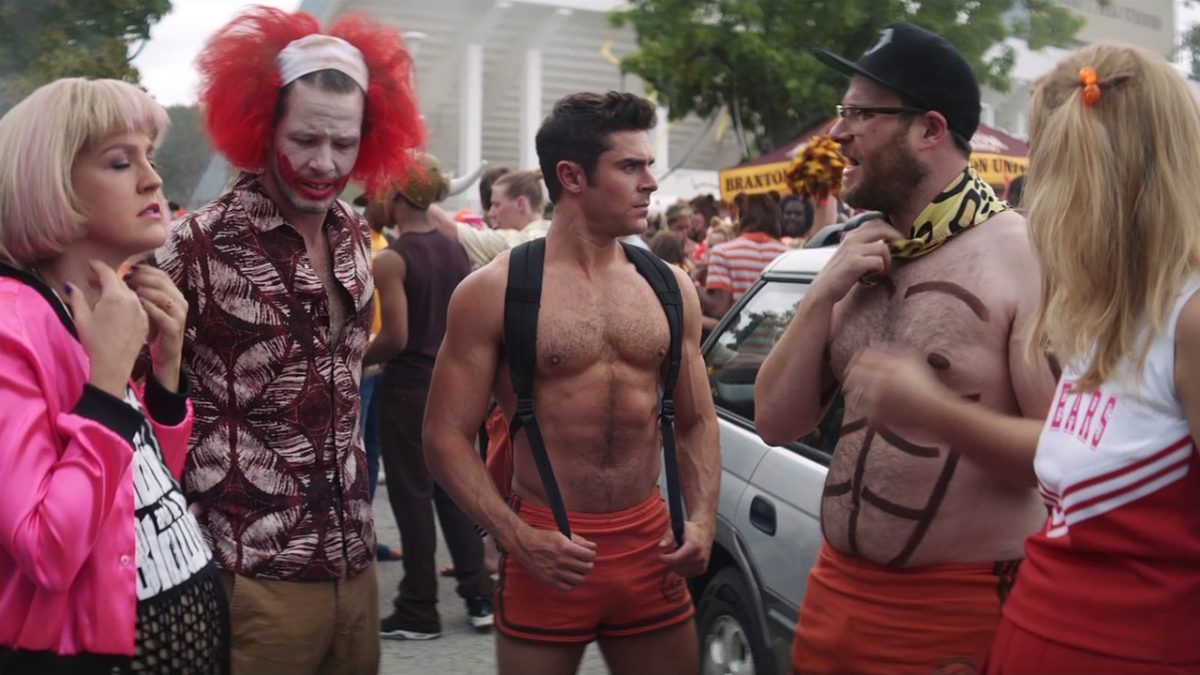 Per Matt
Knocked Up. Superbad. Pineapple Express. This is the End. The Night Before. When you think of a “Seth Rogen film,” what comes to mind? A raunchy comedy with a side of illegal drugs can generally sum up the majority of them, with varying storylines. So, it comes as quite a surprise for Neighbors 2: Sorority Rising, a sequel to one of the most ridiculous and original of them all, to be the most tame and practically plain on this ever-growing list of movies (and that includes Kung Fu Panda and The Green Hornet!).

As the card-carrying President of the Seth Rogen Fan Club, Middle Tennessee Chapter, I’ve watched and enjoyed many TV shows and movies featuring the writer-producer-actor. The concept for Neighbors was a unique one, with Rogen’s every-man character finally graduating from the man-child stage and into responsible-adult territory, but for some reason, the goodwill from that movie doesn’t go too far in its sequel.

Neighbors 2: Sorority Rising reuses the best parts of the first movie, then takes a hard right turn and lightly touches upon the topics of sexism and school politics. Instead of a fraternity terrorizing Mac (Rogen) and Kelly Radner (played by Rose Byrne) in the suburbs, this time it’s Shelby (Chloë Grace Moretz), starting an off-campus sorority in the very same house, but there’s not as many pranks this time around and that’s a shame. Teddy Sanders (Zac Efron) attempts to to guide the newly created Kappa Nu sorority, but winds up switching sides among the battlelines multiple times, trying to fit in.

Inexplicably, Dave Franco’s Pete Regazolli, whose character was the was best part of the first movie, does not have much screen time in the sequel and the jokes feel a little flatter without him. On the brighter side, Chloë Grace Moretz does her best in her duel with the older cast members, proving she can still Kick-Ass.

Neighbors 2 feels like the first attempt (of probably many) at a tamer R-rated movie than Rogen’s fans have come to expect, so it’s no coincidence this movie is aiming for a large female audience, which might accept the less-foul humor. Writer-Director Nicholas Stoller loses focus in Act I, never quite deciding whether the movie’s focus lies on the Radners or the sorority girls. The entire film is an uneven balancing act, but there are a few great laughs sprinkled among its 92-minute running time.

Airbags will never be viewed the same.