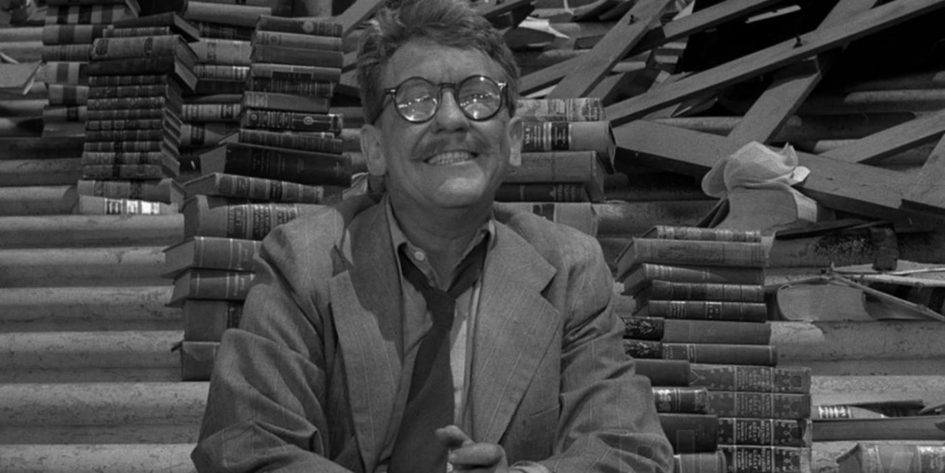 It’s New Year’s Eve and on this morning, through the next 48 hours, I’m binge watching a TV show that has been cancelled for 53 years (before its multiple revivals and movie adaptations). I’ve seen every episode multiple times via syndication. Some are good. Some are great. Many are wonderful. I have entered The Twilight Zone. I’m hooked and I can’t stop watching the anthology series as if my life depends upon it. At the end of the world. Nothing can seemingly pull me away, once I start watching.

It’s true, Rod Serling was a genius. He created the anthology series that was hard to define. Delving into multiple genres, the show often explored science fiction, fantasy, suspense and psychological thriller topics. Social commentary was frequently injected into the storylines by the writers, many of whom were already well-known authors, including Ray Bradbury (“I Sing the Body Electric), Richard Matheson (“Nightmare at 20,000 Feet”), Charles Beaumont (“Number 12 Looks Just Like You”), George Clayton Johnson (“A Penny for Your Thoughts”) and Earl Hamner Jr. (“Stopover in a Quiet Town”).

Smartly, Syfy runs multiple marathons of these wonderful episodes during the holidays, many of which I randomly find while scanning the channels. I’m nostalgic in that I’ve loved these episodes for many years and cannot seem to turn down the opportunity to re-watch them, as if seeing them for the first time. Many great recognizable actors have appeared in the standalone episodes before they became famous, many of whom are recognizable today, including Dennis Hopper, Ron Howard, Martin Landau, Carol Burnett, Veronica Cartwright, Julie Newmar, Robert Duvall, Burt Reynolds, Robert Redford, Charles Bronson, and William Shatner, Leonard Nimoy, George Takei and James Doohan (the latter four would go on to appear in Star Trek).

There are so many great episodes, it’s tough to choose an all-time favorite. There’s usually a handful that rotate, depending on which ones I’ve recently viewed. I’d rather re-watch these episodes on Halloween, Thanksgiving, New Year’s Eve or at any random date throughout the year than participate in “traditional” holiday events. The stories are pretty meaningful to me and they’re still relevant today, especially “Time Enough at Last,” which details “the story of a man who seeks salvation in the rubble of a ruined world,” who loves the antiquated format of books, which seems pretty true today, as more and more real-life bookstores are shutting down during this age of endless information at your fingertips. The show is referenced in a variety of modern-day formats, including The Simpsons TV show, among other programs and the theme park ride, The Twilight Zone Tower of Terror, that was previously found at three Disney theme parks around the world, but it’s recently been altered or shut down in a couple of locations.

With the recent “tradition” of adapting works of popular culture into musicals, it would be a great addition to the format (and live TV) to have current-day popular genre writers penning multiple episodes of a renewed Twilight Zone that could fill up two-hour blocks of primetime viewing, to be aired live. That would be the ultimate tribute to Serling, as well as all of the other filmmakers from the past, staying faithful to the fans and the show’s creator, alike. Long live The Twilight Zone.