Weathering With You is an Artistic and Thoughtful Gem 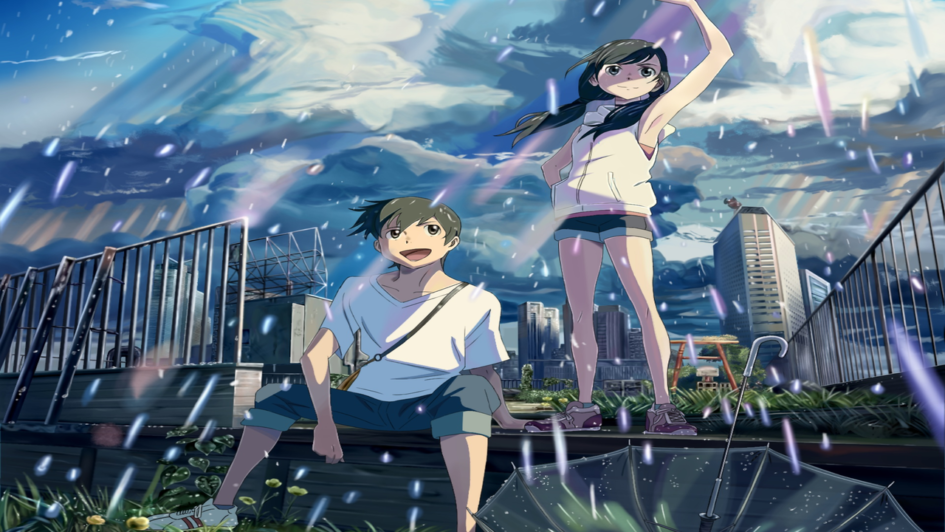 Anime is one of those “love/hate” genres in film for myself. Back in my teens, I used to love watching Dragon Ball Z, Vampire Hunter D and others, because it was edgy. The cartoons were against the norm. You didn’t have cuddly teddy bears or blue munchkins fighting a bumbling warlock or even soldiers who couldn’t hit the broad side of a barn with their guns. You have blood, death and even some nudity. Basically, everything a teenage boy in the ’90s loved. And to top that, it was hard to get. You couldn’t just go to the local Walmart or Kmart and pick it up. You might be able to find some stuff at Media Play or Suncoast, but even then it wasn’t the “hardcore” stuff (when I say hardcore, I’m looking at you, Legend of the Overfiend). This elusiveness made it feel even more taboo.

Today, anime is incredibly easy to get your hands on. The internet, as well as the advent of streaming channels like Crunchyroll, has put basically any anime or manga item in the hands of everyone. Even cable channels like Cartoon Network have latched onto the trend. There is a demand for the content, and whenever that happens, you can 100 percent expect capitalism to swoop in and meet those demands. And by doing so, anime is pretty much mainstream now. The club now includes millions of people. The exclusive club from the ’90s is gone. And with this proliferation of content, the magic seems to be gone as well.

Thus, when I am reviewing an anime film, it is difficult for me to hold back my bias. I don’t particularly like the genre. But mainly ’cause I think I lost my understanding of it. As a youth, I thought it was about blood, guts, violence and tentacles. But after watching this film, I may have a new appreciation for the genre as a whole and realize I was only seeing one side of the coin. Anime is not just a single genre: It is multiple genres wrapped up in animated glory.

Weathering With You follows a teenager named Hodaka (Kotaro Daigo). Seeking a new life, he runs away from his home to Tokyo. On the journey, Hodaka is rescued from being swept overboard the ship he is traveling on by Suga (Shun Oguri). Taking a liking to the youth, Suga offers him a job with his magazine that focuses on fantastical stories from people all over Tokyo. It is through this job that Hodaka befriends another teen named Hina (Nana Mori), whom he discovers has the powers of a weather maiden: a Japanese mythological being who can control the weather. Coming up with a plan to better their lives, Hodaka and Hina work together to bring rays of sunshine to the lives of people around Tokyo. Everything seems to be going well, but when you mess with the forces of nature, things can go bad very quickly.

The story of Weathering With You has many aspects to it. Some may find a word of caution about climate change, seeing the manipulation of weather as something that mankind has been doing for years (not directly, but through misuse of the planet’s resources). Others may see a teenage love story between two kids, as they try to make the world a better place to live. I found a film that feels extremely optimistic about the world, as Hodaka’s personality seems to be so idealistic that nothing could completely break his love for life. It’s a film that each viewer seems to be able to find something different.

In addition to the great story, Weathering With You is incredibly beautiful. The artwork feels lifelike in many scenes, especially the aerial views of Tokyo through the clouds. While it is a standard anime film in most aspects, it just feels different and more dramatic.

With all these things said, I give Weathering With You five out of five stars. The beautiful story allows the viewer to almost choose what they want to take from it, while the art is equally grand. It is no surprise that this film is Japan’s official entry for Best International Film at the 92nd Academy Awards. It does the country a service being the perfect blend of fantasy and drama.