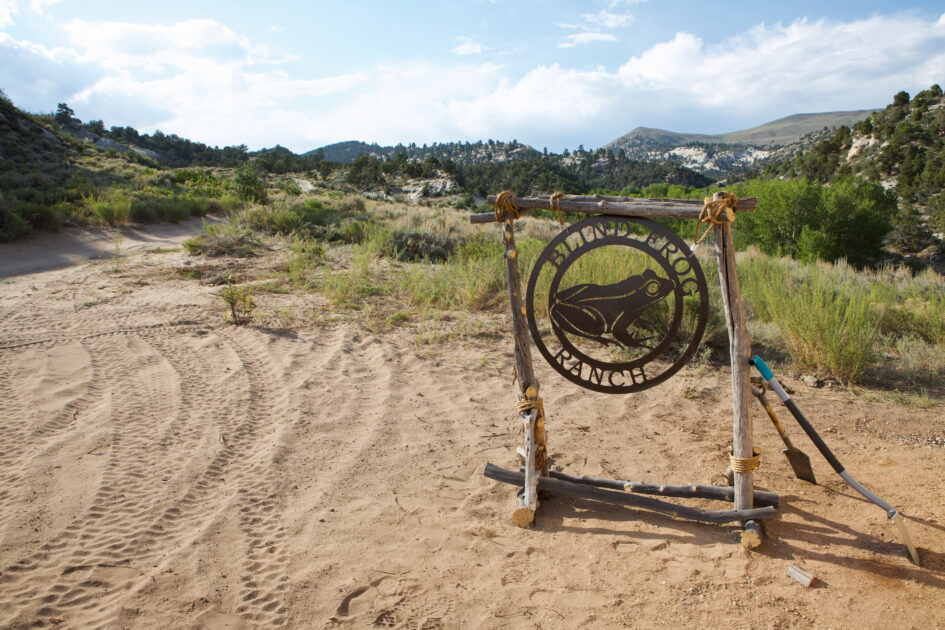 If you’re a fan of the supernatural, there aren’t too many things that might surprise you. Unusual phenomena? Animal mutilations? Electrical disturbances? Unidentified flying objects? All of these incidents have been reported at Blind Frog Ranch. And these are some of the main reasons Discovery has focused a reality television series hoping to uncover the truth behind the urban legends. What, exactly, is the Mystery at Blind Frog Ranch?

Based on 160 acres of possibly cursed land in northeastern Utah, a four-man team hopes to solve the puzzle. In Season 1, the crew uncovered a two-mile-long cave system below their property. Rumors of Aztec/Mormon gold worth billions of dollars could be within their grasp. After donning scuba gear, they found a flooded underground chamber housing a man-made box inside it, but winter weather prevented further investigations.

The season premiere, “No Dyin’ Tryin’ Today,” picks up with even more strange vibes. The apparent suicide of a woman dressed as The Joker on the property has rattled owner Duane Ollinger. Head of security Charlie Snider brings in a recently retired law enforcement officer-turned-investigator (Jamie Dube) to dig up the facts. Geologist Eric Drummond has discovered iridium on the property, but Duane’s son, Chad Ollinger, is hellbent on unearthing the box in order to find what it’s hiding. What if he’s got gold fever and he only discovers underwater booby traps?

“We’re not here to get somebody hurt. But we are here to take chances…”

Season 2 offers a little more of a history lesson before jumping into the main storyline. A local archeologist thinks a wood core of the box sample could be carbon dated in order to determine future efforts. On the flipside, there’s no record of the body by EMS personnel and no similar vehicles can be found at the county impound lot.

“We’ve got something really weird here.”

Comparisons to The Curse of Oak Island are inevitable (as well as its spinoff, Beyond Oak Island), but it seems that The Secret of Skinwalker Ranch is more appropriate. In fact, the famously strange farmland that is explored on a different network is supposedly located only a few miles away. Could some of the same unexplained events be shared by both shows? The truth is out there. Somewhere.

Before discovering this show, I really had no idea about it. In fact, after watching a handful of episodes, I really couldn’t find out much information about it online. That’s really weird. Viewers have devoted reddit threads disputing the show’s strange or shenanigans. I really don’t know what to think, but I’d like to watch the rest of the season before making an initial decision.

It seems like the team’s using all of the scientific methods in order to find buried treasure and the property owner’s attempting to fulfill his father’s goal of finding the loot on the property, but in many ways, this show feels a little too similar to the one airing on History.

Previews highlighting surveillance cameras, military helicopters and gun-wielding trespassers might just be too much of a coincidence to be happening in such a short period of time when they weren’t reported throughout the first year of the show. Could these disturbing occurrences actually be real?

I want to believe that something weird is happening here, but this is a reality show…