Don’t Breathe: A Reflection of Fear in Society 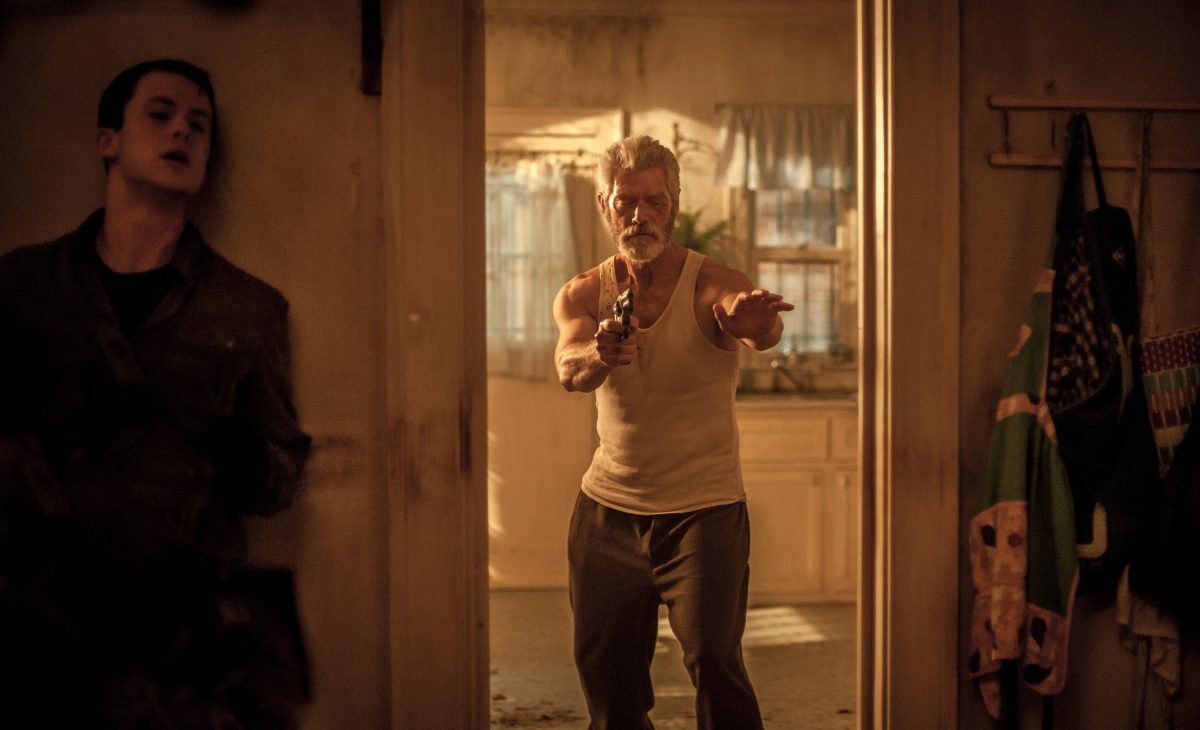 Looking back on any given movie of a certain time period is a good way to discover the values that society had held during that time. Moreover, horror movies, in particular, have displayed common allegories that give clues into the social commentary of their time.

Generally speaking, the horror genre has served as a cautionary tale for viewers to heed since the mid ’70s. Certain themes began to emerge around this time that quickly became familiar tropes for horror fans. The cinematic victims were almost always teenagers or young adults, and the first ones to die would commonly engage themselves in drug use or sexual activity. At the subconscious level, that fit neatly into the values of Americans 40 years ago, who saw premarital sex and drug use as less-than-favorable activities for their growing kids. In today’s age, movies are more forgiving of sex and illicit substance abuse, but that doesn’t mean they don’t show reflections of other societal issues we face today.

Don’t Breathe is a great example of the transition into new themes and doing away with old ones. Just the setting, an impoverished and abandoned Detroit neighborhood, is enough to set the somber mood that also mirrors a dark era in recent American history. Due to this, the choices that writer and director Fede Alvarez made for his film beg for a deeper understanding of modern society beyond just the story of three young adults who get caught up trying to survive after breaking into an old Army veteran’s house.

One of the first major themes represented is the economic divide that has been the topic of many political discussions, recently. The motivation of the three lead characters is strictly monetary. The female in the trio, Rocky, is shown early fantasizing about moving to California, out of her impoverished city in hope for a new life. While burglary is the group’s MO, they, themselves, don’t seem too bad off. The character Alex actually appears to be in the middle class, as his dad has enough of a prominent role in a home security company for the characters to learn how to circumvent the alarm systems in their home invasions. Nonetheless, Don’t Breathe either illustrates that younger generations are too entitled to work hard to make a living or are forced to make due, despite their hard work.

The well being of war veterans also strikes a chord within the film. Since the war on terror is now the longest-running war in U.S. history, and families are dealing with the effects of prolonged deployment of troops within the Middle East, there has been widespread debate about the amount and quality of care that they are receiving upon return. The antagonist, a blind elderly war veteran, is very sympathetic in many ways. He lives alone in a run-down slum of a neighborhood, he lost his daughter in a car accident, and he shuns the outside world while living with a severe disability. Despite all of this, he manages his life very well. Though, it isn’t hard to see that, despite his $300,000 settlement, which the teens are trying to get their hands on, he really just wants the love and company of a family he no longer has.

The inclusion of an overly protective sheltered man and the bypassing of security systems creates an underlying theme that forces the audience to think about the state of privacy within our culture today. The revelation of NSA surveillance on American citizens as well as companies selling online browsing habits to third-party corporations has caused a stir for many. For Alex, Money and Rocky, finding out that the old, blind man was sitting on a small fortune was as easy as a quick Google search. It is moderately harrowing to think that unseen forces around the world can access our deepest secrets. People have subjected themselves to deleting their Facebook accounts and using their credit cards selectively to help separate their online lives from their offline ones. Identity theft and similar fears have now plagued us for some time and can have devastating effects on our lives, even when we are careful.

One of the horror aspects within the movie that also brings up a societal debate is the use of guns. This is the first time I can recall a firearm being the primary weapon in a horror flick. Just the fact that this subgenre of horror is known as a slasher shows how rare it is for characters to die from gunshot wounds. There is something visceral about a knife or chainsaw-wielding killer that makes movies a little scarier. Being overpowered by someone in a melee attack using an unconventional weapon is a little more terror inducing. However, gun violence in modern America is something that is hard to ignore. Guns even out the playing field. They also play into the realism of the situation, because it is much harder for a group to overcome someone with a gun than a knife.

When you really delve into the themes of movies, it is easy to see the reflections of real life within them. Horror movies are not only a source of entertainment, but an indication of fears and concerns possessed by the people that make them. Don’t Breathe has created a thrilling atmosphere which foregoes traditional horror tactics to reverberate modern fears for a modern audience. It is, perhaps, because of this, that the movie has become a grand success for the end-of-the-summer movie season, and there can be a lot to learn from it for future horror storytellers.