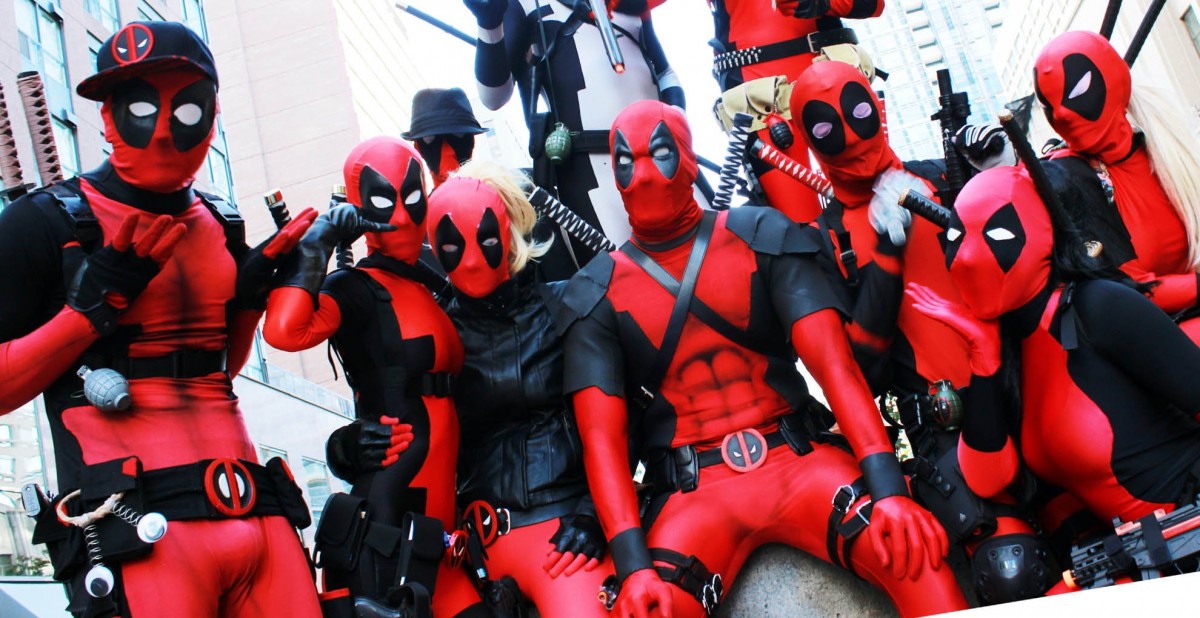 He’s hyper-violent. He’s crude. He’s insane. And yet people love him. He’s Deadpool. But who the fuck is Deadpool, anyway?

Deadpool is Wade Wilson, the “Merc with a Mouth.” While his new movie is classified as a “superhero” film, Deadpool is far from being heroic. He’s an assassin who will kill just about anything with a pulse for the right amount of money. Or, he might do it for the funs.

The public got its first glimpse of Deadpool in the pages of Marvel Comics New Mutants #98 in February 1991. He was created by prolific, and often parodied, comic book artist Rob Liefield along with writer Fabien Niecieza. At first, Deadpool was a villain, matching blows with the X-Men and Cable, but later he evolved to become the absurdist antihero of the Marvel Universe. 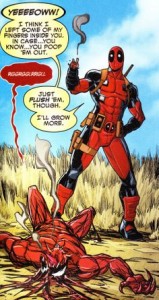 His first cinematic portrayal came in 2009’s X-Men Origins: Wolverine, where he was played by Ryan Reynolds. The movie introduced Wade Wilson pre-red suit and sans witty dialogue, a version far, far removed from the beloved foul-mouthed killer — so much so it soured the idea of a Deadpool solo film. However a “leaked” proof-of-concept trailer in 2014 reignited the interest. Reynolds, again, reprises his role as Deadpool in the latest feature film, this time in a manner more in line with the comic-book version.

The super-powered part of Deadpool comes from his experiments with the Weapon X program, the same covert operation that gave Wolverine his adamantium claws and skeleton. Infusing Wolverine’s healing factor into Wilson makes him near unkillable, as his wounds heal almost instantly. It heals his terminal cancer, but also makes him disfigured and insane.

Deadpool’s insanity also makes him one of the most formidable fighters in the Marvel Universe. He’s versed in many methods of combat, but he fights in such an unorthodox mad style, even opponents like Wolverine have trouble keeping up with him. His mental state adds to the dark humor, but also gives Deadpool a unique perspective — he knows he’s in a comic book.

Deadpool is the id of the Marvel Universe — he is the unrestrained impulsive primal force, a great power maintaining great irresponsibility who breaks the fourth wall of storytelling by dividing the character from the readers of the story. (Aside) A well-used theatrical device, skillfully wielded by Shakespeare himself. At times, Deadpool will acknowledge that he’s in a comic book. He’s mentioned references to previous issues of the book, much to the confusion of the other characters. The creators of the film intend to continue with the concept, with Deadpool knowing he’s a character in the movie. 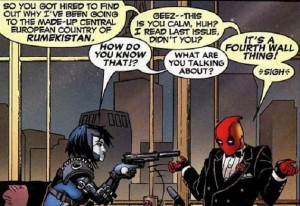 Why is he so popular? Part of the allure of Deadpool is that he’s the ultimate representative for all the superhero genre lovers and the haters. His insanity, ambiguity, and breaking the fourth wall give him just enough self-realization to serve as both an homage to the genre, as well as its parody. He does and says whatever he wants. His irreverence and violent antics satisfy the groundlings, while his meta wit and observations quench a more-refined thirst.

With an “R” rating, the Marvel Universe films return to the more violent, mature themes not seen since 2008’s Punisher: War Zone. This could also be the resurgence of the R-rated Blade series, last released in 2004’s Blade: Trinity, which also included Ryan Reynolds. In the future, we may see other irreverent bloodthirsty comic book characters like DC Comics’ Lobo, but that all depends on Deadpool’s killing at the box office.