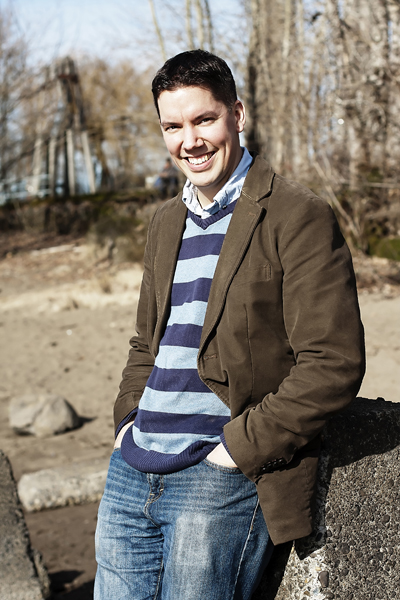 Per Matt
A long time ago, in a galaxy far, far away,
Quirk Books mashed-up Star Wars, as if it were a play.
A new genre was launched, like the Bard, it was made,
Brilliant is the story, Ian Doescher did frame.

First, William Shakespeare’s Star Wars, then there were more,
Good versus evil, battles by the score.
There were sequels and prequels, stories galore,
A forceful franchise is born that fans adore.

To preview his book, an interview of pith,
Covering William Shakespeare’s Tragedy of the Sith.
Sir Doescher and I, granted an audience with,
May it leave you peaceful, much like the Bith.

How did you initially get involved with creating a Shakespeare and Star Wars mash-up?
– “It was an idea I had back in 2012. Within the course of about three months, I watched the Star Wars trilogy with two good friends, read Pride and Prejudice and Zombies, and went to the Oregon Shakespeare Festival with my family. So, I had Star Wars, Shakespeare and mash-ups on my brain. It was some time while my family and I were in Ashland that I had the idea — I thought Star Wars and Shakespeare would make a perfect mash-up, because the themes are so similar and the movie is roughly the length of a play.” 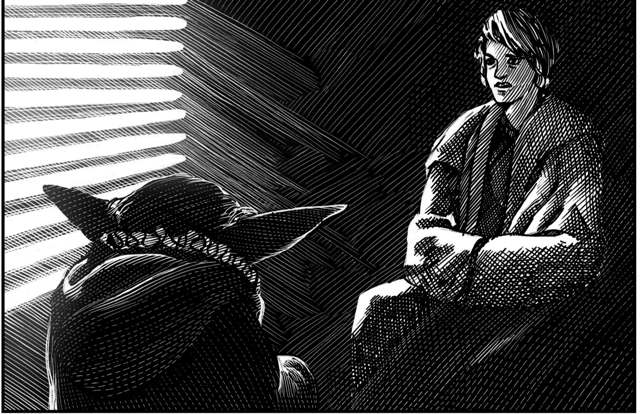 Before writing William Shakespeare’s Star Wars, did you have any intention on creating an entirely new genre?
– “No. And I’m not convinced I created a new genre. Mash-ups existed before I wrote William Shakespeare’s Star Wars, and it was reading one of those mash-ups that helped give me the idea. I may have bent the genre in a new direction, but I wouldn’t say I was definitively breaking new ground.”

What are your thoughts of geek culture? Has it welcomed you and your books with open arms?
– “Absolutely! I never knew how huge the Star Wars Universe was until I wrote these books. Star Wars fans have been fantastic and have embraced the books nearly completely. (There are always going to be a few holdouts!) I didn’t know what to expect when the first William Shakespeare’s Star Wars book came out, but I’ve been humbled, grateful, and excited by the positive response.”

What was Lucasfilm’s initial reaction to the first book?
– “Lucasfilm has been great to work with, and I have them to thank for some of the things people love most about the books. When I wrote the first section of the first book, I stayed relatively close to the original movie, because I wasn’t sure how much Lucasfilm would want me to stretch the movies. They were the ones who, reading that first draft, came back and said, “We like where this is going so far, but want to see if you can be more creative, take it outside the bounds of the movie.” I went back and revised a couple of scenes, and introduced R2-D2 speaking in English, which became people’s favorite aspect of the first book. So, Lucasfilm’s initial reaction was an incredibly helpful one.”

What were your highest priorities with the first book? Did they change for each book?
– “The highest priority with the first book was just to finish the darn thing! I was getting used to writing in iambic pentameter and Elizabethan grammar, which was a big task. With the subsequent books, my priority definitely changed: with the second through sixth books, I was focused more on trying to give readers something really original, so that if they had read the first book they wouldn’t just see the sequels as more of the same. With the prequels, another priority was making the stories a bit easier to understand — the movies themselves can get pretty complicated.” 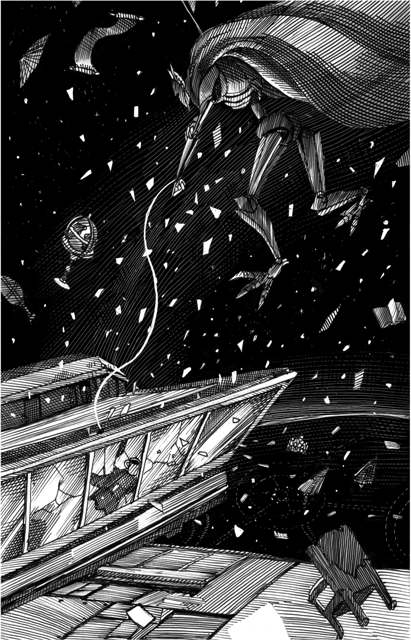 The Star Wars movies feature a lot of action. How did you decide to translate that into prose?
– “In the first book, I had the Chorus character describe what was happening, as Shakespeare does in Henry V. After that book came out, though, many people said I overused the Chorus, and I took that criticism to heart. The Chorus, therefore, doesn’t talk nearly as much in subsequent books. Instead, I used another Shakespearean device, which is to have the characters themselves talk about and describe the action that’s going on.”

Chorus had a more prominent role as narrator in the first three books, then Rumor was used to give exposition. Why the change?
– “Since the prequels are so complex, I thought it would be fitting for Rumor — a character Shakespeare uses in Henry IV, Part 2 — to act as the Chorus character in those books. Not only does Rumor describe what’s happening, but actually has a desire to make things confusing and twist the plot in knots.”

In each book, you’ve given dialogue to non-speaking characters. Was this done to differentiate your books from the original source material?
– “In many cases, I did that to surprise readers. No one expects R2-D2 to break into English, or the wampa monster to speak at all. Giving voice to those characters was a way of giving something extra to the reader, something unexpected, so the experience of reading the book is a constant discovery of new things.”

Who are some of your favorite Star Wars characters? Who did you enjoy characterizing the most through these six books?
– “When I was a kid, I always wanted to be Han Solo, even though I’m more of a C-3PO nerd. With the books, I was surprised in the first book to be really enjoying Luke Skywalker as a hero. Darth Vader and Emperor Palpatine were really fun to write — I like good villains. I also really enjoyed writing Jar Jar Binks when it came to the prequels, because I liked imagining him in a new way.”

How did you come up with the idea to feign Jar Jar’s intelligence? It was brilliant!
– “I had to do something interesting with Jar Jar, because he is one of the most hated characters in movie history. Some people were asking me to kill him off in the first scene of The Phantom of Menace! I decided that, by turning him around completely — making him intelligent and ambitious rather than just stupid — I might be able to give people who don’t like Jar Jar a reason to look at him in a new way. Hopefully it worked!”

The prequels were a mess to many Star Wars fans. You made sense of them all and made it look easy. How did you do it? Was that a difficult process?
– “When I first started writing the prequels, I got together with some friends to discuss what my biggest challenges with the prequels were going to be. I myself — having seen the prequels several times, but not being as familiar with them as with the original trilogy — needed to make sure I understood the plots and their twists and turns completely. Then, I wanted to make those plots really clear for readers. In some ways, doing that in a Shakespearean context is a bit easier, because you can have the bad guys talking about exactly what they’re trying to pull, which helps the reader keep track of what’s going on.”

Some of the funniest scenes are the interactions between nondescript characters, using parody and foreshadowing. How did you come up with this idea for exposition?
– “You’re referring, I think, to the scenes between Guard 1 and Guard 2 in the original trilogy, and between Jedi 1 and Jedi 2 in the prequel trilogy. That was an idea I had when I wrote the first book, because there are those two Stormtroopers who stand guard outside the Millennium Falcon, hear the scanning crew in a scuffle, but STILL can’t put two and two together to figure out that the Rebels are inside. I had to write a little dialogue poking fun at them, and at the fact that much of Star Wars is predicated on the idea that the Empire’s minions are pretty dumb. I had so much fun writing the dialogue that I decided every book would have a similar dialogue between two characters, not found in the movies, that either pokes fun at some aspect of the movies or shows characters unable to anticipate their fates. It was big, geeky fun for me.”

Your writing style feels like reading an actual play. Any chance of adapting the books for a future Broadway production?
– “Right now, Lucasfilm isn’t allowing any public performances or readings of the books, but I’m hopeful one day they will license the books for productions. I, for one, would buy a ticket.”

Do you intend to adapt future Star Wars movies, as well? Can we recommend a future book? Star Wars: Death Troopers!
– “Well, we’ll see! I don’t have a definitive answer about the new Star Wars movies. I’ll certainly do them if I’m asked!”

Now that both trilogies are complete, what’s next for you to write?
– “Great question! I can’t say completely, but will say that I am working on one potential Star Wars (not Shakespeare) project, and one project that involves Shakespeare (but not Star Wars), so we’ll see what happens….”