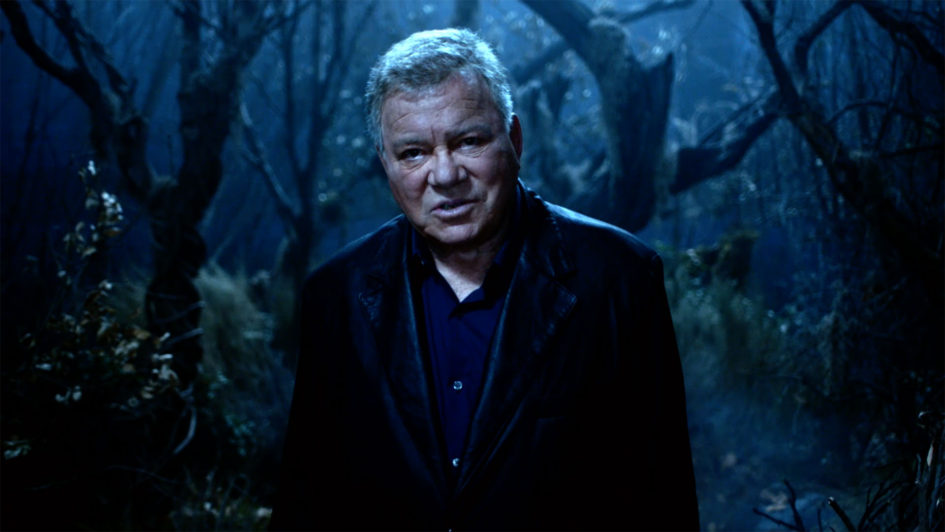 History beams up a new nonfiction series to explore unsolved mysteries, strange experiences, cursed history and the paranormal in The UnXplained.

In the series premiere, Executive Producer and host William Shatner investigates the so-called evil places of Japan’s Suicide Forest, Russia’s Dyatlov Pass incident and Indiana’s Willows Weep, which is supposedly the most haunted house in America. The second episode focuses on the mysterious structure of Lalibela, the Ethiopian monolith that houses 11 underground churches, the double-helix stairway of the Loretto Chapel and its unknown creator, the macabre 160 rooms of the Winchester Mystery House, the unusual Coral Castle of Homestead, FL, the secrets of the Great Pyramid at Giza and the unusual Costa Rican stone spheres.

Multiple scenarios beg the question: “Sometimes curses are based on the truth.”

The usual suspects from other similar programs make appearances here to give their professional input, including a parapsychologist, a historian, an explorer, a filmmaker, an anthropology professor, a reporter, a paranormal investigator and a structural engineer. Travis Taylor, PhD is one of my favorites, as he brings his knowledge of being an astrophysicist and an aerospace engineer to the forefront, all while being a self-proclaimed “redneck rocket scientist.” He’s great!

After watching two episodes, I’d be interested in seeing the topics of flesh-eating diseases, as well as deadly curses discussed in more detail, as they’re only briefly covered and I’m sure there’s plenty of original material to explore within those topics. I also wonder about the show’s direction for future episodes, as other shows seem to have already covered legendary cryptids and cryptozoology in general. I’d love to see Shatner more in his element, discussing space-themed topics that seem to cater a little more to his fanbase.

William Shatner is a living legend within the entertainment industry, and he’s quite entertaining in The UnXplained. However, History seems to have a thing for Star Trek alumni seeking existential answers (Zachary Quinto is In Search of… Something Unusual — which is a remake of a series that was originally hosted by Leonard Nimoy).

The production value is great, featuring engaging topics, but this show feels very similar to Ripley’s Believe It Or Not! in terms of tales of the unusual that’s hosted by a big-named actor. What UnXplained does have going for it is that the show pairs well with some of the more bizarre episodes of Ancient Aliens, also airing on Friday nights, which is also produced by Prometheus Entertainment, naturally.

In fact, Prometheus Entertainment seems to have a stranglehold at the network, already broadcasting The Curse of Oak Island, In Search of Monsters and The Curse of Civil War Gold. While I enjoy watching each one of those shows, UnXplained really needs to differentiate itself from all the rest, in terms of topics. Although Shatner is no stranger with hosting duties (Anybody remember Rescue 911?), appearing on this show builds certain credibility expectations. Now let’s see him boldly going where no other host has gone before by leaving the competition in the dust.

Make it so, History!