Per Matt
William Shatner never met a conspiracy theory he didn’t like (at least while appearing on reality TV). So, when the pop-culture icon appeared on Ancient Aliens last week to debate the ancient astronaut theory, the two-hour long episode became an instant classic. And it only took 248 episodes of the long-running television series to bring this moment to life. It was easily History Channel’s greatest crossover event to date.

“William Shatner Meets Ancient Aliens” served as an introduction of the series for new viewers, as a variety of past topics are briefly discussed. But it also created a great on-screen moment, as the show’s resident group of experts work toward uncovering new information regarding different country’s mythologies and legends, as well as the unknown past, lost knowledge and unanswered questions that have plagued mankind for centuries. And then there’s the governmental and military policy of denial, in addition to the many vague religious stories that may have misinterpreted past events.

A lack of physical evidence has raised questions to past unknowns, with oral traditions often overruling everything else. But what if those stories were inaccurate?

Ancient Aliens‘ usual suspects from the past 16 seasons make up this diverse group with various specialties, and not too many of them agreed on the discussed topics. Overlapping chatter often became shouting sessions, showcasing how passionate each person was about the subjects at hand. It reminded me of debate club from back in high school. Sometimes the presented hypotheses seemed like science fact vs. science fiction, so it only felt natural to have Shatner involved with the madness.

As a star of science fiction’s golden era, it really takes a strong personality to cross over to one of History’s most popular shows — one which Shatner has. Dominating the discussion much like how the actor personally takes over sci-fi conventions like Dragon Con each year (where he is practically worshipped), he does a good job in his search for knowledge and evidence, although his opinion never seemed too swayed:

“You’re giving me facts, but you haven’t convinced me yet…” 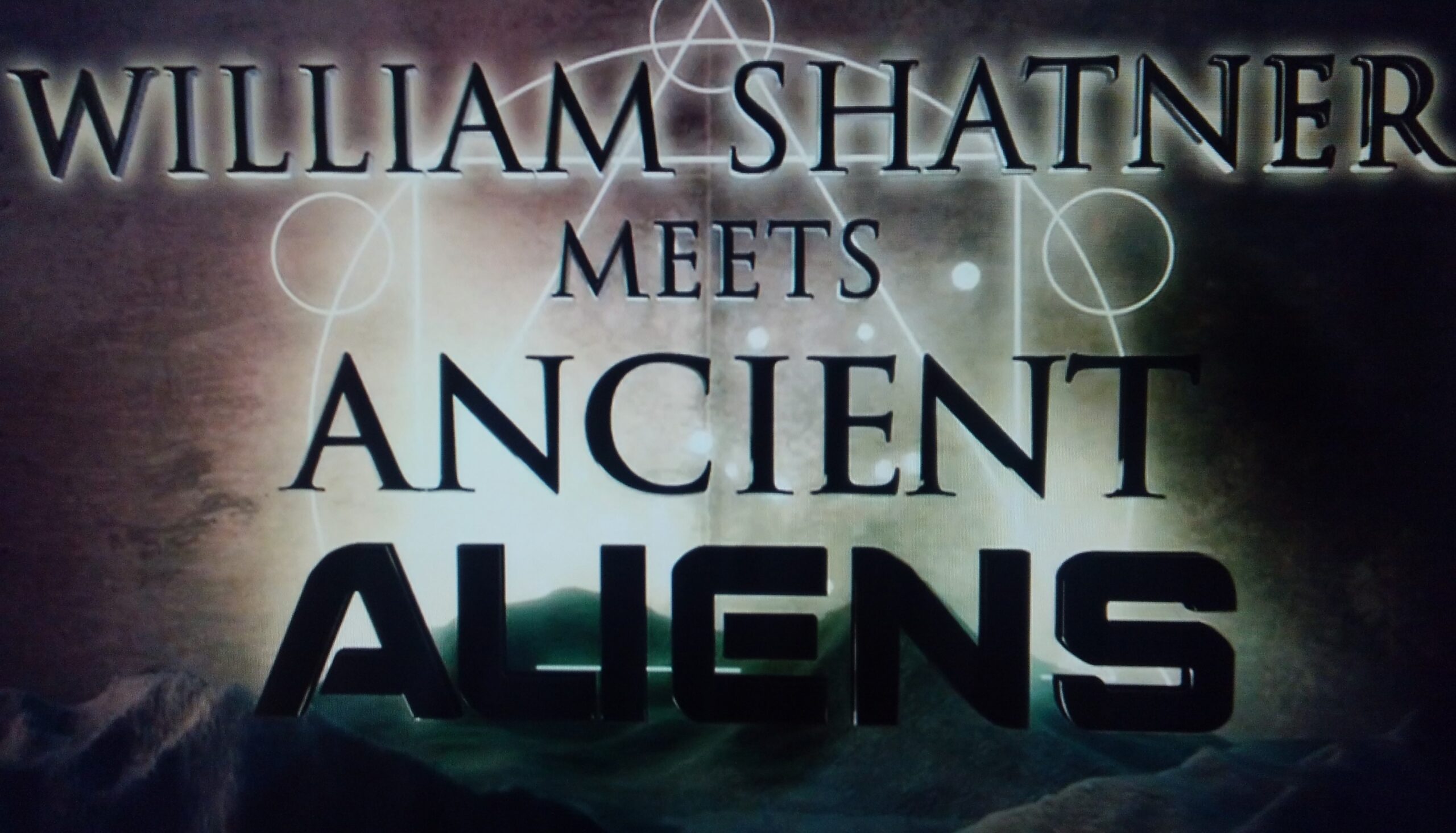 For a pseudo-documentary show that deals with unsolved mysteries throughout our planet’s history, my favorite expert, Dr. Travis Taylor, the self-avowed “Redneck Rocket Scientist” with three engineering degrees, definitely brings the knowledge and the award-winning investigative journalist, Linda Moulton Howe, brings hard evidence from past cases she’s uncovered. They’re my favorites of the bunch. Star Trek is even referenced, as a theoretical physicist describes how he crafted a mathematics equation for the creation of an actual warp drive while watching an episode of the influential show. Talk about your art influencing science.

Already host of the network’s The UnXplained, the star has previously appeared on American Pickers and another highly rated genre show (William Shatner Meets Oak Island). So, what’s next for the actor? Maybe he’ll assist with The Curse of Civil War Gold. Surely he’ll soon visit Skinwalker Ranch. Or maybe he’ll go out on his own adventure Beyond Oak Island. Having Shatner as a network mascot, crossing over to multiple series is must-see TV.

The truth is out there, somewhere, and hopefully William Shatner will find it.