The X-Files: I Want to Believe in Horror

Are we there yet?!

I grew up watching the The X-Files in its original run on Fox. Every Friday night you could find me sitting in the living room floor glued to the television as Mulder and Scully dove into the paranormal and the bizarre in search of the truth. While the TV show was heavily entrenched in an overarching story of alien abduction, conspiracy and government corruption, this was never the part of the series that interested me. It was always the standalone episodes, those self contained one-shots that I craved. While everything else about The X-Files was a blend of intrigue and thriller, these “filler” episodes were always rife with horror, humor and plenty of incredible monsters.

Always aired as “B” stories to keep audiences in suspense about the main story arch, The X-Files‘ showrunners were able to explore an incredible range of notions and mythologies when creating the two-thirds of the series that didn’t involve Mulder’s quest for answers. Episodes included encounters with ghosts inside haunted hospitals, man-eating swarms of fireflies and a commercially viable, totally original version of the Loch Ness Monster that ate Scully’s dog, Queequeg, which had been adopted by Scully from a dead woman in one of my favorite episodes of the series (and a standalone piece) called “Clyde Bruckman’s Final Repose.” Like all of the urban legends and myths the series tackled, a lot of work went into researching the stories before the writers took over and crafted something genuine and unique. But it wasn’t just tackling the pre-existing tales of mankind, but attacking us through some of our greatest fears. 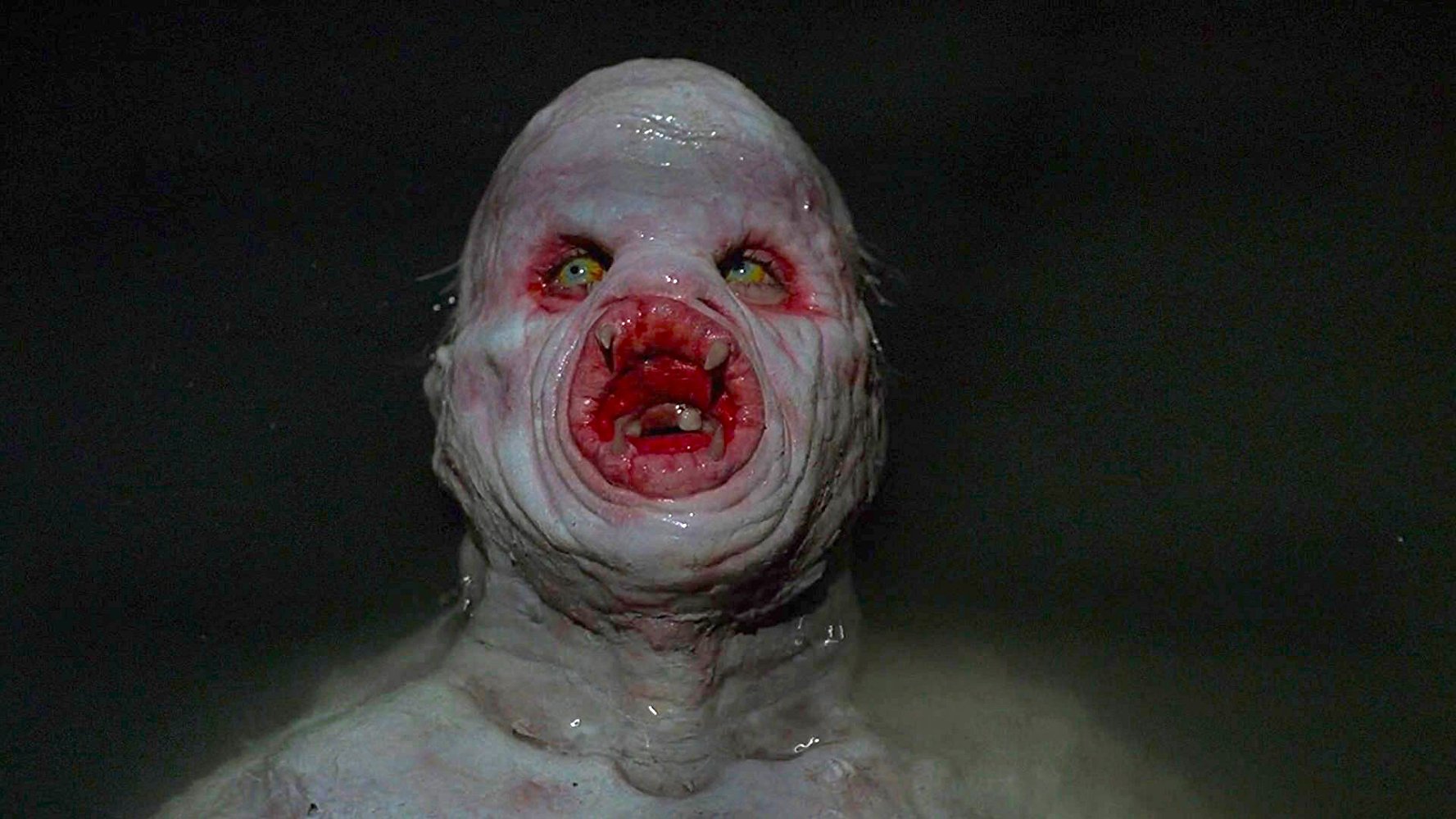 Season 2 introduced us to the most iconic, original monster in X-Files history in the one-shot episode “The Host,” as a Russian sailor turned “Fluke Man” attacks people and drains them dry. At one point, on the run from agents, the amphibious, lamprey-human mutant takes refuge in the bowels of a Port-o-John only to escape Mulder by seconds as he’s sucked into the tank of a septic truck. I’m 33-years-old now and I’m still hesitant to use a portable for fear of those yellow eyes staring back at me in the unnaturally blue water. And that, folks, is the sign of a truly original work of horror. When 20-plus years after its original air date, a story and a creature can still creep you out and be so prominent in your memory, well, it makes it a classic. There were other great monsters including the rapey, sideshow “Frankenstein” and the inbred, deformed, violent hillbillies in my wife’s favorite episode, “Home.” The series managed to balance a devotion to a very hard hitting and complex story about government conspiracies and alien encounters, while opening itself to a much larger audience with aspects of horror and the occult.

Now, I’m skeptical whenever a franchise waits 20 years to do a follow-up season, sequel or any other pertinent storytelling, and the last few years have been rife with producers dusting off properties to squeeze a little bit of juice out of this wave of manufactured ’90s nostalgia. I mean, honestly, the only thing that hasn’t been rammed down our throats in a comeback attempt are neon and pastel pigmented geometric print parachute pants and after enduring some of the lackluster offerings made to fans, I was outright terrified to think of The X-Files being on TV again. Would we have to sit through some maudlin melodrama that tries to shoehorn in every surviving character and make amends for loose ends left behind when the series finale aired in 2002? Or worse, some millennial-leaning, campy fan service that leaves the audience feeling more mocked than entertained? With episodes like “Mulder and Scully Meet the Were-Monster” and “Home Again,” my fears were put to rest. A confused, ancient shapeshifter being framed for murders he hasn’t committed and an off-brand Banksy art giving birth to a murderous thought-form creature returned the mixture of urban legend and mythological horror to the storylines of The X-Files in the most beautiful ways. 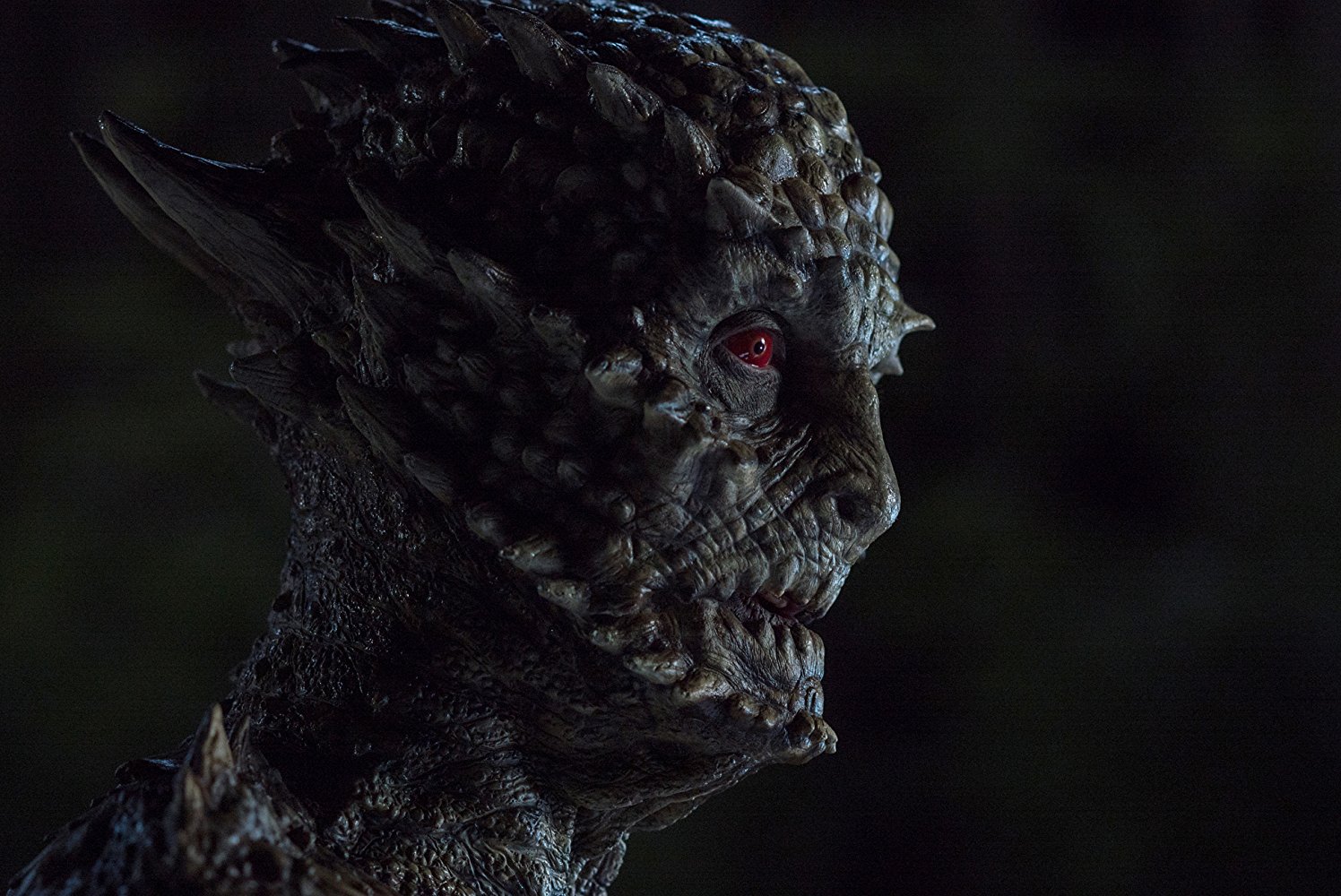 With the success of the 2016 encore season, the show is seeing new life and a return of fans to what has proven to be a more well thought out and genuinely portrayed tale about these characters and the driving forces behind them than the last few seasons of the initial run ever gave us. You can purchase and catch up on the encore season and the original series through Hulu, Amazon, iTunes and Google Play. And, as you nurse that New Year’s hangover, it might just be the perfect way to ring in 2018.

The X-Files returns to Fox Wednesday, January 3rd with brand new episodes, picking up where the 2016 season left off. Based on what we’ve seen, I want to believe that this is going to be great. I guess we’ll see.