Zombie With a Shotgun: A Kickstarter With a Unique Hook 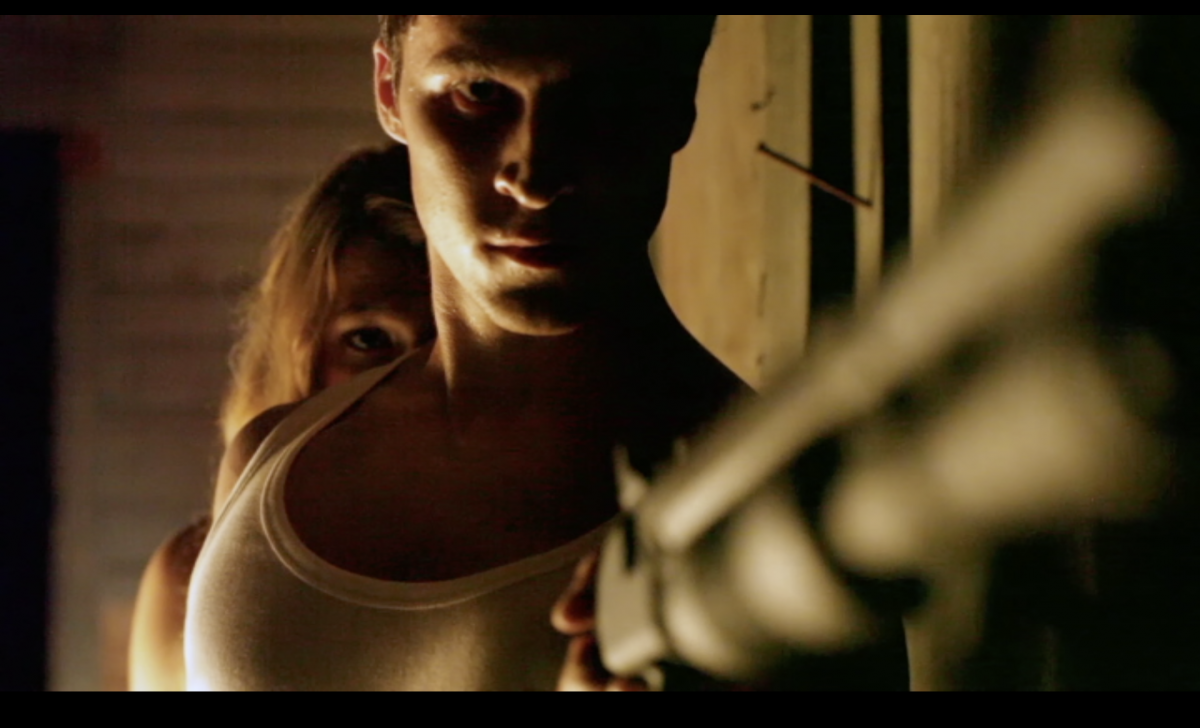 Many Zombie films share the same tropes, where the remaining humans fight to survive against the hordes of the undead and, at times, themselves. Zombie with a Shotgun takes an interesting approach, putting the Zombie as the protagonist, fighting against humans.

The Kickstarter to fund the movie claims it will be a “Zombie film where all the rules we know about Zombie films go right out the window.” The film is based on a five-episode web series of the same name, created four years ago by Hilton Ariel Ruiz. The web series and Kickstarter description show promise, with an interesting universe upending traditional Zombie film fare.

Throughout the web episodes, the viewer sees the evolution of the both the filmmaker’s talents and the direction of the film, itself. The earlier episodes start with more premise than plot, more concept than character, heavier on ambiance, than story. The characters spend a great deal of time traversing through a dilapidated, spookily lit building. The soundtrack is surprisingly good, for an independent web series — it maintains the suspenseful tones while adding to the action scenes. Ruiz plants information seeds that show what sets apart the main character’s Zombie infection from the rest of the undead, although there is little continuity between the episodes. 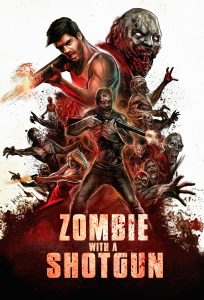 Aaron is the Zombie with a Shotgun, an infected human, slowly transforming into something beyond undead. It is refreshing to see the Zombie as a protagonist, in a film without it being comedic or portrayed as tongue in cheek. This is a serious Zombie horror movie. Once infected, Aaron’s struggle is both to survive those who may be out to hunt him as a threat, but also to prevent himself from being a threat to his girlfriend. He is weakening, but his reasoning has not yet failed.

The fifth and most recent episode highlights this conflict best, and offers the clearest glimpse into his backstory. His infection is impossible, according to a conversation with his girlfriend, Rachel. The flashbacks indicate Aaron was seen by government medical staff, but for an unknown purpose. Was he given a different strain of the virus? It is also nice to see Aaron visibly changing for the worse, looking more Zombie than human. At early infection, he has pale skin with visible veins, but the latest episode has him showing significant rot. If the film’s poster is any indication, Aaron may be in full Zombie make-up while wielding his shotgun.

The other unique draw to the series is Aaron’s unspoken connection with regular Zombies. In an encounter with a typical film Zombie, the Zombie sniffs Aaron, but does not attack. Aaron stares down the Zombie, like an alpha dog staring down a challenger. He has some control or way to communicate with the Zombie, but it’s unclear. Will we see the Zombie horde, led by an intelligent Zombie, overrun humanity? Is this the beginnings of the war against the humans, hinted by the Kickstarter? 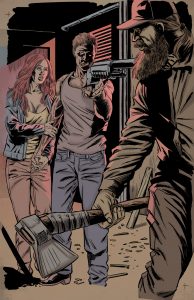 There are some unique elements and a unique hook to Zombie with a Shotgun, but the main plot details are being held close to the creator’s vest. If the Kickstarter goal is met, it will be interesting to see how many more rules of Zombie films will get bent or broken.