Alice Through the Looking Glass is Killing Time 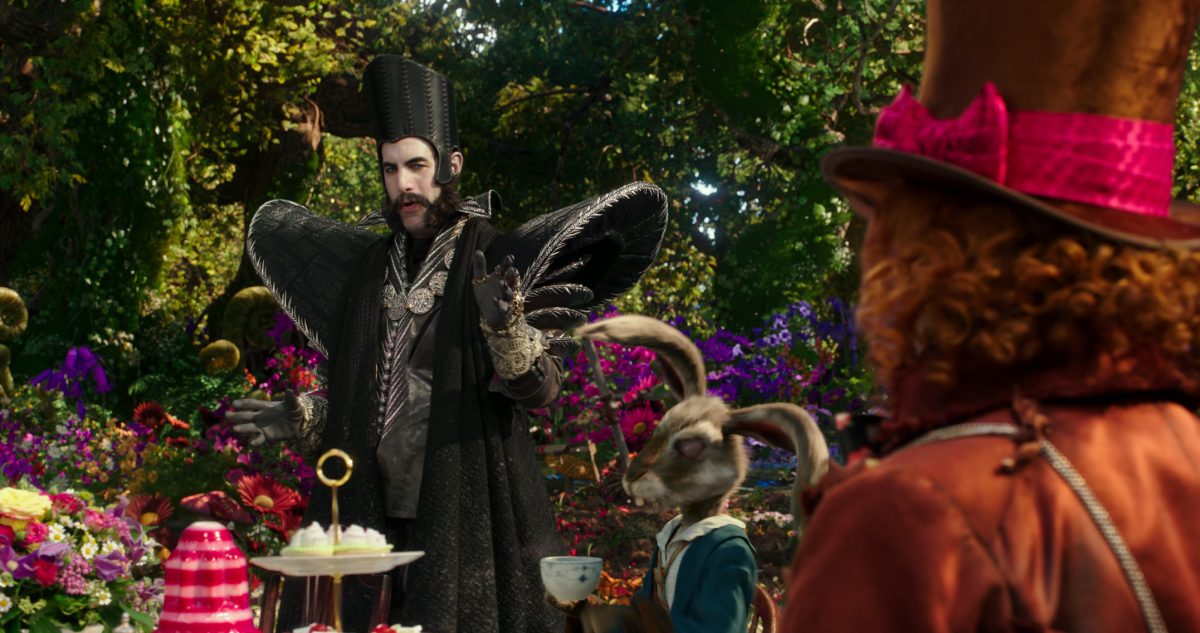 Sacha Baron Cohen is Time in Disney's ALICE THROUGH THE LOOKING GLASS, an all new adventure featuring the unforgettable characters from Lewis Carroll's beloved stories.

Per Matt
Sequels to best-selling novels, much like blockbuster movies, often underwhelm. In many ways, Disney’s 2010 big-screen adventure, Alice in Wonderland, is much like the iconic 1939 movie, The Wizard of Oz. Both film adaptations were based on iconic books and featured popular, larger-than-life characters. Sadly, all attempts at creating sequels for both of these movies felt flat and underwhelming, often straying from the original author’s source material. If the popular phrase “time is money” is true, then Alice Through the Looking Glass is doing nothing but killing time.

Much like Return to Oz, Alice Through the Looking Glass is a sequel that has less heart in its second storyline and feels like a missed opportunity for a great group of rich characters. This time around, Alice (played by Mia Wasikowska) returns to Underland, hoping to cure the Mad Hatter (Johnny Depp). Alice is sent on a time-travelling adventure that ultimately could destroy Underland, along with reality, itself, in a race against Time (Sacha Baron Cohen’s new character).

While Alice is the headlining character of this story, the Mad Hatter is the featured character here. Wasikowska portrays the strong, women’s empowerment character, who’s surrounded by lots of British actors, many of whom have previously worked together on the Sherlock TV series, the Harry Potter movies or previous Tim Burton productions. Unfortunately, all of these great actors get shoved out of the spotlight because I had forgotten how much I hated Johnny Depp’s lisp in the first Alice movie. Here, it’s just as repelling the second time around and all I could focus on.

Making this movie was a safe gamble for all involved, since the previous Disney film generated more than $330 million at the box office, but it feels more like an origin story than a sequel, venturing into the formative years of quite a few familiar faces. But instead of referring to them by their popular names, these characters now receive proper names: The Red Queen (Iracebeth), The White Queen (Mirana), Mad Hatter (Tarrant Hightopp), The Caterpillar (Absolem), The Dormouse (Mallymkun) and March Hare (Thackery). Kids will enjoy the lighter and brighter moments of the movie, while adults will recognize the true wisdom of Time, a great new character who’s introduced into this movie universe. More than likely, Looking Glass will make lots of money, but it will be most remembered as being the final movie for Alan Rickman, who passed away four months before its release. There’s a great on-screen dedication to him that may be the highlight of the entire film.