Alice Through the Silver Screen 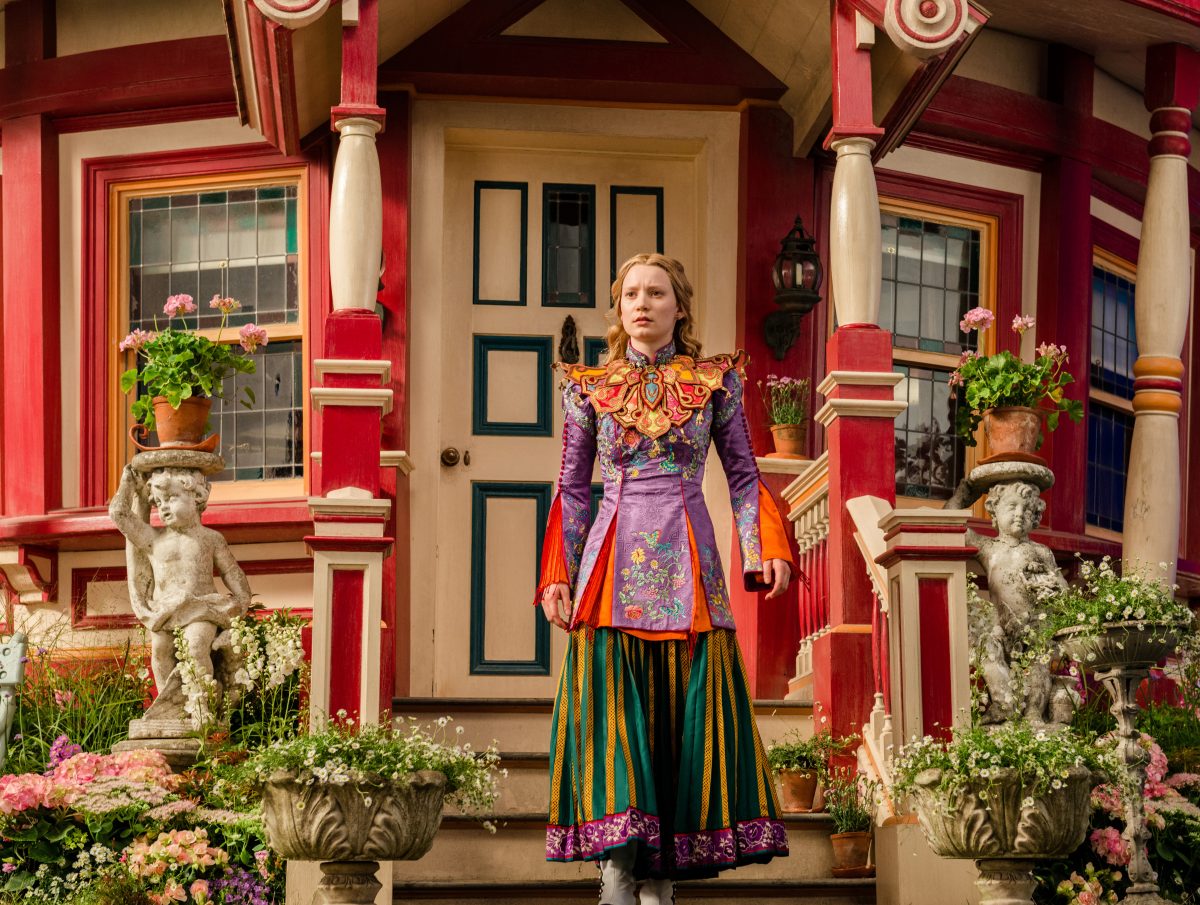 Alice (Mia Wasikowska) returns to the whimsical world of Underland in Disney's ALICE THROUGH THE LOOKING GLASS, an all-new adventure featuring the unforgettable characters from Lewis Carroll's beloved stories.

Disney has made a habit of rejuvenating itself. Within the last couple of years, the media giant has recreated two of its classic animated tales, Peter Pan and The Jungle Book, into live-action films. It’s no wonder; Mickey Mouse was the one to set the precedent for fair use of all creative content ownership at 75 years, succeeding the creator’s death. With the rights to many classic fables the studio has acquired, it is poised to take another chunk of box-office earnings with Alice Through the Looking Glass.

The fact that Tim Burton is involved with Alice Through the Looking Glass gives me some mixed feelings for this movie. Burton may shine with a great movie once or twice a decade, yet anything he has worked on that is specifically targeted to young audiences has been perfectly lackluster since his ’90s hits. Alice in Wonderland was a shining example of this. Burton’s philosophy behind Alice’s story was likely to take the absurdity of it and make it unbearably ridiculous in his own stylistic way. The problem that Burton — and Hollywood to a greater extent — has with creative control is that for some reason, they believe their creativity is superior to the source material. If producers and writers would adapt a book without trying to change it to broaden their audience, they would probably find that the evaluation of the end product would be more favorable, overall. No, they have to twist it into something that is marketable and sells tickets. Who cares what the film entails, as long as kids beg their parents to see it, based on nothing more than a 30-second commercial?

To illustrate my point, the climax of Alice in Wonderland consisted of the Mad Hatter performing the Futterwacken. Throughout the entire movie, Depp’s character hints at this mysterious thing that piques one’s interest, until it is revealed to be some lame CGI animated contortionist-like dance that has nothing to do with Carroll’s original story and was placed in the movie for ridiculousness alone. Just giving the Mad Hatter a feature role in a story that presents him in just one scene is enough to make my eyes roll. It would be the equivalent of making Lando Calrissian Luke’s sidekick in all of the original Star Wars movies. With such a disappointing first installment, it’s hard to see Alice Through the Looking Glass being any different.

If there is one thing that may benefit Alice Through The Looking Glass, it is the intricacies of the CGI animation. For typical live-action films, CGI used to be their downfall. Now that computer animation has evolved into a transparent and seamless process, Alice’s newest movie can be displayed in a way that just wasn’t possible even a decade ago. If any studio knows how to do CGI the right way, it’s Disney. Way back in 1995, Disney’s sister company, Pixar, pioneered the first full-length computer generated movie with Toy Story. With lots of trial and error, the mixing of CGI and live action has become nearly flawless. For such a fantasy-based production, the creation of landscapes and characters that are somehow both cartoonish and real at the same time gives Alice Through the Looking Glass a leg up.

2010’s Alice in Wonderland received a 52% positive review on Rotten Tomatoes and a 6.5 rating on IMDb. Even with unfavorable scores, Alice in Wonderland grossed more than $334 million at the box office. That sort of bottom line should be the only thing that matters to Disney. However, the low ratings should be a red flag, albeit a tiny red flag, for a sequel that cost them $170 million to make. My skepticism is neither an indicator of success, nor failure. In the end, the movie may be a precise representation of Lewis Carroll’s book or, more likely, a hodgepodge of his characters thrown into a completely different story. Either way, it will undoubtedly recreate the image of Alice that first became known more than a century ago.