The Amulet of Fear: A Horror Short Film Review 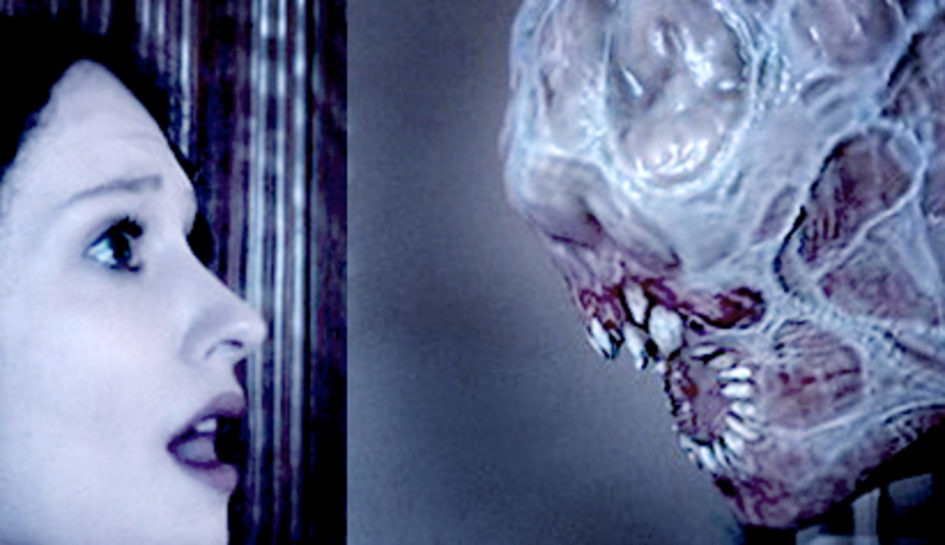 Long time, no see. Welcome back to a new edition of #HauntLife, the blog by a haunter with a twisted point of view. I know it has been a while. Between work, school (working on my Masters) and family, it’s been a long time since I have been able to sit down, collect my thoughts, and write up something that’s at least a little entertaining for you fine folks.

This week, I decided to jump back into the blogosphere with a review of Andrea Ricca’s short film, The Amulet of Fear, starring Ludovica Ferraro. This film was released on Andrea’s Youtube channel back on March 10th. It is one of many short horror films that this master of horror has to his credit.

The film centers around a single character, played by Ludovica. The girl finds a strange necklace, but thinks nothing really of it and continues on with her evening. As she cozies up with a Stephen King novel named “The Creature,” she hears a rustling noise in another room. Upon inspecting the sound, she encounters the very creature from her book.

Now, if you have ever read #HauntLife, you know I am very much into independent filmmakers. I feel that while Hollywood seems to be stuck in a rut of remakes, the truly good films are coming from people who are armed with only a camera, some practical effects knowledge and a passion for telling stories.

That being said, I had a couple of things with the short film that just bugged me. The least of the two to get to me was the bad CGI. I understand wanting to add things to your films that look amazing. But when the CGI is too amateur, it pulls the viewer out of the reality that you are trying to present. If you cannot reproduce the effect you want through CGI, then it may be best to look into doing something a little less. This may mean scrapping computer graphics and going with a more practical level of special effects. My buddy, Matt Scott, owner of Von Grimm Productions, would smile to hear me say that, as I am such a fan of virtual effects. The computer-generated creature in this film just did not move right with the background and did not react properly to things that happen in the film. And it was hard to stay convinced the actress was in danger.

But the biggest problem I have with this film is the acting. Yes, there is only one real actress in this film. And she just did not come across as being human, honestly. She did not seem overly scared seeing a hideous, slimy monster with razor-sharp teeth. She moves around from room to room in the house as if she is looking for a missing pair of shoes or trying to go to the bathroom. Even when she empties a full clip (btw, the clip is missing from the gun in the closeup shots) into the creature, the recoil is non-existent, kinda like when my daughter plays with her Star Wars blaster. She has no sense of urgency, and doesn’t even appear to be bothered in the least in most shots. Combine the poor acting with the CGI issues I listed above, and you have a recipe for disaster.

I give this film a one out of five stars. It is ambitious when a filmmaker goes out and tries to add great effects to their film. But if they miss on that, the acting and story better be strong. Unfortunately for this film, the miss on the CGI only multiplied the lackluster acting. I hope the next films from Andrea Ricca pick up the pieces left by this film and leave a better impression.