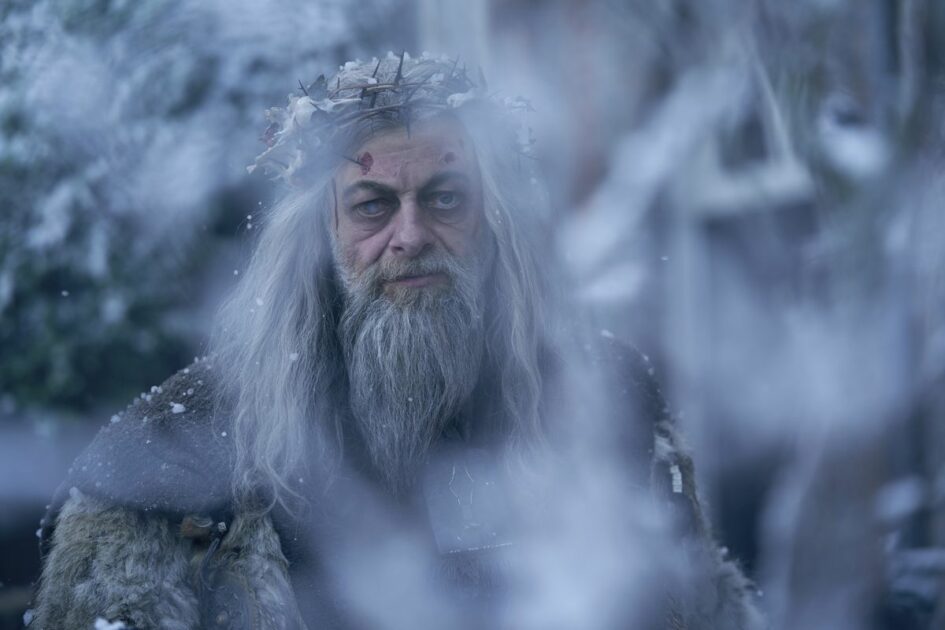 Andy Serkis stars in A Christmas Carol by FX.

What’s a holiday tradition without a good, old-fashioned ghost story? Charles Dickens’ classic gets revisited in the FX miniseries, A Christmas Carol, featuring the multi-hyphenate filmmaker, Andy Serkis. Holiday horror will never be the same.

While not the actual top-listed star of the project, Serkis brings his experience from working on The Lord of the Rings and The Hobbit trilogies, as well as The Planet of the Apes franchise to breathe new life into the Ghost of Christmas Past, in all his undead splendor.

This version of 1843 London on Christmas Eve features LOTS of internal monologues, as Jacob Marley and ultimately Ebenezer Scrooge seek redemption while embracing the holiday spirit, but it’s Serkis’ looming presence that ties the individual stories together, as he tries to remove the chains of their sins that they’ve been burdened upon, constantly dragging and haunting their existence. Serkis’ spirit guide tortures Old Man Scrooge with nightmares of his past, while promising to allow Marley to finally rest in peace.

Appearing as a sort of shape-shifting narrator, Serkis’ spirit flows through a variety of actors. Not too shabby for an actor who’s not really known for his work in front of the camera. Through motion-capture acting, voice acting and directing, his characters tend to be drenched in CGI, but here, his true acting shines through heavily covered costumes. Appearing on the big screen as Ulysses Klaue in Black Panther, to more recently as Supreme Leader Snoke in the Star Wars sequel trilogy (with an appearance in The Rise of Skywalker most recently), upcoming roles include Alfred Pennyworth in The Batman and a Venom 2 directing gig.

Having known the classic Christmas story and having watched it in various formats, seeing Serkis embody the spirit made the tale feel like it was all new again, along with the side plots which somewhat altered the source material. Serkis is clearly more than just Smeagol, as his acting makes the viewer actually encourage change in Scrooge. Purgatory, with this Ghost of Christmas Past, really doesn’t look like a fun place to live.

Upcoming voice-over roles as well as first-unit directing gigs will be the primary focus for Serkis’ near future, but I really hope he gets more on-screen opportunities to showcase his talents. Where’s the latest and greatest writer-producer to make him an offer he can’t refuse? I can clearly see Serkis as an actor-director of a would-be horror franchise just waiting for the talent to be brought to the big screen. When will someone like a Jordan Peele or even the newly minted genre filmmaker John Krasinski set up a possible meeting? Both pairings only make too much sense, so naturally they will probably never happen (or maybe it will take 10 or more years before they will).

Maybe Andy will be the next great director to reinvent the Universal Monsters for Blumhouse on a budget, or maybe it’ll simply take an idea, a pen and a pad, and the resources to finance a low-budget horror film, all by himself. That might just be the best idea of the bunch.

I can’t wait to see the next move Andy Serkis makes in Hollywood… hopefully it won’t take too long before he returns to the big screen.