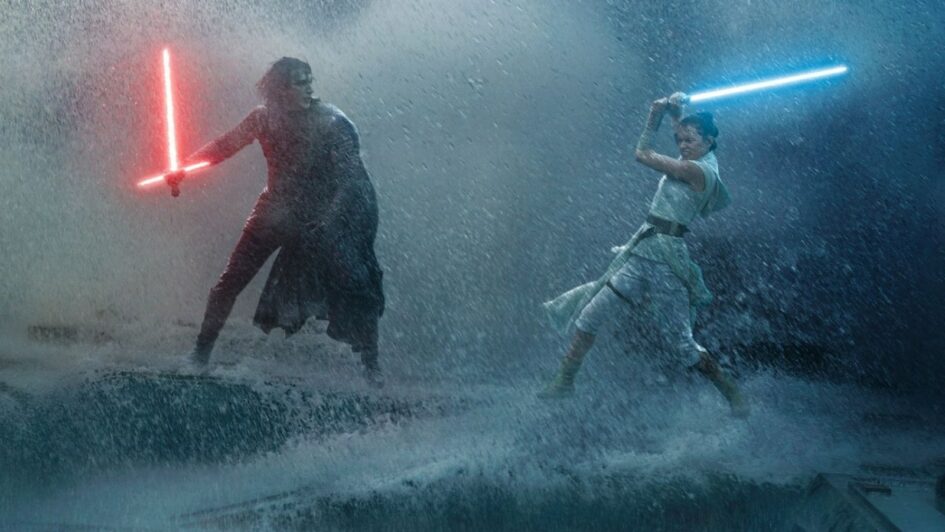 A long time ago, in a town far, far away, a little boy was introduced to the Star Wars Universe. Sitting down with his friends, the opening crawl appeared on screen, complete with the orchestral explosion that shook him to the very core. He was hooked. Even though he loved monsters, his love for sci-fi was stronger. And here was a space soap opera completely different from Star Trek, or any other show he had seen. The love was real. Many people today feel the same way I felt when it comes to the George Lucas space opera. They had the same moments, the same feelings and the same love. From the first trumpet blast, I was on the train and ate up everything the toy companies put in front of me.

In the original trilogy, you had three movies that felt like a major arc. In A New Hope, Luke was a whiny farm boy with little use of his Force powers. He began training from Ben Kenobi, but only could use his powers in the end to guide two torpedos into the Death Star. In The Empire Strikes Back, we see that Luke had done some training with Yoda, but still lacked complete control of the Force, even losing his hand when fighting with Darth Vader. And in Return of the Jedi, Luke finally appears to have completed his training, as his ability to use the Force had grown to the level of controlling the minds of people, as well as his lightsaber skills. It felt like Luke had grown before our eyes.

Flash forward (yes, I am skipping the prequels) to the newest part of the sequel trilogy. For two movies, we were given Rey as our heroine. She was smart, crafty and seemed to have a strength about her we had not seen initially in our main characters throughout the franchise. This is one of the chief complaints people had about The Force Awakens and The Last Jedi. Rey really had no “learning curve.” She was able to use mind control, use Force pushes and the like, and even was decent with a lightsaber. This was all done with very little, to no training. And when put up against the evil Kylo Ren, she held her own. Her savant skills were unbelievably as good as a Dark Jedi, who had trained for years from both Luke Skywalker and Snoke. It was this unexplained proficiency exhibited by Rey that rubbed a lot of Star Wars fan wrong.

With The Rise of Skywalker, the director and writers decided to try to tie up a few loose ends. Without giving away too much in the realm of spoilers, we find out the lineage that Rey came from, which could explain some of her immense power, and possibly how she was able to control her powers so much easier than Anakin and Luke before her. We also discover that she had continued her training with Leia, who helped her hone her skills further. While it doesn’t explain how she was able to use the awe-inspiring powers we see in this film, we at least kinda understand some of it.

The Rise of Skywalker does add some more issues to the overall storyline. In one scene, Kylo is visited by his father, Han Solo. Some confusion came up around it, with some believing that this was a Force ghost visit. However, this is not the case. The memory was just that: a memory. But it doesn’t explain why suddenly Kylo would experience it. This memory blurred the lines between memory and Force ghost. And speaking of Force spirits, Rey is visited by the ghost of Luke in another scene. Luke’s spirit is able to interact with the real world, catching a lightsaber in midair. This brings about the question of what full abilities do these Force spirits have? If they can touch things in the real world, why don’t they just stop the bad guys themselves? Could they be killed again? Just a new hole to explore that is the spirit world in the Star Wars Universe.

There are other things that cause issues with The Rise of Skywalker, but the film does do the entire saga some justice. As mentioned above, it does a nice job in explaining where some of Rey’s powers came from, which removes some of the “Mary Sue” comparisons from detractors. The story is full of redemption and coming to terms with loss. I think the send-off for Leia was priceless and drew a tear from this Digital Jedi. And we finally get to see an epic star battle that legitimately brought on goose bumps.