Avenging a Death in the Family Via the Infinity War 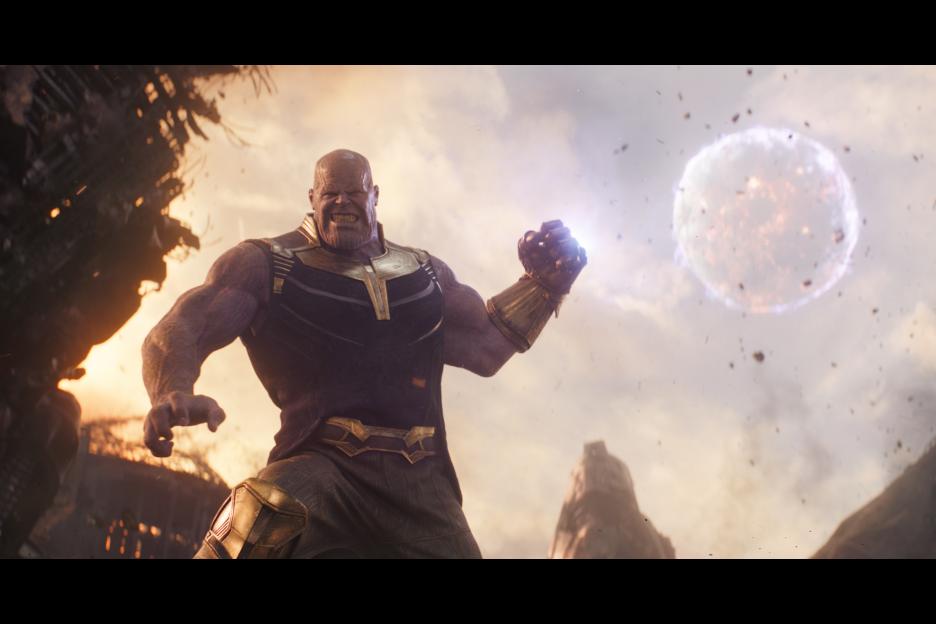 Per Matt
Death. Destruction. Loss. Marvel’s Avengers: Infinity War is full of each element. So far, it’s been 10 years and 19 movies since Marvel Studios created the Marvel Cinematic Universe and the origin story for the Mad Titan is the biggest of the bunch so far.

Anyone who has previously read the comics source material somewhat knew what to expect from this movie. But how would the MCU present it that was different from its original medium? Thanos hopes to bring equilibrium to the universe by wiping out half of its inhabitants, which includes, by the way, any superhero who stands in his way. But first, he must collect each of the Infinity Stones to accomplish his task. Speculation has been rampant for the longest time about which of the Avengers would fall. Naturally, death happens all the time in comic books and the never-ending joke is that nobody ever dies… they just get retconned and later rebooted throughout the following issues. Sounds the makings of a sequel, right?

For years, I’ve been saying the on-screen build-up and anticipation by the fans would easily propel Infinity War to become the biggest movie of the year. Then the Black Panther phenomenon happened (so far, it’s accumulated $1,331,291,387) and I began to question my assertion. Would those same fans who helped turn T’Challa’s backstory into a cultural milestone return to the same movie theaters just a couple of months later? When I attended the Infinity movie screening last week, I thought there could be a chance. Well, the superhero fans have spoken with their wallets. Opening weekend estimates have the Marvel movie collecting $250 million, topping the previous record of $247.9 million made by Star Wars: The Force Awakens just three years ago. That’s the biggest movie opening of all time. It’s huge.

By the way, the entire film was also filmed on IMAX cameras, racking up $41 million opening from 715 extra-large screens, becoming the biggest Marvel IMAX opening of all time. And overseas, the film already scored $350 million, becoming the second-highest overseas launch ever. That’s big.

And that post-credits scene only fuels the speculation for Marvel’s next savior: A female solo superhero film that hopes to become as relevant as Wonder Woman last year, proving the MCU needs more strong women in its on-screen adventures, one who will most likely save the almost-all male superheroes in Avengers 4, which arrives next year. That’s incredible.

So many spoilers from the film could be discussed and broken down in nitpicky details, but that’s something that can be addressed at another time. Right now, let’s celebrate the fact that the marvel of bringing each of these big-screen characters together in the same film actually happened in the first place. And with Disney’s purchase of FOX, maybe there could be even more MCU crossovers in the near future. That would be colossal, or should I say Colossus?

Here’s to hoping the Marvel superheroes will be reunited and appear together for a grand battle royal in Avengers 4 that will lead to many more comic-inspired adventures on the big screen.