Back From the Dead, NOS4A2 Returns 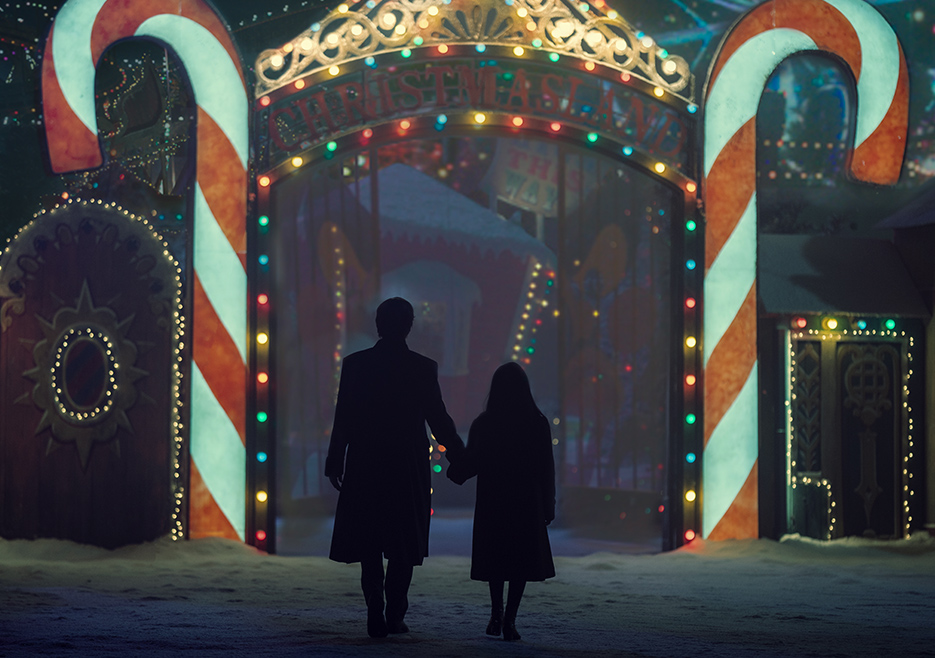 Per Matt
I have definitely had a love/hate affair with vampires. For every What We Do in the Shadows, there’s two or more versions of The Passage and A Discovery of Witches that never ultimately survive the ratings game. I’m usually quite upset after putting in the manned hours to watch every single minute of a TV show, eventually getting sucked into its mythology, only to be let down the overall numbers. So, after watching the first season of NOS4A2 and seeing glimpses of greatness, I was hopeful for a second season, but incredibly skeptical, as a viewer.

Lo and behold, the AMC Original Series was renewed for a second season — I seemed to have missed the big announcement at last year’s San Diego Comic-Con — and I have switched back over to hopeful mode.

Season 1 was a mishmash for the series. I’m still not exactly sold on Ashleigh Cummings starring as Vic McQueen, the New England blue collar artist dying to escape her small-town troubles. I am excited to see what’s new for her purple-haired, Scrabble bag-psychic friend, Maggie Leigh (played by Jahkara Smith). Together, these two characters form an airtight alliance, doing their best to fight off Zachary Quinto’s, Charlie Manx, an immortal vampire who feeds of the souls of the children who he drags away to Christmasland. It’s too bad that Vic and Maggie spend the majority of their screen time apart, wandering uselessly away from the main storyline. Good thing Season 2 received the greenlight, because I really hope the show’s executive producers can fix what was wrong with the first season and make the second one more appealing.

What exactly went wrong with Season 1? Much of the acting wasn’t great. The writing was horrendous and the direction wasn’t much better. What did happen was horror writer Joe Hill’s book series was adapted to the small screen with hopes that his name, alone, would draw in viewers (or that of his father, Stephen King). That didn’t happen, but perhaps redemption awaits the network suits.

There’s some soul searching done by the main characters about what their primary goals in life are to be, as well as a tormented soul who wants to do nothing more than to consume them. Therein lies the primary conflict. Eat or be eaten. That’s all you really need to know about the story. Hopefully, its quality will vastly improve in Season 2.

In case you need a little bit of a backstory, make sure to watch NOS4A2: Ghost, the digital short about Manx’ possessed, self-driving car, the 1938 Rolls-Royce Wraith (maybe the untitled star of the show?).

According to AMC’s official webpage: “Eight years after the events of Season 1, Vic McQueen remains more determined than ever to destroy Charlie Manx. Charlie is desperate for revenge and sets his sights on the person who means most to Vic — her 8-year-old son, Wayne.”

How’s that famous show business saying go? “Never work with children or animals.” Well, there’s a good reason for that. Both can prove quite problematic when filming. And I’m never a fan of TV shows or movies introducing babies or children into a survival horror-type of scenario. They shouldn’t actually survive, but so many times the screenwriters go against the grain by proving otherwise.

In case you missed it, here’s the official Season 2 teaser trailer: