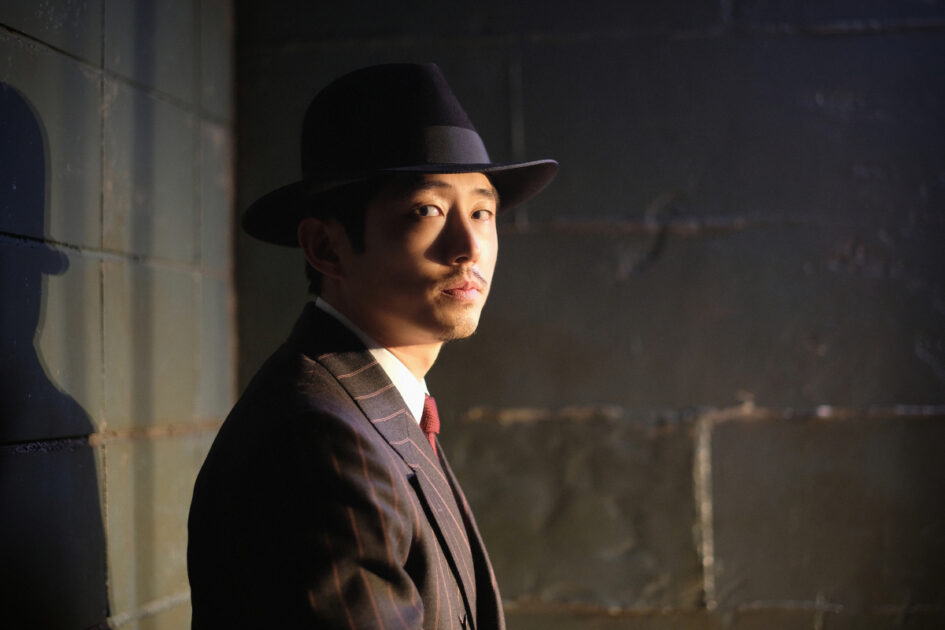 Steven Yeun as A Traveler on the CBS All Access series, THE TWILIGHT ZONE. Photo Credit: Robert Falconer/CBS Interactive.

Per Matt
Can you believe that it’s been almost four years already since Glenn Rhee was written out of The Walking Dead? It happened during a major event on the hit TV show. Not only was Negan introduced in a brutal way (mimicking the indie comic book series), but it also began a sudden downturn for the franchise. Ratings dropped immediately and the AMC chief finally realized why, years later, as Glenn was not only the heart and soul of the series, but he was also a fan favorite. Many would argue that’s the exact moment when the quality of the show’s writing took a nosedive (and they wouldn’t be wrong, really).

Since getting killed on the show at the height of its monstrous ratings, actor Steven Yeun has performed a bloody miracle. The majority of actors who leave the show early usually quickly fade into mediocrity, but Yeun’s round-about journey has led him to a handful of high-profile projects, with the latest one being a major deal at Amazon Studios!

Before appearing on TWD, Yeun appeared in a variety of guest roles (including The Big Bang Theory and Warehouse 13), and worked as a voice actor, appearing in video games (Crysis). Once stepping into Glenn’s shoes, he parlayed that celebrity into more brief roles, including a spot on Drunk History and animated visits to The Legend of Korra and American Dad! 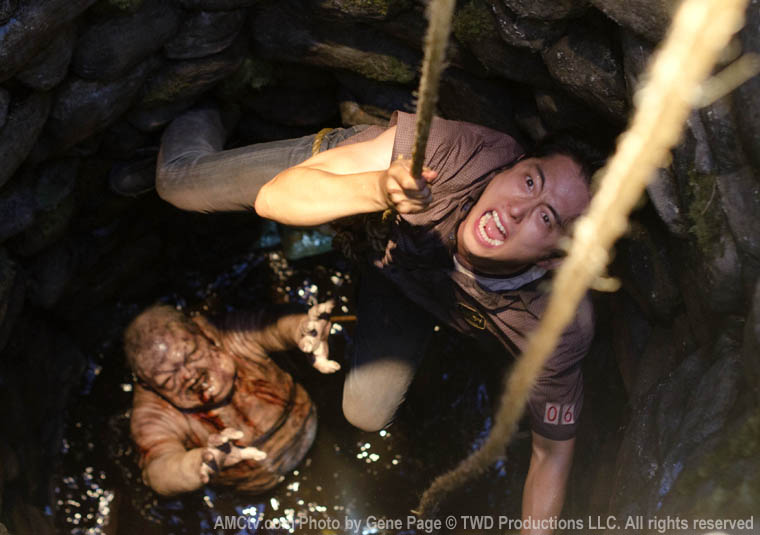 While his death was prematurely teased, Yeun hasn’t been on the show since Season 7… and his presence has been sorely missed. A variety of characters have attempted to fill the void of Glenn’s absence, but systematically, each one failed and eventually was killed off. It really is tough being the moral conscience of a collective group during the Zombie Apocalypse.

More recently, Yeun took on the role of Keith in Voltron: Legendary Defender, Little Cato in Final Space, and made appearances in Trollhunters: Tales of Arcadia, Tuca & Bertie and Robot Chicken. Live-action roles have been sparse, including Sorry to Bother You and Weird City. With major roles in American films hard to come by, Steven Yeun really carved out a niche for himself by appearing in a variety of Korean films. Okja was one of the more high-profile projects, working with Tilda Swinton, Jake Gyllenhall and Giancarlo Esposito in Bong Joon Ho’s last movie before winning multiple Oscars for Parasite and adapting Snowpiercer for the small screen. Next up was Burning, which won a variety of critical awards (including three at the 2018 Cannes Film Festival), and Minari, which won two major awards at the 2020 Sundance Film Festival.

All of this is to say that Yeun has really built upon his nationwide success of TWD, growing it into a major global audience.

Already announced is Steven’s role in A24 Films’ The Humans, which is currently in post production, appearing with Amy Schumer, Richard Jenkins and Beanie Feldstein. Most recently, Yeun inked a first-look deal with Amazon to create an upcoming television series for the streaming platform.

“I feel very fortunate and privileged, in these times, to be given an opportunity to tell more stories,” said Yeun. “I am humbled to be in such good company with the incredible talent at Amazon, and I am very much looking forward to collaborating with unique voices to tell stories that connect us.”

With the exception of Andrew Lincoln (The World’s STILL Gonna Need Rick Grimes), Yeun has gone on to become the most successful post-Walking Dead actor of the bunch (although Sonequa Martin-Greene’s headlining of Star Trek: Discovery runs a close second).

I have really missed Glenn Rhee’s character since his bloody dismissal, which could explain my overall growing disdain for series, in general. Steven Yeun deserves more praise for what he brought to the role, bringing a character to life who every viewer could relate with. Eventually, when I have some free time, I’ll catch back up with The Walking Dead, but I’ll always be a fan of Steven Yeun’s work. I can’t wait to see what he will next create.