Beer With a Brewmaster: Jared Rouben 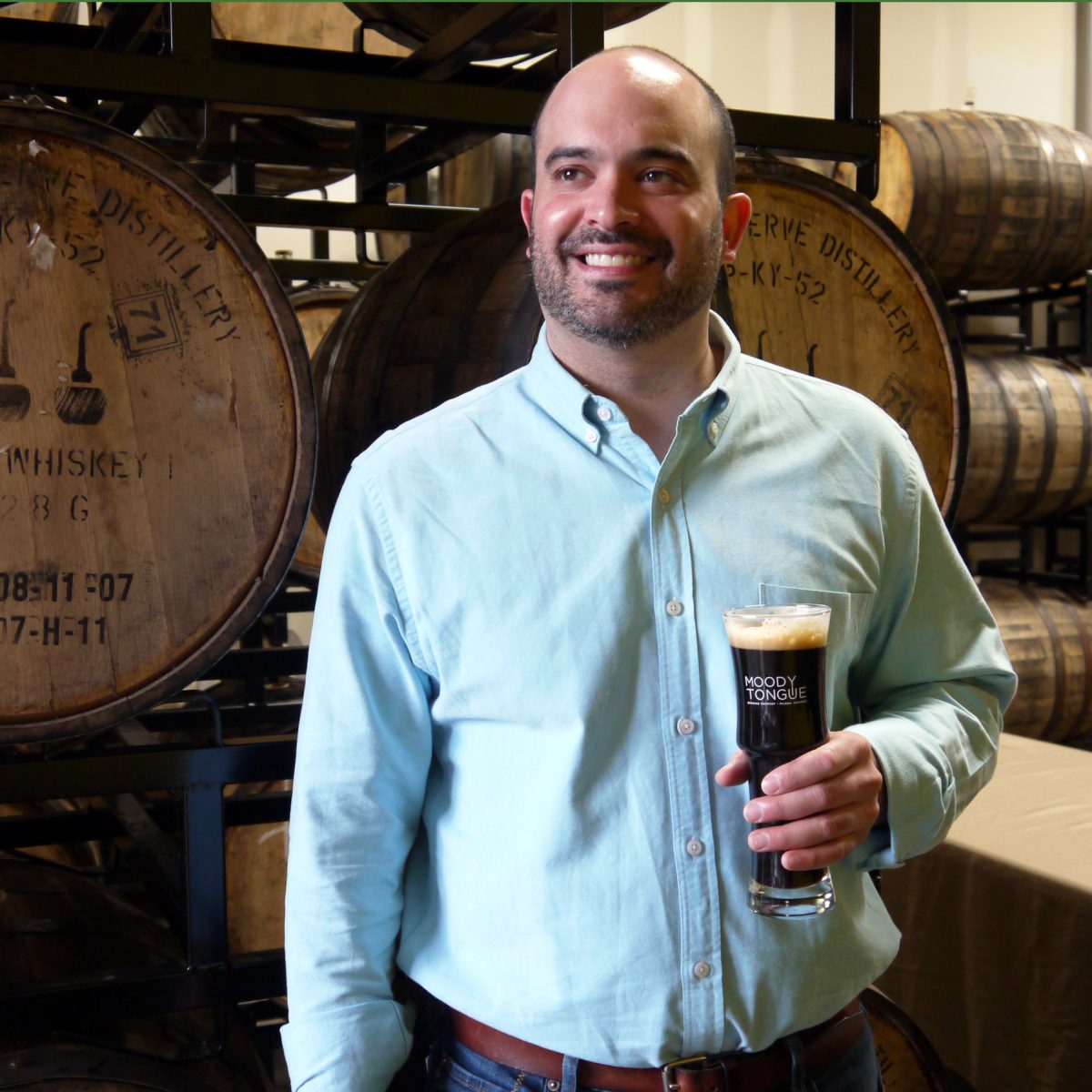 Per Matt
One of the biggest trends within the craft-beer industry is the creation of culinary beers. Executive chefs previously primarily opened restaurants, but now they are opening brewpubs, as well. The collision of the culinary and beverage industries has produced Moody Tongue Brewing Company, which has been in the culinary brewing business since 2014.

Brewmaster Jared Rouben has considerable experience within both the culinary and beverage worlds. A graduate of the Culinary Institute of America, as well as the Siebel Institute of Technology, he has worked with some of the most celebrated culinary and brewing minds in the country. While attending a brewing course at Siebel, I met with Mr. Rouben to discuss the Chicago craft-beer scene, his brewery’s soon-to-open tasting room and what it means to have a “Moody Tongue.”

Please tell me how you got your start in the brewing industry.
– “Well, just like you, I made the great decision to apply to Siebel and then join the student team. I took the exact course you’re taking, the Concise Course in Brewing Technology, and met some fantastic professors, who guided my next couple of steps toward becoming a brewer and certainly made a lot of great friends in the class, too.”

How do the brewing and culinary industries compare to one another?
– “They’re actually quite similar. We take raw ingredients, we manipulate them with time and temperature, and we create something that people love to consume. The only difference is people consume what I create out of a glass, instead of from a plate. And now I get to intoxicate people. (laughs)”

What are some advantages you bring from your culinary experiences into the brewing world?
– “I think having a strong understanding of vocabulary has certainly allowed me to communicate with the front of the house and the back of the house in restaurants with fellow brewers, cooks and chefs, as well. One of the things we share is food. Ever since the day you were born, you’ve been eating. It’s something that you can speak to, but more often than not, we don’t speak to it. For example, when someone puts a beer in front of you and we enjoy it, we say that it’s good. We don’t describe what parts of it that we enjoy, like the lemon or the lime flavor profile or the grapefruit aromatic. When you’re describing things, it’s ‘good’ or ‘great,’ unless you know the individual or know where they came from, you really don’t know what they’re speaking to. So, I think that’s why vocabulary and communication has really helped me.”

I’m guessing you have a good palate, as well, working in the food and beer worlds.
– “Yes. It’s certainly not something that I take for granted. I always look at one’s palate as something that you’re constantly challenging, whether it’s through food or it’s through beer. I mean, beer is like a food, right? I’m not the first person to say that. When we’re able to talk about flavors, tastes and aromatics, then we’re really just blending the culinary world and the beer world together. Hopefully that happens sooner than later, because the end result will be a delicious product, whether it’s a liquid or a solid.”

What does it mean to have a Moody Tongue?
– “Moody Tongue just means someone with a discerning palate. Someone who cares about what they consume. We like to say that we create culinary beers and that’s just beer that’s taken a chef’s mindset to highlight the flavors and aromatics within. It rests on three principles: First, sourcing. Find the absolute best ingredients. Second is handling. When you get that great ingredient, knowing how to handle it and taking care of it. Third, knowing when, where and why to incorporate it back into the liquid. It’s the same things that we do in the kitchen and the same things any great chef would do in the kitchen. When you have a great ingredient and you understand it, and you know how to put it back into play, you’ve the opportunity to create very delicious things.”

Do you recommend people moving from the food industry into the brewing world?
– “I think they already have. It’s one of the biggest trends, right now. Well, Rick Bayless, one of the most well-known chefs in Chicago and also in our country, is creating a brewpub. Matthias Merges, who is a chef at Yusho in Las Vegas and Chicago, is creating a brewpub. Hopefully, people with culinary backgrounds will continue to do so. I think that they have a lot to share. Brewing is quite similar to baking: You have to be very precise and have everything measured perfectly. There’s no instant gratification. We have to wait, whether it’s in an oven or a fermentation tank. I like the fact that you’re committed. I can’t fix anything with cream, butter or salt, whether it’s a beer or it’s a cake. You’re all in, so you better get it right the first time.”

Please describe Chicago as a craft-beer scene.
– “It continues to grow. I think, with so many Irish, German, Czech and Polish people creating this wonderful melting pot of people who live here, who grew up with beer in their blood, it only makes sense that the interest of craft beer resurrected itself. People want options these days and people are thirsty in this city. They like food, sports and beer — certainly not in that order. If you’re a part of that three, you’d better get ready to make a lot of beer. Everyone’s been really supportive, from a consumer’s standpoint, but also from a chef’s standpoint. It’s been fun.”

Please tell me a little about your flagship beers.
– “The four beers that we’re sharing right now are: Applewood Gold, Steeped Emperor’s Lemon Saison, Sliced Nectarine IPA and Caramelized Chocolate Churro Baltic Porter. What we like to do, with our naming, if we can, is introduce it with the culinary technique, first, the flavor and aromatics you’ll experience and then the beer style. So, if you’re a foodie, you’ll know two out of three of the words. If you’re a beer geek, you’ll know one. We do this to be transparent with the guest. You have so many options and I want people to be comfortable in what they’re purchasing, before they open their wallets. The only way to do that is to give the beers a description, right there on the bottles.” 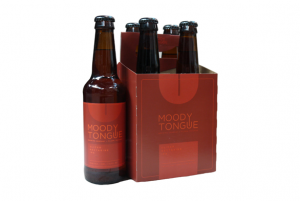 Where can people purchase your beer?
– “It’s distributed in New York, Chicago, Las Vegas, Louisville and Houston. We’d actually like to be in Nashville, by the end of the year. I’m a big fan of Tennessee and growing up in Kentucky, I wasn’t too far away. We want to be in cities and communities where food is important; where people are comfortable speaking to it and serving it. We’re really happy with our current locations and look forward to growing in more food-centric cities.”

In addition to all of your other roles, you also teach at the Siebel Institute of Technology.
– “I do teach here. It circles back to my passion: beer and food. Siebel created a beer sommelier class and that’s been bringing beer and food together; sometimes used as a pairing item, sometimes used as an ingredient, speaking to beer as a food, in itself. I had this great opportunity to speak to students, take them into the kitchen, and be able to cook with them and pair with them. I get the opportunity to share information with students, who also care about beer and food. I have the same opportunity within the Cicerone program, as well. I’m an examiner for the Master Cicerone classes, once again pairing beer and food. It’s kind of my section.”