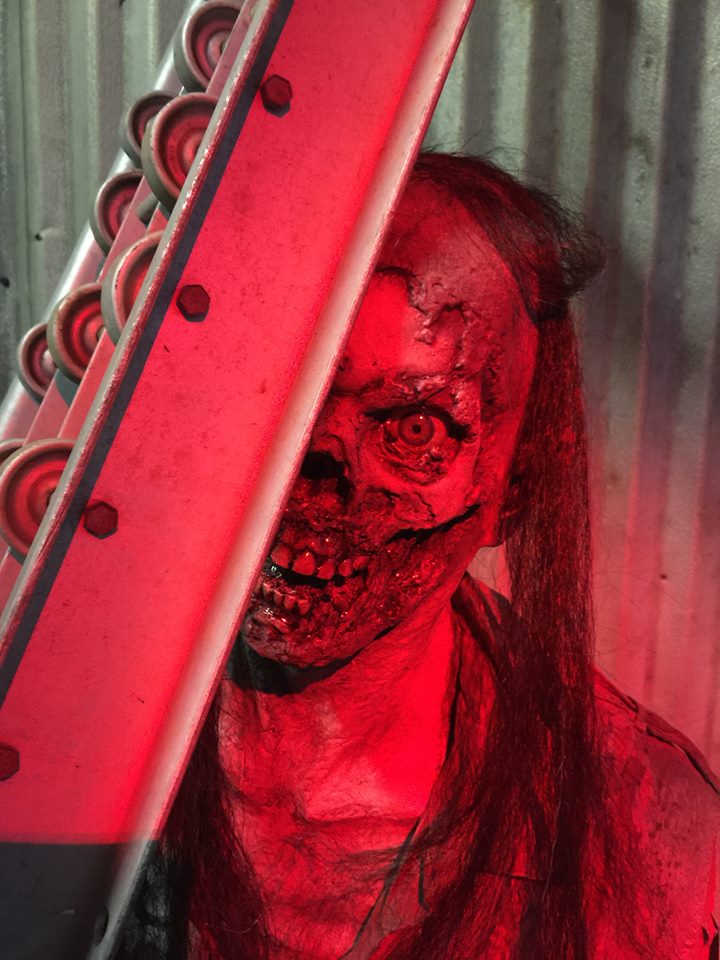 The weekend of June 24th was just your average, hot, steamy day for most people in Nashville, TN. Many spent the day at the pool. Some mowed their lawns. Others had cookouts and family gatherings, not for anything in particular, but just to have their social fix for the month.

But others decided to leave the land of the living behind and brave the dark, dank corridors of Nashville Nightmare and face off against the hordes of the undead that dwell within.

Zombie Apocalypse Live is a touring adventure game presented by 13th Floor Entertainment. This tactical Zombie adventure allows groups of individuals to take aim at the Zombie hordes inside some of the world’s top haunted attractions. Each week, this road show makes its home in a different city. Some of locations that they have visited include Denver’s Asylum Haunted House, Chicago’s 13th Floor Haunted House, Atlanta’s Netherworld and Phoenix’s Fear Farm. Thus, Nashville Nightmare is in good company with that list of the best haunts around!

Nashville Nightmare chose to offer two of their four haunted attractions for this event. All guests got to experience the halls of Horror High as the main tour. The Nightmare build team has worked all off-season long, transforming this venue for its possible final year, and pulled back no stops in the terror department. And for those who purchased the Special Ops package, they got to experience the brand-new haunt for 2016, Industrial Undead. The fright team at Nashville Nightmare packed the house, serving up more than 60 actors for this special occasion, more than any other haunted house had even come close to providing. Not only did this make for a target-rich environment, but it also created a true sense of being in the middle of the end of the world. With the walking dead coming out of every nook and cranny of the halls, everyone channeled their inner Daryl Dixon to survive. 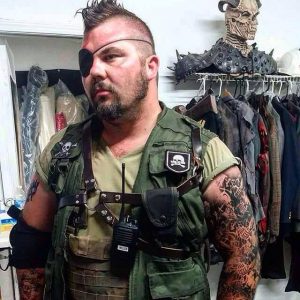 The storyline behind the event was tweaked slightly, because of the sheer size and number of actors in attendance. As soon as guests arrived, they were immediately dubbed “recruits” by the ragtag band of paramilitary soldiers stationed around the perimeter of the facility. Once they had their tickets in hand, they were under the command of Colonel Snake, a one-eyed badass solider sporting a Mohawk and tattoos that would make even the most hardened biker gang member envious. Snake led the groups into the armory, where they were given their weapon: A modified M4 assault rifle. These rifles were not cheap plastic toys; they were the same tactical training guns used by the real military. Once armed with their weapons and given a quick set of instructions, the recruits entered and started their assault on the undead. The first adventure took about 25 minutes to complete for most groups. Industrial Undead added an additional 20 minutes to their time.

Now, from my view, I didn’t get to go through with groups. My job, for the night, was at the very, very end. As each group exited, I got my shot at them. Camera in hand, I had each and every group give me two poses. The first was that casual “I just survived the Zombie Apocalypse and had a great time” look. Then, we cranked the adrenaline up about 10 notches. For their second pose, I had to see their “action hero” stance. I wanted to see something that would make Arnold Schwarzenegger jealous. And, boy, did the recruits deliver. I don’t think, out of the 500+ people I saw per night, a single one failed to deliver. 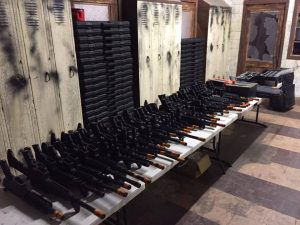 Zombie Apocalypse Live is an amazing event that you simply must visit. As I mentioned, they tour the world, heading to Paris in a few weeks after a stint on the East Coast. The team brings their A-game each and every night, and made everyone who came out feel like they got their money’s worth. My suggestion, for anyone planning on doing this, is to buy the top-value package. It’s worth it to enter both haunts. Worth every single dollar.

Next week, I will start my series on escape rooms, beginning with the No. 1 escape game in Nashville, the Nashville Escape Game. I took a group of co-workers there, a couple weeks ago, so I will be reviewing the game that we played. This weekend, I will be checking out Breakout Nashville with another group of friends, so expect a full review soon. And finally, a couple of friends of mine told me this week that they are opening a new escape room in Texas, and I will be their consultant on the venue. Expect tons of stories from this new adventure! This should take us right up to the beginning of haunt season, which is my favorite time of the year (as you can probably tell).

So, until next time, enjoy the #hauntlife.