Cola Wars is American as Soda 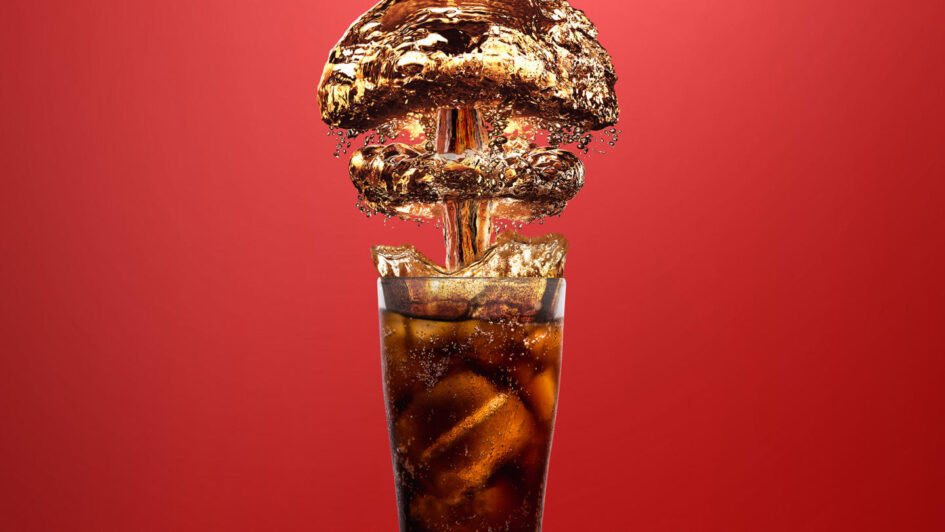 Per Matt
Coke vs. Pepsi. The battle lines were drawn many years ago and the fighting continues today, but do you know the real stories behind the company’s headlines? It may not be apple pie, but Cola Wars attempts to tell those tales in this truly American documentary.

What’s your image association with soda pop, or carbonated, flavored sugar water? No pressure, but there’s billions of dollars of revenue lying in the balance.

Through archive footage, vintage commercials and interviews with authors, journalists, historians, marketers, publicists, marketing executives, celebrity cameos and a Billy Joel music video shout-out, the oral history is detailed behind Coca-Cola and PepsiCo, while highlighting the timeframe when Pepsi made its big move against Coke.

I’ll readily admit I’m a sucker for a good documentary giving behind-the-scenes information from actual events that I’ve experienced and the perspectives of the people who made the big decisions. This documentary, which originally aired on the History Channel, gives plenty of tidbits that fueled the fire between two U.S. companies vying for worldwide supremacy… or at least the ability to sell a few more drinks than their rival.

As a Child of the ’80s, I loved seeing the pop-culture moments that helped (or hurt) these companies, as they did everything remotely possible to extend their realms of influence. The “need” for unessential products was (and you could argue STILL is) abundant as commercials flow at a non-stop pace through a variety of media. What I didn’t love was the perceived bias from the movie’s producers.

While there’s only a couple of presenters here who at least act like they’re unbiased, the majority of the people interviewed were former Pepsi employees, and they’re very opinionated. Only a few Coke employees are shown — and very briefly. It’s too bad, because the majority of the two-hour run-time is spent dissecting the New Coke disaster, while Pepsi‘s failure flashed onto the screen for two whole seconds, as an ad for Crystal Pepsi quickly disappeared, so clearly there wasn’t a equal amount of time discussing each side.

Redemption was a real for Coke, as its global market share grew by 10 times once Coca-Cola Classic was introduced and I love the conspiracy theory that states that was the goal, all along. I wish some time had been spent talking to loonies who could prove that idea. Woulda been comedy gold.

Geographical preferences were built into the brands, no publicity was bad publicity, celebrity culture advertising campaigns celebrated the user instead of the product and the revelation that Coca-Cola didn’t own the brand… the consumer did — that was incredibly powerful!

While I never got to experience The Pepsi Challenge myself, I would have loved to have been a part of the process. Seeing some of these “experts” challenge their taste buds was entertaining, to say the least.

More than 125 years after the two titans of the beverage industry clashed for the very first time, the battle continues.

Being from the South, I will forever be a fan of “Merchandise 7X,” also known as the secret formula, but I sure would like to see a resurgence in edgier advertising from Coca-Cola. Bringing back Max Headroom might just be the choice of a new generation… again!