Cosplayer of the Month: Stephanie Stevens 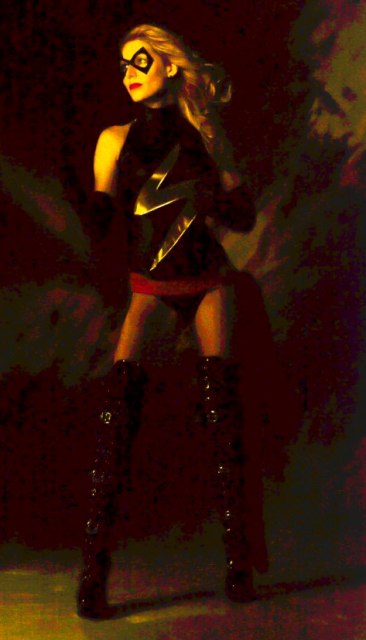 Our Cosplayer of the Month is not only an actor and a model, but she also fulfilled a cosplayer’s dream come true by acting in a film project as her cosplay character. In our interview, Stephanie discusses making costume improvements, casting calls and marching in the Dragon Con parade.

How did you initially get involved with cosplaying?
– “I’d love to have a really noble answer, but my superficial answer is that I love acting and played a series of roles beforehand, where they were pretty or intriguing, and I just wanted to play someone hot. And Ms. Marvel is hot and powerful. That can’t be beat. I found the costume online, and it arrived literally the day before we filmed.”

How long have you been cosplaying?
– “In my head or in reality? Because I’m always cosplaying in my head… It really started with Ms. Marvel, although, I did make my Mom sew a Daphne costume for me when I was just out of college, so I could be from Scooby Doo. I had the strawberry blonde hair at the time to pull it off.”

What was your first costume?
– “I’ve always loved costumes and dressing up. My very first would be Annie. I still have my Annie wig, but I don’t have the dress. Considering I was 4 or 5, it wouldn’t fit anyway. I can sing the songs still; however, you’d probably pay me not to. I still have stuff from my costume box that my Mom gave me and I even wear some of it now. I didn’t make my costumes. I have a sewing machine that I had to have and it’s still in the box. I do cheat and hot glue, iron on sizing tape, pin, but mostly use my AMEX. I do cut out sticky-back felt for the Ms. Marvel mask and stick it to my face. Plus, you can take the remains and make odd beards and eyebrows… I’m easily entertained.”

Do you ever create costumes for others, or only for yourself?
– “I like to fix up other people’s costumes and add to them. And I collected pieces from thrift stores for years… just in case.” 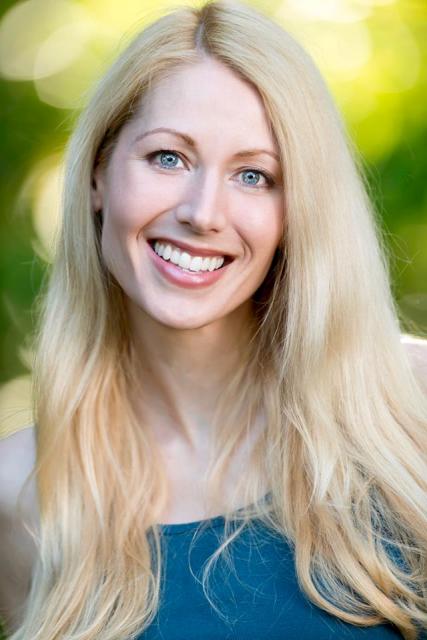 What are some of your favorite costumes to wear?
– “Ms. Marvel is my biggest fave, Alice in Wonderland, Daphne from Scooby Doo, Super Girl, I keep adding them…”

If you could offer advice to beginner cosplayers, what would it be?
– “Jump in. Don’t go halfway. You are either all in or all out. Commit to it. Go to Dragon Con and find others who share your interest. It’s Halloween on steroids… You can’t walk away from it uninspired. You will be taking notes and planning.”

I think Ms. Marvel’s backstory has changed on several occasions. Can you simplify it for me?
– “It has. In 2014, she is a Muslim teen. Totally taken from Wikipedia… ‘Carol Danvers, the first character to use moniker Ms. Marvel, first appeared in Marvel Super-Heroes #13 (March 1968) by writer Roy Thomas and artist Gene Colan as a non-superpowered officer in United States Air Force. After being caught in an explosion with the Kree superhero Captain Marvel in Captain Marvel #18 (November 1969), Danvers resurfaces in Ms. Marvel #1 (January 1977) with super powers as result of the explosion which caused her DNA to merge with Captain Marvel’s. As Ms. Marvel, Danvers becomes a mainstay of the superhero team, The Avengers beginning in The Avengers #171 (May 1978). Danvers goes on to use the codenames Binary[1] and Warbird[2] and as of July 2012, Danvers assumes the mantel Captain Marvel in honor of the hero who gave Danvers her powers.’ She loses her powers to Rogue.”

Which backstory do you think would be more suitable for the big-screen treatment?
– “Probably the more famous Rogue and Ms. Marvel.”

What actress do you think would portray the character best onscreen?
– “Depends on how you want to cast age-wise: Scarlett Johansson or Robecca Romijn. They both have intelligence and sex appeal.”

Speaking of acting, you’ve performed in quite a few movies. How did you get your acting start?
– “I started really young in plays. I was VERY shy. Somehow, if I couldn’t see the audience in the lights, I was fine. Really hit the indie scene a couple of years ago. I thought I would dabble. I got a callback on my first audition and have been rolling along ever since.” 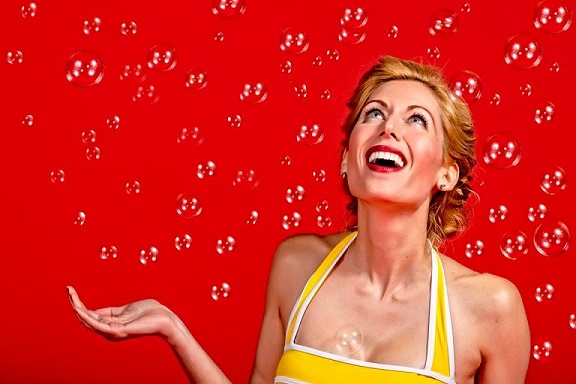 What’s one of your favorite acting experiences?
– “There was a close-knit group of actors who attended a workshop called The Actor’s Journey and one day we worked on our weaknesses. Mine is really letting go and crying and letting the emotion pour from me in a giant river. It was a powerful day. That was a turning point.”

Do you find it easier to be a cosplayer since you’re an actor?
– “I’d enjoy it either way. It feeds my creativity and improv skills and makes me a better actor.”

You embody Ms. Marvel in Uncanny X-Men. How did you get this ultimate cosplay-turned-acting role?
– “The Uncanny X-Men fan series was a lot of fun! This is the fan series by Eric Green. I auditioned for a different part and then got a call about Ms. Marvel. I actually moved into cosplay from the role vs. the other way around. They had six directors filming the series in Atlanta. And I had the pleasure of working with some really talented actors. I not only learned a lot, had a lot of fun, was a part of an incredible series, but also made a lot of great connections with the actors and directors. I’m enjoying working with them on other projects, as well. Plus, it never hurts when you can be in the Dragon Con parade. I fell in love with the event!”

How many conventions do you normally attend a year?
– “Just Dragon Con, at the moment.”

What do you enjoy the most about Dragon Con?
– “The creativity and the spirit of everyone there. I really get inspired.”