Deciphering the Clues of the Manifest Finale 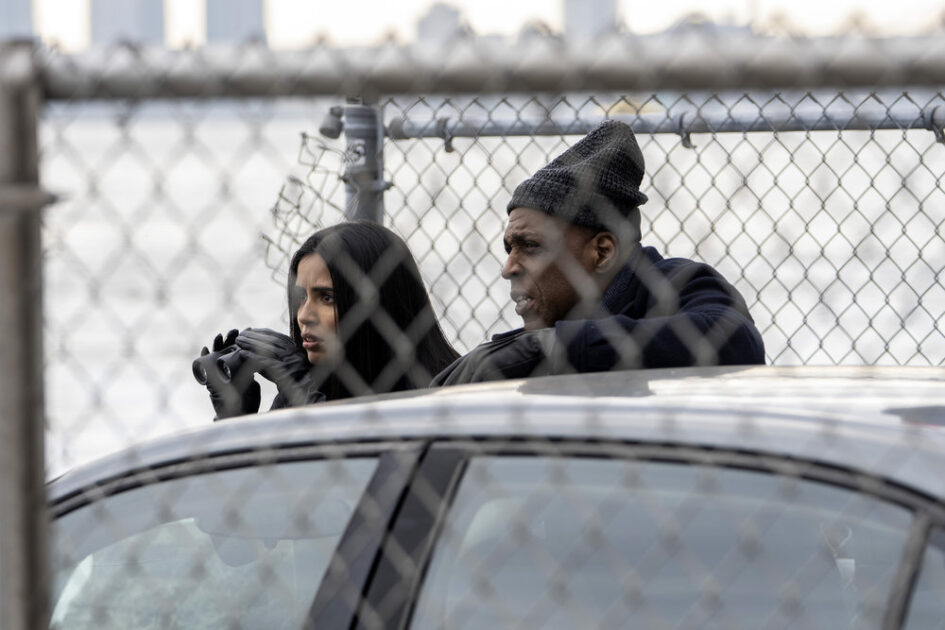 Be on the lookout for tons of unanswered questions!

What’s the commonality between death dates, an undercover hostage exchange that goes sideways, a doomsday theory and an industrial-sized box of crystal meth? They’re all clues used, in part, to define the season finale of Manifest.

“Icing Conditions” wrapped up Season 2 of the sci-fi drama, as the survivors of Montego Air Flight 828 are still receiving Callings, interpreting their clues to decide whether they are for a greater good, as we’ve seen so far, or could they somehow have a more sinister background? Our hero, Michaela Stone (played by Melissa Roxburgh), previously used her instincts to go against a Calling, resulting in the kidnapping of her young nephew, Cal (still the best-written character, if underused so far, played by Jack Messina). After a quickie wedding, her career is on the line as she decides to do whatever it takes to save him.

Saanvi’s breakthrough research and subsequent termination from her hospital job proves that in the overall mythos, she’s important, even if she barely receives much screen time. The return of NSA Director Nance proves the fan-favorite character is back as an ally to the underdog main characters, fighting against a corrupt government agency that seeks to weaponize the survivors’ genetic mutations. Speaking of evil agents, The Major made a brief appearance before being written off, never quite living up to the hype all the other characters placed on her importance.

As the episode concluded, a mighty bolt of deus ex machina saved the day… bringing with it, even more questions. What happened to the three drug dealers who had previously crashed through a frozen pond? Their bodies magically disappeared underwater — flash forward to a fishing boat, which discovers portions of Flight 828 that’s also found underwater. But that plane returned after a five-year absence. Huh? Could we be dealing with a multiverse-type of Endgame scenario? That’s some sort of cliffhanger.

These characters now trust their Callings, but must each one of them go through some type of hell in order to survive their previously decided death dates? Zeke’s back-to-life, back-to-reality plot twist enlightens even more questions. Can one simply sacrifice themselves for the greater good, in order to escape death? Sounds like a similar plot device that brought many laughs in This is The End.

All of this begs the question: Will Manifest be renewed for Season 3?

I’m not gonna lie. On an episode-by-episode basis, I get incredibly frustrated with the show (Why Am I Still Watching Manifest?). Through the first season, clues were few and far between, regarding the unsolved mystery. It seems the writers upped their game for Season 2 and there might actually be an overall storyline mythology they’re following, almost as if they weren’t making it up along the way (unlike the first season), but some episodes still crawl along.

I’ve grown to accept and somewhat respect Michaela (although I usually don’t agree with the character’s actions). For the most part, the survivors — including Michaela — still don’t know what exactly happened to them on Flight 828, or understand why they’re receiving Callings. Each one seems to decipher them a little differently, leading to a variety of results and plenty of confusion. Unfortunately, that’s the same outcome for the viewers as well. Luckily, the season finale brought in higher ratings than usual, as U.S. viewers climbed to 4.36 million to watch it. That’s not a great ending to the season, as the pilot brought in almost five times that audience, but it is an improvement.

So, should the show be renewed or canceled?

For long stretches, I lose interest in the show. But I despise programs getting cancelled without revealing their conclusions. Viewers have mostly abandoned this sinking ship, so I’ve got a workable compromise. I’d be OK with a two-hour TV movie that wraps everything up nicely, at the very least. Ideally, I’d prefer six more episodes to build up to a crescendo, then the show can fade away into network reruns before the audience totally disappears. Streaming services and premium cable networks have been known to use the six-or-less episode guideline successfully, so there’s no more need to follow the network’s antiquated episode requirements… especially when there’s far too many filler episodes, only meant to round out the purchase order.

Manifest has a great concept to pull you into watching, but ultimately, the viewers didn’t stick around to allow the writers to find their way. Hopefully, a conclusion can be found sooner, rather than later, for everyone’s sake.