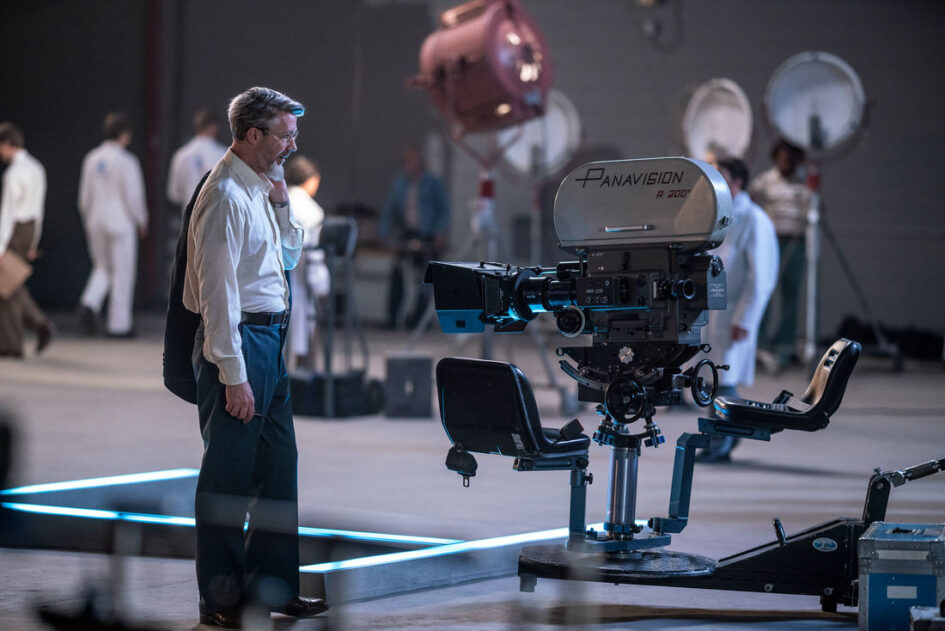 In a world where the truth is out there, but exaggerations definitely pay the bills, History’s Project Blue Book somehow falls between the cracks.

Catching up on the remainder of Season 2, I somehow managed to binge-watch six episodes in one day and let me say… that was a doozy. While I don’t normally cram half a season of any television series into one day, I had fallen behind and wanted to catch up during a lazy weekend. The second season of this TV show examined Cold War fears and paranoia intertwined with unexplained and unsolved mysteries, mixed in with some pseudo science.

While there was some reverse engineering of futuristic technology, the season finale also incorporated Asian horror film elements, along with finally bringing Unidentified Submerged Objects (USOs) into the storyline. It only took two seasons to finally introduce a totally different phenomena to the mythology (and probably one that’s most documented throughout history). Sometimes, truth is stranger than fiction, but this TV show seems to sensationalize any sort of actual events, transforming this drama into nothing more than historical fiction. So, how accurate is History’s Project Blue Book?

“Science is without prejudice. It doesn’t believe. It just is.”

Right off the top, please allow me to get something off my chest. Before PBB aired a single episode, I was extremely excited that a TV show was planning on chronicling the paranormal experiences of Dr. J. Allen Hynek. I was hoping for something closer to a real-life version ofThe X-Files, not quite The Terror. Instead, all we’ve got is historical fiction. What a rip off.

Whether it’s the U.S. government’s sponsored propaganda and spying program, or it’s a public relations campaign that’s charged with promoting public safety, just about every episode’s conclusion feels like it’s up to interpretation by whoever’s in charge. The general public seeks explanations to unofficial reports, while trusting no one… especially the official ones.

The blurred reality is intertwined between actual eyewitness reports and the interpreted science used to discredit anyone with a different agenda from the government. PBB originally defined the two characters as a skeptic and a believer, but reality proves they were actually two skeptics — one with an eventual change of heart. This makes many wonder why there were such drastic changes in beliefs. Somewhere along the line, Dr. Hynek changed his stance, whether he finally became a believer or he just couldn’t stomach continuing to label the unexplained as swamp gas and temperature inversions.

Trying to explain away alien encounters is only one aspect where this show falls short. Another involves blaming Russians as the scapegoat for EVERYTHING! While that’s probably true, at a certain point in a TV show, that stops becoming believable.

Because so many events occurring on this show happened before I was born, I’ve spent a little time reading up on various wikis and opinion pieces. Shockingly, the majority have picked apart the “based on actual events” elements, while sensationalizing its artistic license. Hynek’s false conclusions have led many critics today to question his sincerity. I’ve got to admit: I’m one of them. He had no problem telling the military what they wanted to hear for a long time, as he was just following orders, but the public may never know why the real person flip-flopped his beliefs.

Having more of the overall storyline centered around Hynek’s naïve wife, ridiculous Russian sleeper agents, experimental drugs used in brothels and the government’s authentication of evidence was more than frustrating. However, the show’s takes on Russian counterintelligence, an inter-agency turf war and the Men In Black Hats (aka Men in Black) were highlights, as well as the episode detailing Skinwalker Ranch (which is now featured as a paranormal reality series). And seeing the sleeper agent-turned-double agent, Michael Imperioli finally get his due felt satisfying.

Fear of the unknown can bring deadly repercussions and the season wraps with Captain Michael Quinn disappearing while manning a submarine, with a possible resurface in Antarctica? It’s still up in the air if the show will be renewed for a third season, but if ratings have anything to say about it, I’d say a safe bet is that it will return.

So, what’s next for the supernatural drama? More Deep State! More confidential informants! Most of all, please bring in more reality to this small-screen fantasy!

Was Hynek a debunker? Was he intricately involved in a government cover-up? Was he simply a peddler of pseudo-science?

It’s actually more fun to read between the lines of the show and the actual reported events. That seems to feel more believable. But seeing Hynek visiting the set of Steven Spielberg’s feature film, which was based on Hynek’s findings (Close Encounters of the Third Kind) didn’t just break the fourth wall, but demolish it. That was a nice moment.