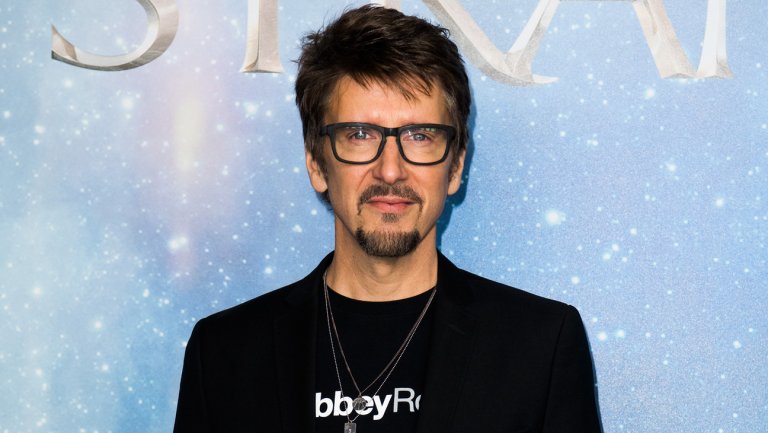 Filmmaker Scott Derrickson moves on from the Strange Universe. Photo By: Matthias Nareyek/Getty

Per Matt
Scott Derrickson’s Strange trip into the Marvel Cinematic Universe seems to have ended almost as quickly as it began.

The exact moment the horror filmmaker was hired to bring something different to the MCU, I was extremely encouraged that Executive Producer Kevin Feige was determined to bring different genres into superhero franchise films. Known for bringing Urban Legends: Final Cut, The Exorcism of Emily Rose, Sinister and Deliver Us From Evil, the indie writer-director-producer finally got his shot with the big leagues. After delivering a mind-blowing 3-D spectacle that’s a feast for your eyes, the Sorcerer Supreme successfully grew from his comic-book roots, joining the Avengers. But then, the surgical superhero took a detour.

After taking that wild and psychadelic journey, Marvel Studios/Disney chose to go a different direction with the introduction of the multiverse. Reportedly, Derrickson was promised to bring the first true horror story within the MCU and I was very excited to hear the news. But the Marvel guru had other plans for the sequel story, so Derrickson has seemingly stepped away from the MCU — hopefully not forever. Instead of being excited for experiencing Strange’s horrific journey, I’m only interested in seeing what future storylines Doctor Strange in the Multiverse of Madness sets up.

That really is a bummer for horror fans everywhere, especially those excited to see superheroes engaging in something scary. Supposedly, Derrickson departed due to the very vague “creative differences,” but it didn’t take the filmmaker very long to bounce back. Recent news reports have listed Scott as the director to a sequel of the beloved ’80s movie, Labyrinth. This brings all sorts of feelings to the surface, as I adore the Jennifer Connelly-David Bowie adventure film. Sadly, there will be no goblin king to return, but there could be a reunion of sorts, as Derrickson is currently working as the executive producer of TNT’s Snowpiercer, which stars Connelly.

Meanwhile, Sony has somehow taken the reins of horror superheroes and will most likely be where Derrickson winds up, unless he should choose to visit the dark side of DC Comics, as Justice League Dark would be an appropriate destination (and it could be the ultimate destination for Marvel cast-off directors, as James Gunn has taken over the reins of The Suicide Squad). With the success of Venom, Sony has announced a sequel, Venom: Let There Be Carnage, while greenlighting Morbius and prepping Kraven the Hunter, The Sinister Six and even Madame Web!

I would absolutely love to see Derrickson reunite with his Blumhouse buddies while resurrecting a monster (Blumhouse to Revive Universal’s Classic Monster Movies). As with James Wan’s experience with big-budget movies (Aquaman Proves That Horror Filmmakers Should Get More Opportunities), could Derrickson wind up with the Aquaman spin-off to Inject Horror Into the DC Universe? While James Wan will most likely receive first refusal for that film, seeing Blumhouse alum Derrickson join the DC Universe would be something nice (as well as a proper “up yours” sent loudly and clearly to Marvel Studios).

Here’s to hoping Derrickson really goes all out for his next big screen production, regardless of its genre.