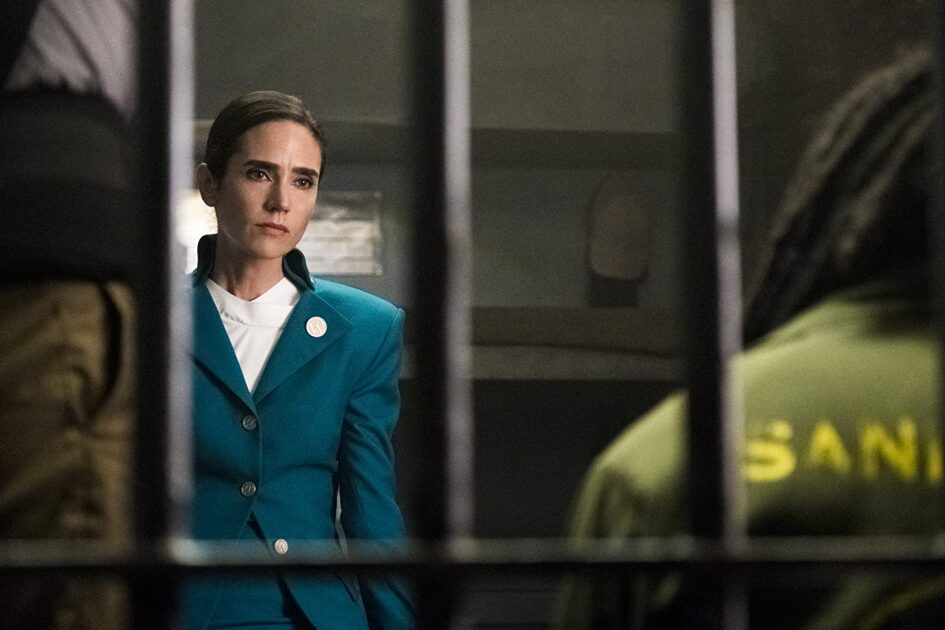 Bong Joon Ho is no stranger to social structures. As the writer-director of the 2013 feature film, Snowpiercer, and last year’s Oscar-winning Best Picture, Parasite, the filmmaker knows how to make a point while using the science-fiction and horror genres to his advantage. So, it should be to no one’s surprise that he has adapted his own movie for the small screen (look out for his upcoming HBO Parasite series in the not-too-distant future).

Seven years after the world has become a frozen wasteland, all of Earth’s survivors can be found on the 1,001-car-long train called The Great Ark, which continually circumnavigates the globe, as the planet has become inhabitable. Before the train initially departed, a group of lowly invaders boarded. Some were tossed from the train, with the remainder being pushed to the back.

The series premiere, “First, the Weather Changed” and the second episode, “Prepare to Brace,” focus on the survivors. After almost seven years, limited rations, sterilization and starvation to extinction are the only options for these poor, huddled masses.

Stepping into Chris Evans’ original role (before he became Captain America), Daveed Diggs’ Andre Layton becomes the unexpected leader of the underrepresented. Somehow, Layton’s the world’s last surviving homicide detective, who’s asked to investigate a murder that could upset the entire ecosystem of life as we know it. Everything survives at the mercy of the balance on the train. Initially hesitant, Layton works for rations and Third Class immigration. As the Train Detective, he quickly learns there’s no process; just punishment.

Starting a revolution is tough business when the Voice of the Train/head of hospitality (played by the wonderful Jennifer Connelly) is constantly keeping tabs on the situation, attempting to keep the peace on all sides. Bad news travels fast and there might just be a copycat killer onboard.

“Resistance is never futile, but Wilford’s train is a fortress to class.”

I’m not gonna lie: I have missed watching great dramas on TNT. Having previously worked at Turner Network Television, I know a thing or two about what goes into building and promoting quality programming. Having previously connected to director Bong Joon’s original adaptation, I’m doubly excited to see what unfolds on his second adaptation of the original source material.

Through two episodes, there’s a lot of drama going on. It seems the rich are killing the rich and corporal punishment means losing arms by having them instantly turned into popsicles, outside a train’s window. Ouch.

“Everything on Mr. Wilford’s train is connected.”

Topics that briefly get referenced, but need to be further explored: cannibalism, the Baby Lottery, cryo-freeze chambers and injustice via First Class vs. Prison Class. I really hope a wider variety of passengers get more dialogue, especially those with different colored skins. Unfortunately, the majority of the characters all look to be of the same race. For a future where most of the human race has been wiped out — with the exception of this never-ending train ride — I hope there will be a variety of races exploring the future of Earth’s inhabitants. These are just a few of my wishes. Will be watching and waiting to see how future storylines develop…