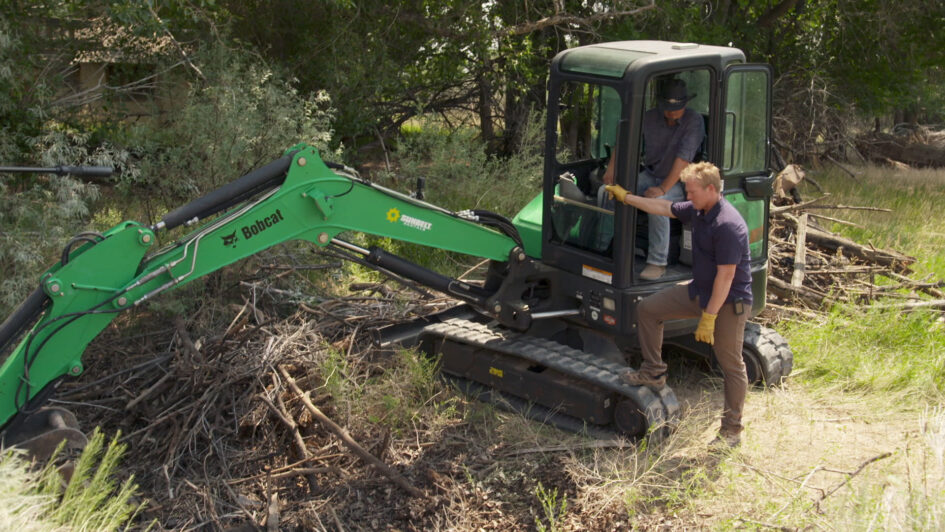 Paranormal elements including electromagnetic anomalies, unusual phenomena, unidentified flying objects, cattle mutilations, strange radiation emissions, weird science and unexplainable events are just a handful of incidents that have been either witnessed or experienced on Skinwalker Ranch. Housed on a wide-ranging 512-acre property found deep within Utah’s Uintah Basin, it’s no surprise that I’ve long been interested in the unusual situations that have occurred there throughout the years. “Breaking Ground” attempts to dig even deeper into the unlucky superstitions that have been known to haunt the cursed land in the TV show’s second season premiere.

After watching the first season of The Secret of Skinwalker Ranch, I was amused by the bad luck experienced by everyone involved while Prometheus Entertainment’s production crew was present. Obviously I wanted to see some weird shit and I was hopeful the investigators would stay safe while uncovering some answers (there were some injuries), but just like the other reality shows filmed by Prometheus (The Curse of Oak Island, The UnXplained, Ancient Aliens, The Curse of Civil War Gold), there had to be a hook to interest you into watching more of the show.

Desperate for answers, the team hopes to reveal the truth using science, while fighting the urban legends of the past. Coincidental or not, serious injuries and developments occur whenever construction activity or digging takes place within the area. The land is said to be cursed and last season brought a few unfortunate incidents to light. So, before actually digging any new holes, a geologist with a concentration in hydrology, a drone operator and a radiation oncologist were invited to the ranch to help with the investigation.

A pre-existing sinkhole is flooded and a tracking dye is added. Somehow, 45,000 gal of dyed water disappeared, so where did it go? Is there a mysterious void? Could there be a possible cave system underneath the property, as noted in last year’s ground-penetrating-radar report? Once they finally decide to excavate, after reaching 16 feet deep, nothing out of the ordinary is found. But sometimes there’s a delay in the property’s strangeness. An iPhone promptly wigs out, like it was being hacked. Is this a scream for help? That evening was followed by a creepy night-time encounter and then a bright light streaked across the sky. Something strange is definitely afoot at the “UFO Ranch.”

The presence of Astrophysicist Travis Taylor, aka the Redneck Rocket Scientist, led me to this series. The spookiness keeps me returning for more. I don’t know what is actually happening on this land, which is practically in the middle of nowhere, but these incidents do seem unusual (and frequent). Obviously, they’re odd and out of the ordinary. It’s as if the property contains real-life X-Files stories. I want to believe everything happening on the screen is legit… but this is reality TV, by the way. Every time I formulate a new hypothesis, an inevitable variable tosses away those plans and I’m forced to reconsider new options.

Upcoming highlights look like there could really be some nice revelations in store (along with some ghost hunters?). I really want the team to solve some of the puzzles, although the preview may feature more injuries than answers. Have they actually gotten too close to the truth?