Fireteam Raven Takes Halo Out of the Home Console 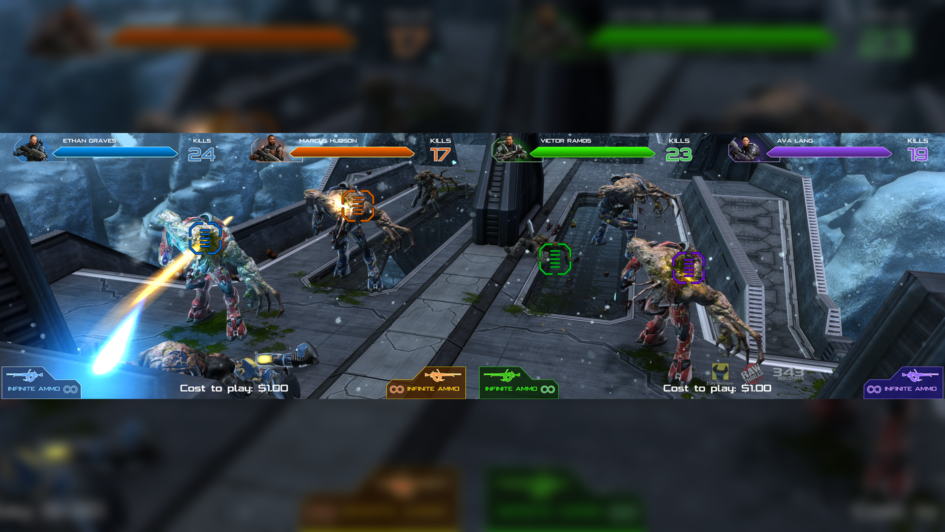 Per Matt
Fans of sci-fi shooters, rejoice! For the first time ever, there’s a Halo video game available to play within a fully immersible arcade pod that includes a 130-inch panoramic 4K screen with 5.1 surround sound. The dimensions are nine feet by nine inches high, with an 11-foot-four-inch width and nine-feet-nine-inch depth. Now that’s transforming an old-school arcade cabinet into a fully functional gaming experience that will make you feel like you were actually fighting for survival at Alpha Halo!

Currently available as a Dave & Buster’s exclusive video game, Halo: Fireteam Raven is a four-player co-op first-person shooter that’s based on the game’s expanding canon, first found on the original Xbox console. The format of this game is a rail shooter that incorporates many of the elements gamers have expected from past games within the franchise. There are six playable missions that you can play as Ethan Graves, Marcus Hudson, Victor Ramos or Ava Lang, who are elite Orbital Drop Shock Troopers (ODST), comprising Fireteam Raven. Their mission: To prevent the alien Covenant alliance from taking control of the ancient superweapon at all costs.

Assisting you on these missions is Wellsley, an artificial intelligence taking the place of Cortana in past games. There’s classic art design that makes this game, which takes place closer to events in the first game of the franchise, Halo: Combat Evolved, feel like a throwback experience, while being an all-new adventure. Throughout the game, the player gets to use a variety of weapons that are automatically selected for use. Only one weapon is usable at a time, but grenades are an option (although there aren’t many available for use throughout each of the six missions). I think I only picked up four or five grenades throughout the entire game my first time through. That’s not many to use as a secondary weapon (and a big complaint for this Halo superfan). 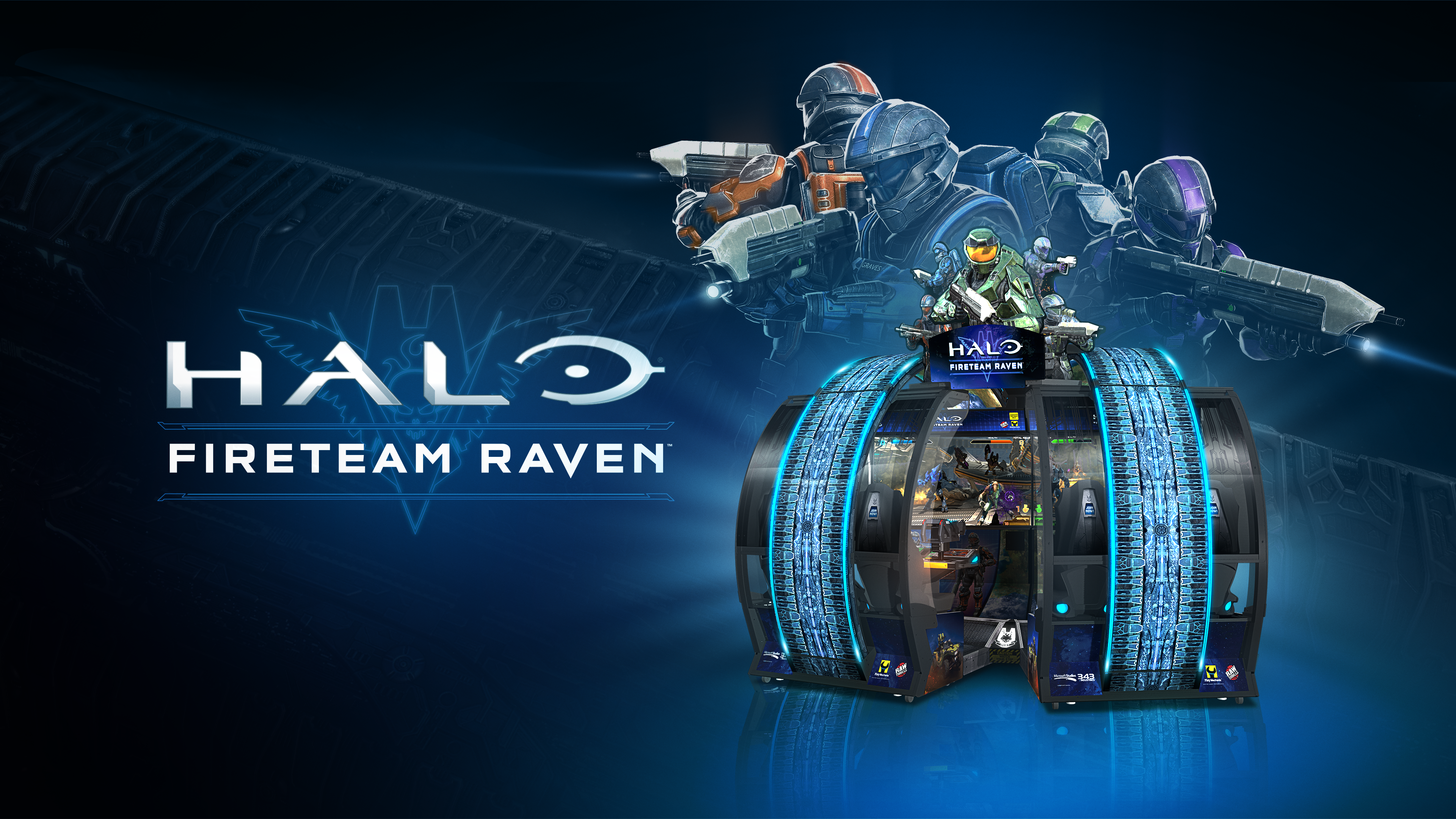 As a big fan of stories that feature snow-covered environments, I really enjoyed playing Mission Four: Ice Canyon. Not only is the campaign based on a snow-covered battlefield, but it also features the undead enemies of The Flood. That’s right: Players One through Four get to shoot Zombie-like creatures in the snow! That’s two of my favorite story elements right there! For some reason, 343 Industries has basically ignored this undead menace after it took over the franchise from Bungie, but recently, the parasitic enemy has brought its hive mind back into the franchise and not a moment too soon!

Playing Halo at Dave & Buster’s really is a nostalgic experience, one you can’t transfer to the home console. Playing this game harkens back to the days of mall arcades that housed the newest and best groundbreaking games, often surrounded with lines of hopeful players to experience the games for themselves. Much like home console gaming, gamers can link their Xbox Live gamertag to upload their stats and unlock badges on their service record. Unfortunately, some locations (I’m looking at you, Nashville!) don’t have their machines set up properly. Found on Halo Waypoint, gamers are encouraged to link their accounts to a QR code and scan them inside the gaming pod via their mobile phones before pressing start. It seems like there are multiple D&B locations that have not linked these game systems to the Internet and that’s a shame, as the game was released almost two months ago and many gamers still can’t connect their accounts for almost two months now.

Master Chief makes a few cameo appearances, but why wasn’t Steve Downes asked to voice a few lines of dialogue? There’s bad a.i. of the computer-controlled teammates, as the game encourages tunnel-vision fighting. Don’t stray onto other players’ screens, but try to focus all your attention straight ahead in order to retain your full health. Speaking of health, there’s no health packs to be found here and no true way to max out the health bars other than scanning credits off your game card. While these complaints may seem nitpicky, the overall experience is incredible to behold… but even better with a friend. Solo campaigns are OK, but having a human teammate is absolutely the original way to play Halo, ever since the first game’s split screens formed a great basis for all multiplayer games to follow it.

Later this year, Halo: Fireteam Raven will be available to play in multiple locations around the globe, as its exclusivity clause with Dave & Buster’s will end, but there’s currently no plans to port the game onto Xbox One.