Franchise Games: Welcome to the Blumhouse

Welcome to the Blumhouse brings franchise games to Season 2 of the horror anthology series, now streaming on Amazon Prime Video.

Per Matt
Welcome to the Blumhouse is a unique horror anthology series grouped as similarly themed feature films. Exclusively released on Amazon Prime Video, the first four movies (Piecing It All Together) revolved around “family and love as redemptive or destructive forces.” The second group of four (Bingo Hell, Black as Night, Madres and The Manor), which premiered recently, are focused on “institutional horrors and personal phobias,” but I like to say they’re somewhat closely related supernatural/paranormal tales, perfect to watch during the spooky season.

I seemed to connect with the filmmakers’ ultimate visions in Season 2, more so than the first group of four. Maybe it’s because these last four films felt finely tuned, while the first season’s releases felt like they were still trying to find their footing. It could be that I’m attracted to larger supernatural/paranormal tales more than intimate family stories. And then there’s the acting — it felt achingly better the second around.

So, how, exactly, would a production company promote this second batch of releases, while properly informing the public of their improvements? How about using a game theme!

The puzzle promo item from the first season really was picture perfect. Literally piecing the portions of the individual films into a shared universe was not only clever, but it was also fun to assemble. While a puzzle didn’t actually appear within any of the films, its purpose as an homage was abundantly clear. How would the games of Season 2 fare?

Bingo Hell obviously revolves around the classic game of bingo. I mean, the name of the game is located right there, within the title. Working markers and cards are provided. Naturally, the backing of the cards share the image from the film’s marketing poster. Again, it’s a very smart promotional item that doubles as a great collectible.

In The Manor, four of the main characters are shown playing Bridge together at various times. Thus, offering a deck of cards (along with instructions on how to play the game) is mandatory. And since I grew up playing Gin Rummy with my father, this is the item I would most likely open from its protective packaging and use, out of all the items.

I don’t remember either of the remaining two films actually showing their provided promo items, but it feels like they are similarly paired along with the overall theme of their film. Black as Night is represented by the Dominos game (included with the movie’s logo attached to each game piece) and Madres comes with El Cartel de Bienvenida, which looks like a baby shower game (which would make sense).

The most clever portion of these items is the packaging.

While sporting the teaser poster on one side of the larger box (as shown below), it holds all the others. Each of the film’s items fit neatly into smaller boxes, which totally reminded me of old VHS tapes. Somewhere, I’ve got TONS of old videotapes stashed away, hoping to be rewatched some day. Unfortunately, I’ve only saved one working VCR from many years ago, which is also currently stored at an unmarked, unknown location.

I’ll always have fond memories of using that (now) ancient form of technology and the first glance of these mini packages brought back a wave of nostalgia, which almost wiped me out.

Blumhouse Productions really does a great job promoting their releases. I always look forward to watching the latest release from the house of horrors. All eight Welcome to the Blumhouse films are currently available to stream. Make sure to check them out this Halloween! 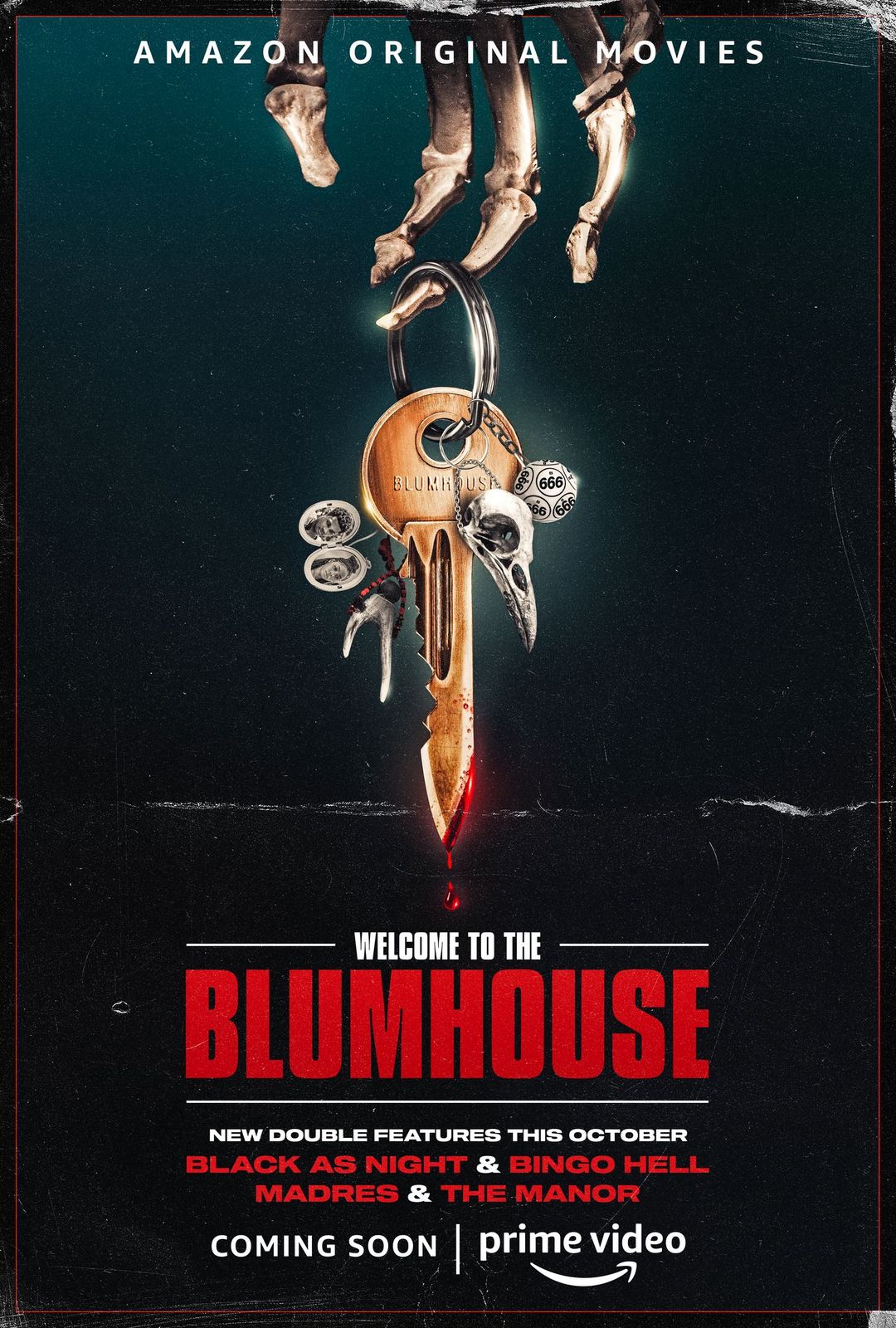