The Genius of Seth MacFarlane and Neil deGrasse Tyson

Two of my favorite people in the mainstream of American culture are Dr. Neil deGrasse Tyson and Seth MacFarlane. I have had the pleasure of speaking briefly with each of them and admire them both immensely. 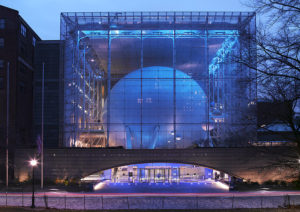 Perhaps the most widely known and respected public intellectual in the universe, Dr. Neil deGrasse Tyson is a leading figure in promoting science and space research. The most famous African American astrophysicist is also the most accessible. Professionally, he is the director of the Hayden Planetarium in the American Museum of Natural History in New York City (and, yes, I have visited it; it is amazing!).

You can find his writings in bookstores, libraries and online — everywhere. You can see him on TV on his show on Nat Geo, StarTalk, for about ten episodes per year, and he is all over the place on talk shows and specials about science, especially space science (try YouTube). He also lectures around the globe called Earth. 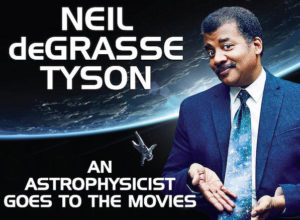 Dr. Tyson was in Nashville on June 14 and I got to see him (for the third time) when he spoke at TPAC. 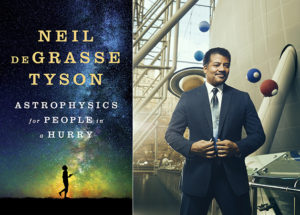 His new book, Astrophysics for People in a Hurry, is a quick read, and the audiobook is a short listen, at only three and 1/2 hours, and it is read by the author. Just listening to Neil, you feel the passion he has for the subject matter, for science and for people to understand our place in the cosmos. 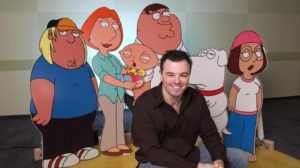 Seth MacFarlane is the creator of the animated sitcoms Family Guy, American Dad! and The Cleveland Show.

He is also a fascinating live singer, as witnessed by his sold-out performance at Nashville’s Schermerhorn Symphony Center last year. I was really impressed by his smooth singing voice, his command of the stage and his passion for the music. 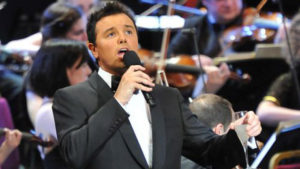 Seth collaborated with Neil on the 2014 FOX / National Geographic re-visioning of the TV series Cosmos, which Neil’s mentor Carl Sagan had produced in the 1980s, based upon Sagan’s best-selling book of the same name. 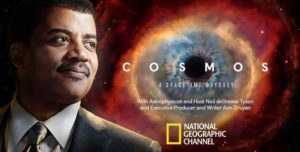 The new version, Cosmos: A Spacetime Odyssey, is a fantastic voyage through time and space, bringing to life the struggles of some of Earth’s great scientific minds to push our knowledge of the universe and our place in it. The struggle is often against the people who think that what they ‘know’ is the way things are and should be, and they are oftentimes so very wrong; think ‘climate change’ and ‘evolution’ in our time. The struggle continues against pig-headedness and wrong-mindedness.

Support science and buy a book or DVD set to see your personal astrophysicist in action.

This fall, support Seth MacFarlane by watching his new live-action show, The Orville, on FOX TV. The Orville should be more fun than the law allows. Only Seth could bring a show like this to broadcast network TV. 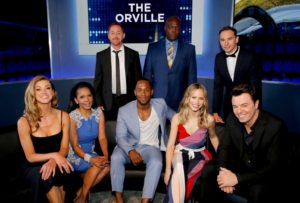 Here’s the set-up: In the not-too-distant future, we have a fleet of 3,000 starships exploring space. But not necessarily 3,000 brilliant and capable captains, so enter Seth’s character, who is assigned to lead the crew of The Orville. The poor sap is trying to get over his divorce, and as luck would have it, they assign the ex he’s trying to avoid to be his XO (Executive Officer). And there’s more fun to be had in typical Seth fashion. This is gonna be a hoot! It has already been compared to Galaxy Quest (sorry, I never bothered to watch it, so I can’t comment). 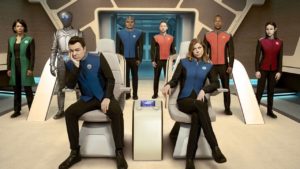 What I can comment on is the look and feel of The Orville from the trailer. Brannon Braga is known for his work as a producer on three Star Trek series: Next Gen, Voyager and Enterprise. He also worked with Seth on Cosmos: A Spacetime Odyssey. He is bringing the look and feel of a realistic spaceship and everything to make this space show top notch in settings and aliens, and so forth.

Did I mention that Adrianne Palicki and Penny Johnson Jerald are among the cast members of The Orville? Among many other roles, Adrianne recently portrayed Bobbi “Mockingbird” Morse on Marvel’s Agents of S.H.I.E.L.D. 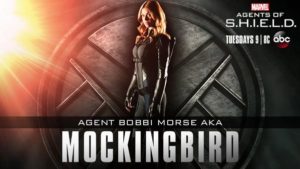 and Penny played Kasidy Yates, the interstellar freighter captain and girlfriend of Ben Sisko, on Star Trek: Deep Space Nine (my favorite of the ST series). 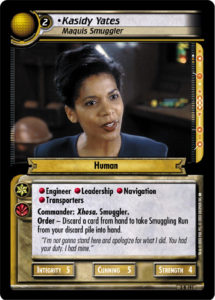 Be sure to watch The Orville this fall on FOX.