Going the Distance: Details of the 2017 Nashville Zombie Walk 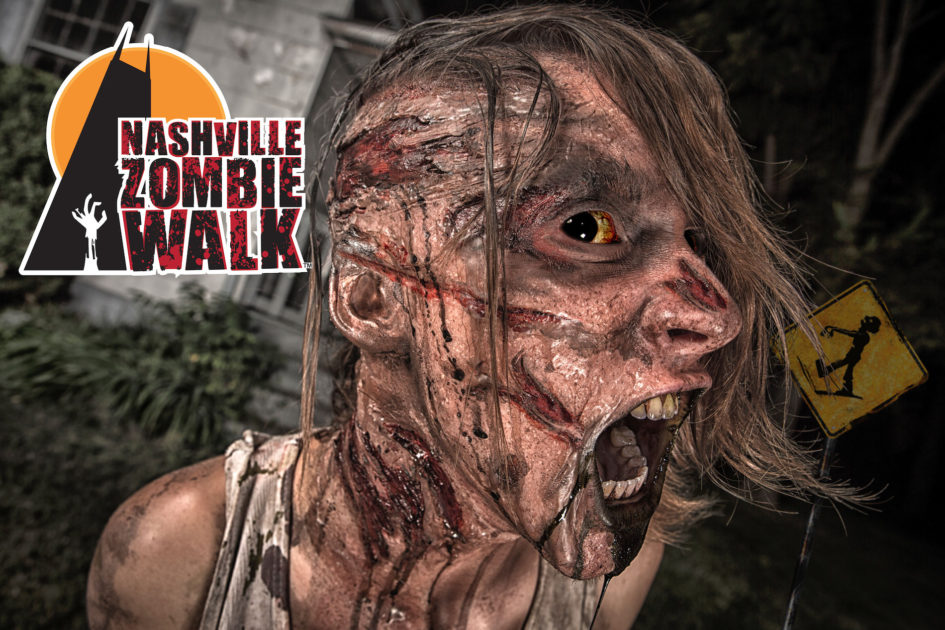 Per Matt
With the recent announcements concerning the 2017 Nashville Zombie Walk, it was time to dig a little deeper to take a closer look at the “gory details” for the upcoming event.

Details of the route were already posted on the Zombie Walk webpage and the official Facebook Event page. The undead (and everyone else) will meet up at the Landport, behind Cummins Station, at 10th Ave and Demonbreun at 2 pm on Saturday, October 28th. The herd will depart at 3 pm, beginning at SoBro, walking through The Gulch and winding up at Marathon Village around 4:30 pm. There will be a free After Party sponsored by Lightning 100 taking place at Marathon Music Works, which will feature drink specials, spooky tunes, food trucks and a photo booth. All of this leads up the Paranormal Rocktivity concert taking place at Marathon later that night, which will require a separate purchase, though the walk and After Party are free. The concert will feature DJ Johny Jackson’s Ghoul Satisfaction and Here Come The Mummies (a Halloween favorite of Zombies In My Blog).

Organizers are urging all participants to be sure to register to attend the 2017 Nashville Zombie Walk. The event remains free, partly because this information can help with the planning for next year’s event.

As readers may know, Zombies In My Blog has been actively involved with the urge to get the Zombie Walk to make a return, after an unfortunate stint in the hands of a group who failed to execute any events for the last two years. Everyone on the Nashville Zombie Walk organizational team is honored to help bring back this great community event to the public. We’re trying to bring the best holiday-themed event possible to you, our fans, volunteers and participants. We look forward to building upon this year’s event to bring something even bigger next year. Thank you for your support and we look forward to joining you on October 28th!

Some of the frequent questions from social media were detailed by organizers for us to share here: