Evil Dead: The Musical has become, hands down, my favorite musical performance over the last few years. I’ve been fortunate enough to experience this incredible show three of the last four years and it just keeps getting better every freaking time. I was front row last night for the opening of the most recent production of this campy, blood-soaked musical put on by the talented folks at Radical Arts.

Formed in 2016, this theater company has already made quite a name for itself with productions of their Alice in Wonderland-themed burlesque, Down the Rabbit Hole, and other shows, including Venus in Fur and Extremities. They also have the distinct honor of being the absolute bloodiest production of Evil Dead: The Musical that I’ve ever attended.

Friday night’s opening of Evil Dead marked the beginning of their season and a return of one of the coolest musicals you’ll ever see in Nashville or anywhere else for that matter. As a devoted Deadite and horror fan, as well as a lover of musical theater, it’s become a must-see event and this time was no exception. For those unfamiliar with the show, it began in 2003 in Canada as a campy tribute to The Evil Dead series of films starring Bruce Campbell and quickly exploded into a wild success, almost universally loved by fans. Radical Arts adds to that proud tradition of over-the-top craziness and comedy. 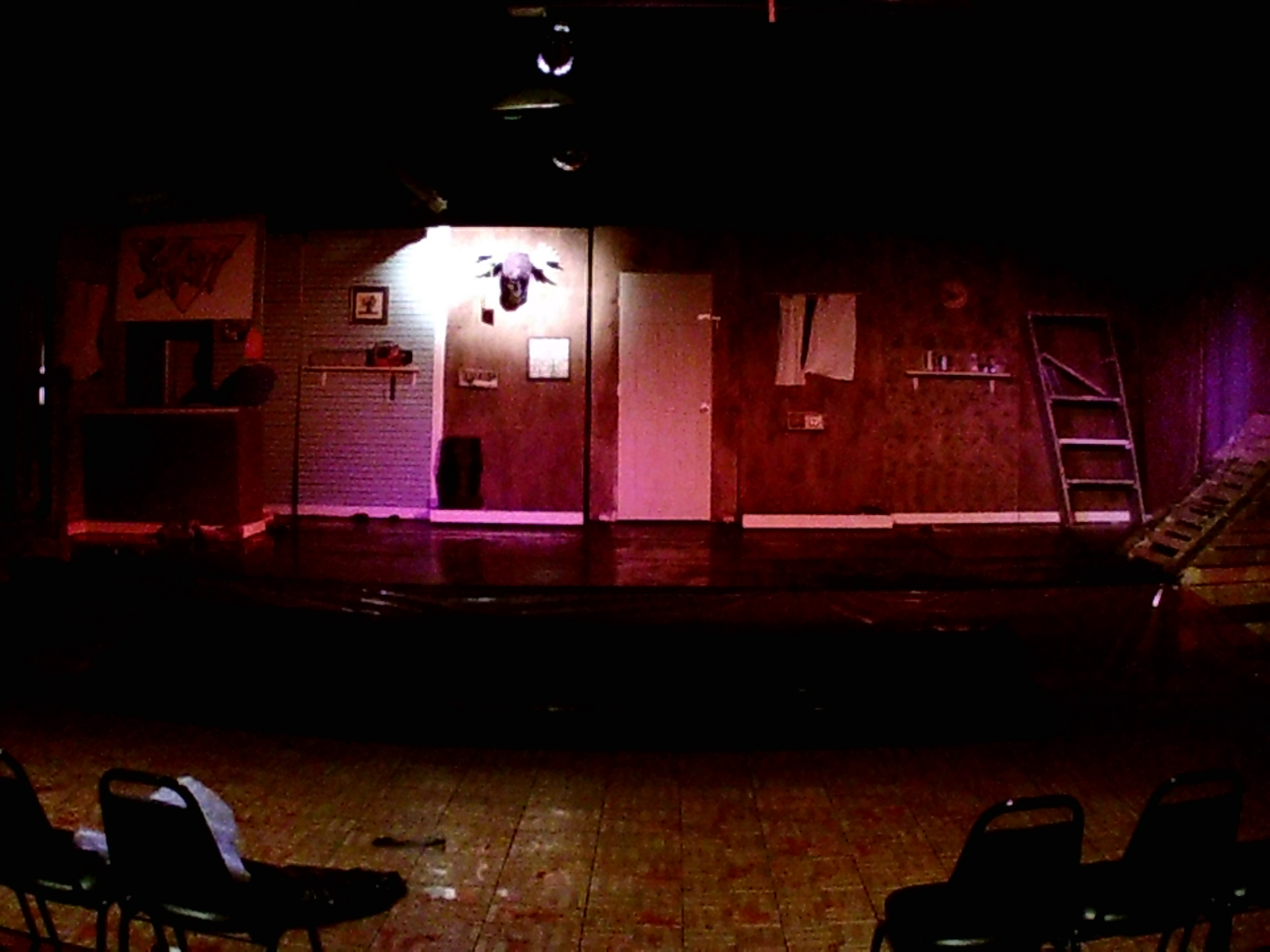 Clean up on aisle 3!

Opening nights can be rough and this was definitely a trying experience for director Seth Limbaugh and his crew. From audio malfunctions to the near collapse of a set wall on stage, it was a rocky start. This didn’t stop them from putting on one of the coolest shows ever, though. Using each setback as an opportunity to further the occasionally fourth wall-breaking humor of the show, the cast powered through and gave one hell of a performance. The banter between Ash (James David West) and Cheryl (Hillary Mead) was absolutely hilarious, while Scott (Jarvis Bynum) was an over-the-top show stealer, especially in death. The imaginative and wonderful character backstories created by Brittany Juilfs and Asa Ambrister (Shelly and Ed) took what were otherwise minor characters and breathed new life — or afterlife — into them. Linda (Jenni-Lee Merritt), Annie (Paige Songer), Jake (Riley Hughes) and Professor Knowby (Mic Rex) all gave memorable performances that added to the humor and fun of the night.

The effects were also in keeping with the traditions of Evil Dead, being both gruesome and low budget. Blood-squirting bowels, severed heads, pissed-off hands operating independently of any body and, of course, gallons of blood from even the slightest wound sprayed out to saturate the audience. The set was cleverly designed so that the cast could easily rotate the three exterior walls of the cabin and turn them into the interior of the cabin — despite the hiccups of the opening night performance — and the new Deadite masks created by Mike Dobrzelecki were phenomenal to see.

So, what can a first-time audience member expect from Evil Dead: The Musical? Blood, puns and lots of audience participation. Cast members will run into the audience, spraying blood from severed arm stumps and knife wounds. Whether you’re sitting in the front row or standing in the very back, be prepared to take a face full of blood at some point during the night. 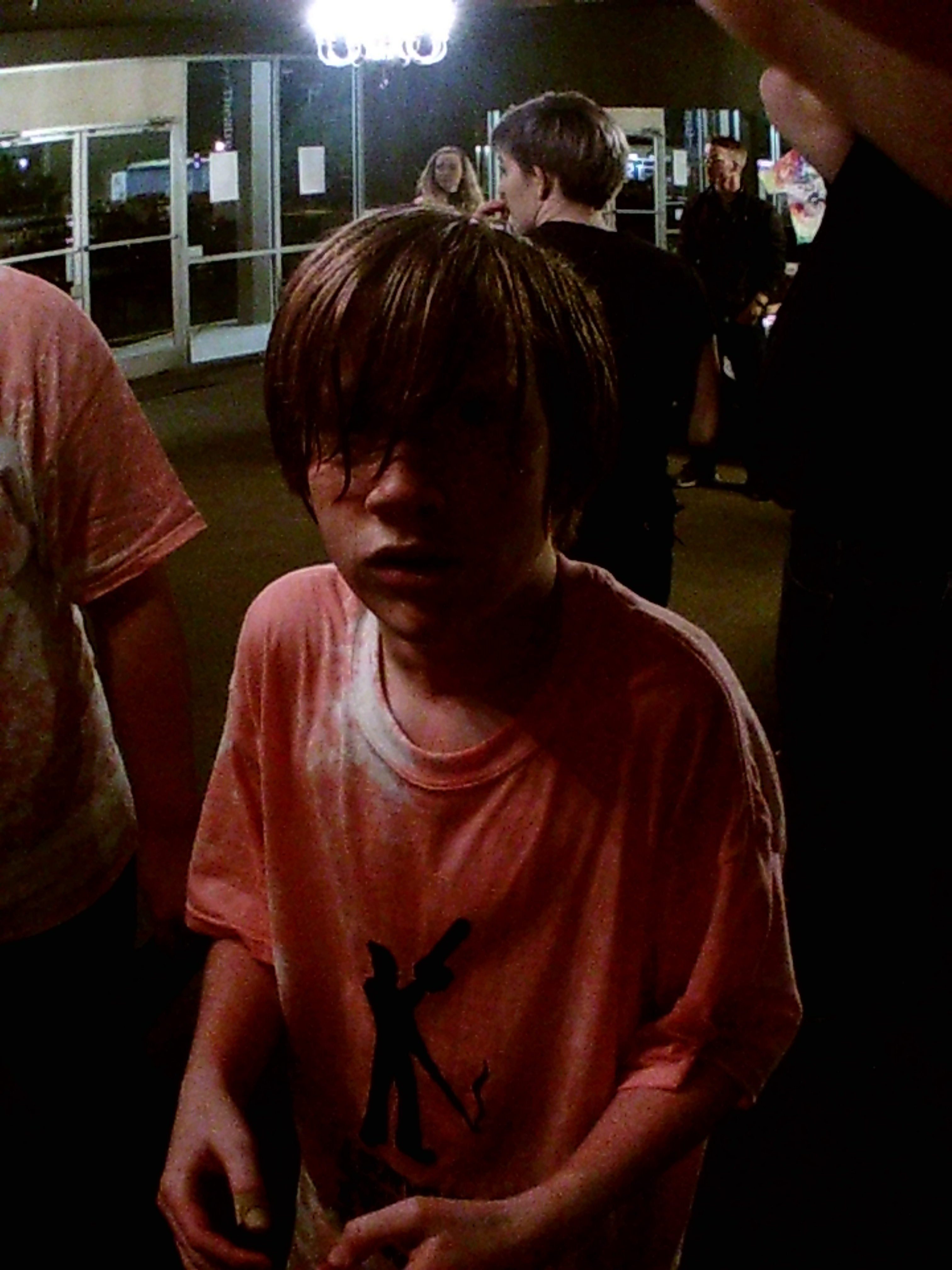 Warning: First few rows may get covered in blood.

The cast and crew proved their true skills and talents last night, giving a hell of an opening-night performance, despite the technical setbacks and have proven their love, not only for the Evil Dead, but for fans and audience members who came out to see them perform. Evil Dead: The Musical is running through November 5th at the Music Valley Events Center, near Opry Mills Mall in Donelson. Tickets are still available online at their website.

If you’re looking for fun this Halloween, Radical Arts is here to help. In the words of the Kandarian Demon Moose, “Join Us!”