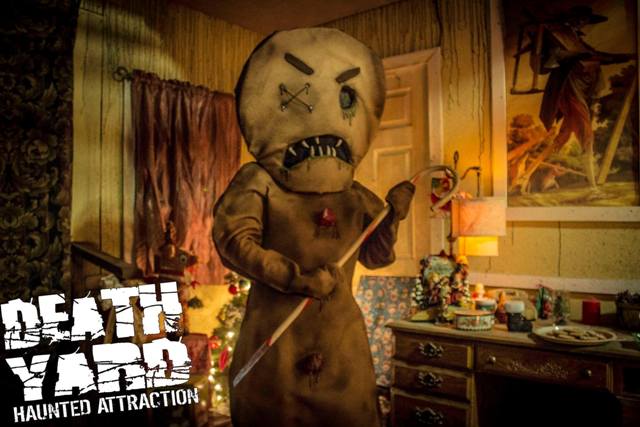 ‘Tis the season, folks. The season where bells will be ringing, choirs will be singing and peace and good cheer will be spread among all. Unless that is not your cup of tea. If you are like me, you are looking for something a little different. And that is where Christmas haunts come into play.

This year, Death Yard Haunted Attraction hosted its second Horrific Haunted Holiday and Toy Drive. The event happened on December 12th, as to avoid competition with the theatrical juggernaut known as Star Wars: The Force Awakens. With a highly successful event last year, the team had a lot of expectations to cover and they succeeded completely.

The sets inside where stripped down slightly. A few scenes were closed off, but with smaller space means more action was crammed into every square inch. In addition to the standard cast from the season, several actors from Nashville Nightmare, which just so happened to be the Number 1 haunted house in Nashville, brought their talents and amazing costumes to help spread yuletide fear to the guests.

As always, each and every scene was well thought out, and the attention to detail was amazing. It was hard to imagine that only two months ago, this haunt was set to scare. But with the Christmas season upon us, the decision was made to add some fun in with the screams. Everyone who exited the haunt looked extremely happy and loved every minute inside. 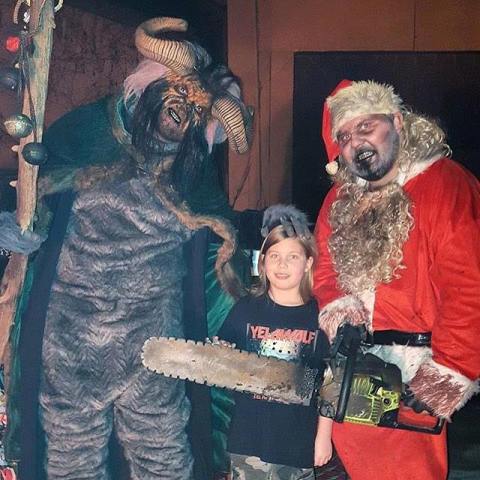 While the fears were mainly contained inside, there were also frights outside. A 9-foot-tall mutant walker, a vulgar Santa and an evil Krampus may sound like the lyrics to a twisted holiday song, but they all had the guests screaming and shouting for more.

The only down part of this evening was knowing it would be the last event held by Death Yard. The decision was made at the end of the haunt season to close up the doors. So, knowing this, it was a very bittersweet night for yours truly. The staff of this haunt is incredibly talented and they have a great future in this business. I am glad to have had a chance to work with them all through the past two seasons and hope to have another chance soon.

Horrific Haunted Holiday was a great event and lots of children benefited from the generosity of the haunt fans of Nashville, TN. Other haunts will have to pick up the slack, but I have no doubt that the great haunters in the area will carry on! Mission accomplished, Death Yard… mission accomplished.