How Do You Wrap Up a Never-Ending Zombie Story? 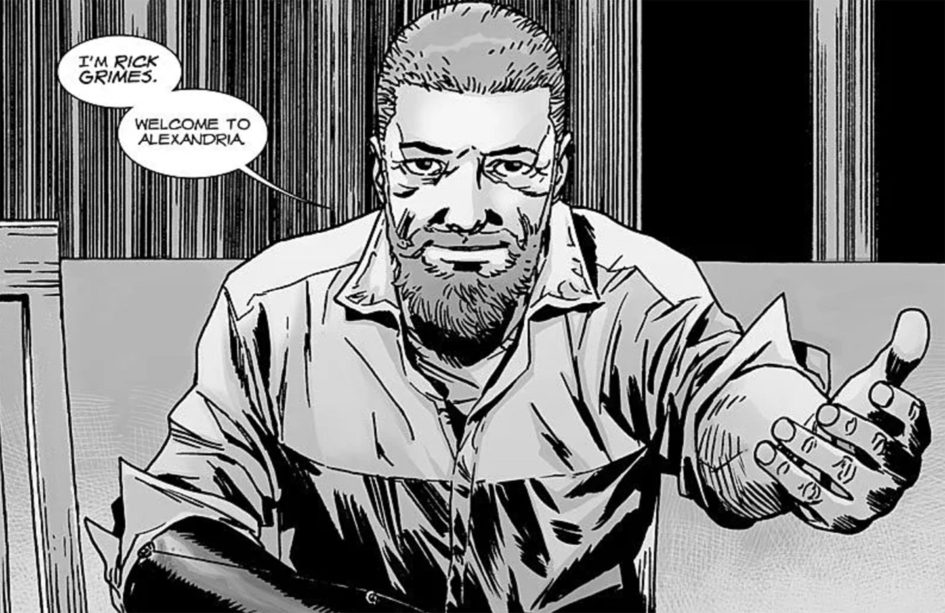 Much like a surprise attack by a mega herd of walkers, Robert Kirkman has surprised an entire industry, as well as legions of The Walking Dead fans with a major plot twist: After years of bragging about how he deliberately crafted a storyline that will never end, he has wrapped up his popular comic book without any warning, whatsoever.

And apparently, if you’ve read the final issue, it’s pretty anticlimactic, as well. That’s called going out with a post-apocalyptic whimper.

The Walking Dead #193 takes place decades after Rick’s assassination, involving grown-up versions of Carl and Sophia (both killed in the TV series) and their daughter, Andrea. Walkers are no longer a threat to humanity and much like his father, Carl’s version of justice clashes with someone else (this time it’s with Glenn and Maggie’s son, Hershel Rhee). Appearing before the highest court in the area, Judge Hawthorne (revealing Michonne’s last name for the very first time) clears Carl of any wrongdoing and the story ends with him reading a book to his daughter, detailing how his father helped restore civilization.

Seems like an innocuous ending for the popular comic book series, one which never quite played by any rules. But for someone who once said, “I want The Walking Dead to be a chronicle of years of Rick’s life,” while also claiming it’s a “never-ending Zombie series,” it feels like creator Robert Kirkman has changed his tune throughout the years. Maybe he was simply tired of the pop-culture sensation he helped create with Tony Moore and later Charlie Adlard for Image Comics. Maybe he’s made enough money from the property and prefers Hollywood creations to comics. Or maybe he’s just ready to move onto other projects.

While this news comes hot on the heels of the third spawned Walking Dead series announcement and the departure of Rick Grimes by the conclusion of AMC’s The Walking Dead Season 9 and future TWD movies already in the pipeline, I’ve actually been enjoying Fear‘s Season 5 (and Season 4, for that matter) much more than the original series and haven’t read the source material for a while, now. So, with the conclusion of the comics, what does that mean for the original and spin-off series?

For the time being, I foresee three Walking Dead series airing on AMC, at least for a year… maybe two. But with Michonne leaving TWD next season (presumably to appear in TWD original movies with Andrew Lincoln, as well as future Marvel movies), it feels like the original TV show is quickly wrapping up. Paired with eroding ratings and casting off characters to its sister series, the end may be closer than fans realize for AMC’s adaptation. And I would be OK with that.

I’m all about the new direction Fear is going, even if it means already-known characters will be on loan from the original storyline. I think the spin-off can survive without the existence of TWD. It’s already moved ahead of the original in terms of writing and acting. I would argue the direction is currently superior, as well. Which brings us back to the comic’s ending.

Fans were enraged with the small-screen conclusion of Game of Thrones, while George R.R. Martin is still, slowly but surely, wrapping up his Ice and Fire book series. Surely the author will take the criticism of the show’s conclusion into consideration when wrapping up his loose ends. Will Kirkman take the same constructive criticism from fanboys and fangirls, who’ve come to expect a certain level of quality from the writer? Maybe TWD will receive a more definitive ending on TV. Or maybe it’ll be eerily similar to the comic’s conclusion. Whether it’s in print or on a small-screen format, I’m looking forward to seeing where The Walking Dead Universe will venture next.