I’m Hooked on Evil and Can’t Wait for Season 2!

Per Matt
The origins of real-life evil can be difficult to track, but defining CBS’ television series of the same name may be just as difficult.

Brought to life by Michelle and Robert King (previously known for creating The Good Wife and The Good Fight), Evil‘s a paranormal drama that incorporates elements of crime stories and the horror genre, seemingly ripped from today’s headlines. Its first season, which has already wrapped, only had 13 episodes. Featuring the efforts of a priest-in-training, a blue-collar contractor and a skeptical clinical psychologist, the trio investigate supposed miracles, demonic possession and other paranormal events, hoping to find either scientific or religious answers… or something in between. Season 1 is already highly regarded by many critics, but it is probably already the best TV show broadcast on network television you haven’t seen. Its season finale wrapped on January 30th, which feels like years ago, if you can remember your pre-pandemic entertainment options.

Summing up the first season’s events to a new viewer may be just as difficult.

Evil tries to make the balance between faith and science while exploring the modern world, much like The X-Files, back in the day. These good characters must stand strong — whether it’s with their faith or not — as they’re dealing with ancient spirits/bad people who will stop at nothing until their enemies are destroyed (or they die trying). Basically, nobody’s safe from their fury. But are they all simply a fantasy, created in these characters’ heads? Or are these Bad Guys really out there, destroying everything in their path? So far at least, it seems the Kings have allowed the viewer to decide.

Environmental factors, mental disorders, illnesses, talking in tongues, supernatural phenomena and ills borne from 21st Century technology have all been addressed, along with manipulation, deception, quantum entanglement, Deepfakes, augmented reality, stuck song syndrome, delusions, paranoia, depression, schizophrenia and the dangers that come from what we don’t know and don’t want to ask about (as well as using a Ouija board). And then there’s George the Monster… 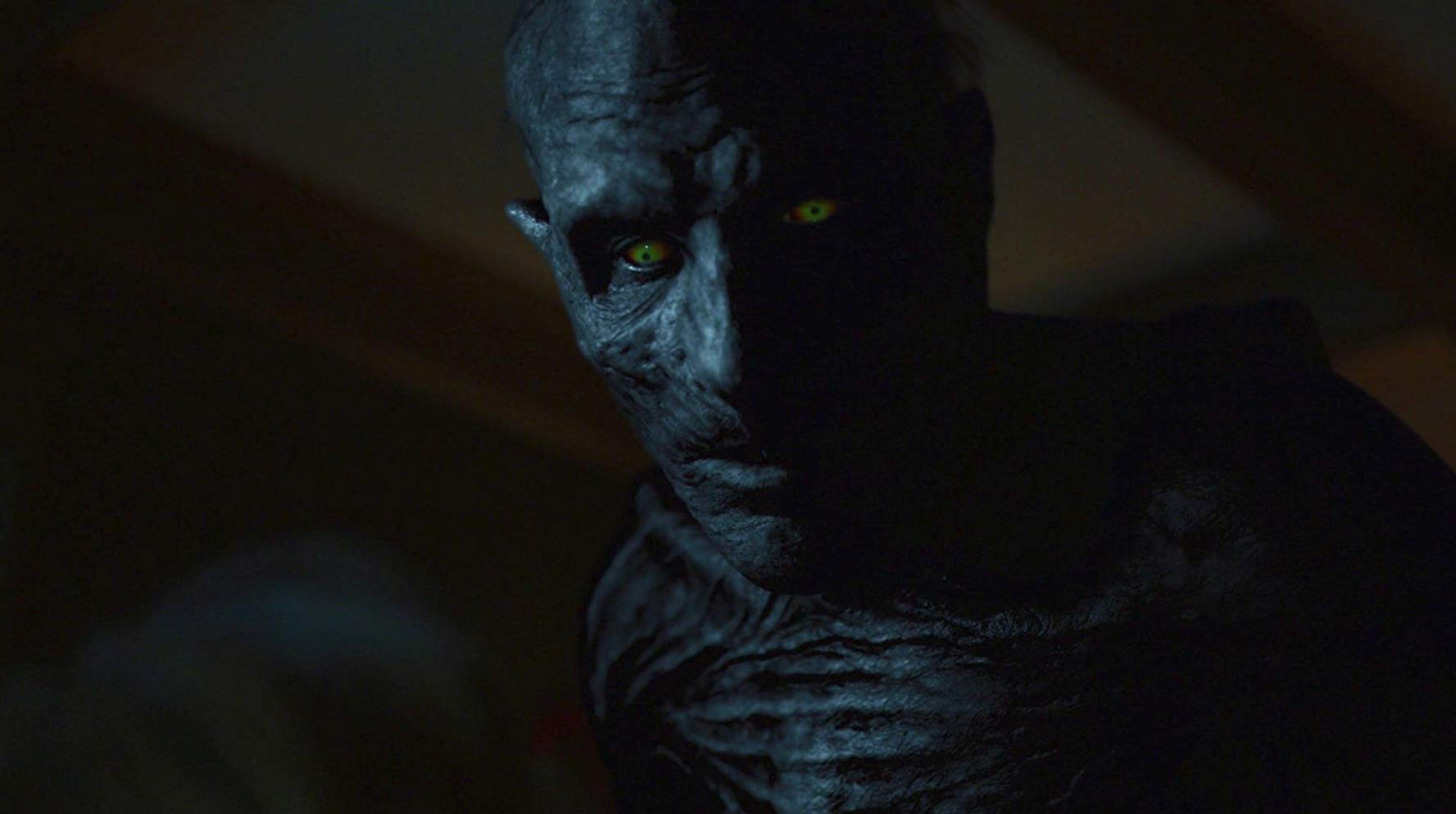 Monsters — both demonic and human — are explored by the crew via a wide variety of formats, as they must differentiate between what’s real and what isn’t. Watching the team’s interactions with Gotham Ghosts, a group of in-verse ghost hunters exploring a haunted strip club, was really fun. Great episode.

None of these characters is absolutely perfect, as David (expertly portrayed by Mike Colter) believes he may have been forsaken God, having received extraordinary visions, which he tries deciphering through illegal drugs. His character attempts to expand the mythology/definition of this show’s vision of the spiritual world through all the wrong ways. Kristen (Katja Herbers) has a lot on her plate, whether it’s dealing with home strife (supporting four daughters while her husband’s mountain climbing) her professional life (holding a steady job seems difficult for her) or simply dealing with her mother, Cheryl (Christine Lahti) who’s narcissistic and unlikable, even though I’m really trying hard to overlook her insecurities. Then there’s Ben the Magnificent (Aasif Mandvi), whose only vice so far seems to be lying to a ghost hunter in order to start a relationship. And Michael Emerson just oozes creepiness as a true agent of evil — he’s had plenty of practice perfecting the art while working on The X-Files and LOST, among other shows.

Serialized storytelling builds up to the season finale, which reveals there’s so many people doing the bidding of the demons, who are getting more organized, moving into the 21st century. As if pregnancy wasn’t frightening enough for first-time mothers, a possessed fetus could easily sway prospective mothers toward other options. Kristen’s mother is getting married to a demon, which brings even more trouble to her family. With the admission that Kristen’s oldest baby was produced by a corrupted in-vitro fertilization clinic, this new layer of added storyline is one I cannot wait to see grow into something even bigger next season. But the final reveal was that Kristen’s the one who’s possessed!

The titular evil is so intertwined within the bad characters, it’s sometimes tough to keep track of it all and a wonder why all the “good guys” haven’t gone crazy yet. For a show that deals with higher powers, it sure spends a lot of time debating the legalities of it all. It also features some pretty great special effects, incredibly themed music and complex topics. Evil‘s stories totally suck you in, which could be a major reason why the show has already been picked up for a second season. I only hope in the near future, the show isn’t shipped off to the CBS streaming service, as there isn’t anything quite like it on TV right now. I hope it’ll live a long life on network TV and the Emmy voters will eventually show some love to the series.

“Not everything real is true and not every dream is false.”

If the pandemic has taught us anything, it’s that you can NEVER have too many great TV shows ready and waiting within the pipeline for airing. I hope that new episodes of Evil will air sooner than later. Until then, you can catch up on the previous episodes via the network’s website or CBS All Access.