Is Promising Young Woman As Good As The Critics Say?

The buzz surrounding the 2021 Academy Awards has begun. While the pandemic wrecked havoc on the film industry in 2020, there were still many movies released. With a limited playing field, the thought is that this year could open the door for an up-and-coming actor or director to stake their claim on one of the prized Oscars. Time will tell if any newcomers will break into the elite categories.

The Music City Film Critics Association recently had their film awards. As a first-year member of this organization, let me say that it is an honor to actually have a voice. I have heard of these award programs in the past and always wondered who made these choices. Now, as a member, I got to help shape the film environment. It truly was great to have this opportunity.

There were several top-notch films nominated for Best Picture of 2020 by my fellow members. The films that got nominated were as follows:

These films are excellent candidates for the award. Ma Rainey’s Black Bottom, the last film to star Chadwick Boseman, is one of the stronger contenders. Focusing on a talented black singer, Black Bottom explores the racial divide of 1920s Chicago. Speaking of Chicago, The Trial of the Chicago 7 also takes place in The Windy City, this time reliving the events surrounding the uprising at the 1968 Democratic National Convention. And The Father tells the story of an aging man with failing mental health, reaching the end of his life. These are just a few examples of the amazing stories that 2020 brought us for nominations.

On January 11th, the Music City Film Critics’ Association revealed the winners of our awards. And in a surprise to some, Promising Young Woman took the honor of Best Picture. The film, directed by newcomer Emerald Fennell, is a female revenge story starring Carey Mulligan. Normally, this description would cause many to picture either a horror film or an action film (or possibly a hybrid of the two). But the film pulls off the story in a way that is thought provoking, transforming the genre in a way films rarely do.

Promising Young Woman is the story of Cassie Thomas (Mulligan). Cassie is a med student looking forward to a future of helping people as a doctor. One night, her friend, Nina, was raped during a party. Even though several people saw the rape, no one helped her. To make matters worse, after Nina reported it, nothing happened to the students. Broken by the fact that no one would help her, nor believe her, Nina took her own life.

The loss of her friend to such a horrible and tragic series of events changed Cassie. She dropped out of school, moved in with her parents, and got a low-wage job working at a local coffee shop. At night, Cassie would dress up and go out, pretending to be drunk to lure low-life men into trying to take advantage of her state. At that point, she would confront them for their choices, either by shame or pain.

During her work at the coffee shop, Cassie reconnects with one of her med-school classmates. Ryan (Bo Burnham) was in her class and received his doctorate. After a rough start, Ryan endears himself to Cassie, and the two begin a relationship. Cassie leads a double life at this point, wanting to stay with Ryan, but still outing toxic men. As their relationship deepens, Cassie’s feelings for Ryan begin to make her question her secret life, leading her away from her revenge plot.

Is Cassie’s life turning around and getting back on course? And if so, can anything go wrong? 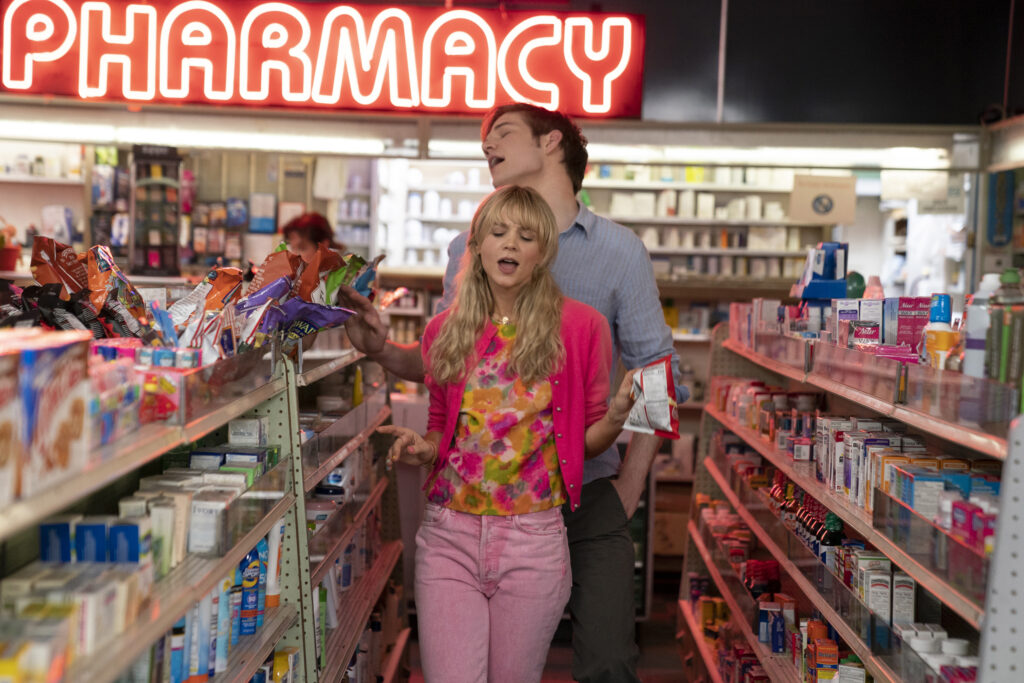 I have to admit something about Promising Young Woman: I hated it the first time I watched it. The shocking setup to the ending of the film just left me… well… shocked. Without spoiling this movie, I just have to say I did not see where the film could go after that emotional climax. And when the final five minutes aired, I was still in denial about what had just happened. I felt like the ending had already happened, but yet we still have all the pieces to pick up, trying to fit them together. It wasn’t until I went back and watched the entire film one more time that I truly felt at ease with what I had just witnessed. And I think that may be a thing for many people who see the film. The shock of the climax distracts greatly from the ending.

Carey Mulligan deserves nothing but the highest praise for her portrayal of Cassie Thomas. She stops being an actress in a role and becomes Cassandra. I felt a connection to this character. I felt her heartbreak for what happened to Nina. Her desire for revenge is completely understood, as she is fighting for the voiceless. Beyond her “I don’t give an F” exterior, you can clearly see a woman fighting for what she believes in. This incredible performance in Promising Young Woman also garnered Carey the Best Actress of 2020 from the Music City Film Critics’ Association.

If this type of film is what we can expect from Emerald Fennell, the future is bright for Hollywood. I know it goes without saying, but Promising Young Woman earned a perfect five out of five stars. It is a must-see film. In fact, it is a complete film. The climax may be jolting for many, but do not let it distract you from the finale, as it truly wraps up the magnificent film very nicely.