Zombieland Keeps Getting Better as Double Tap Prepares for Release 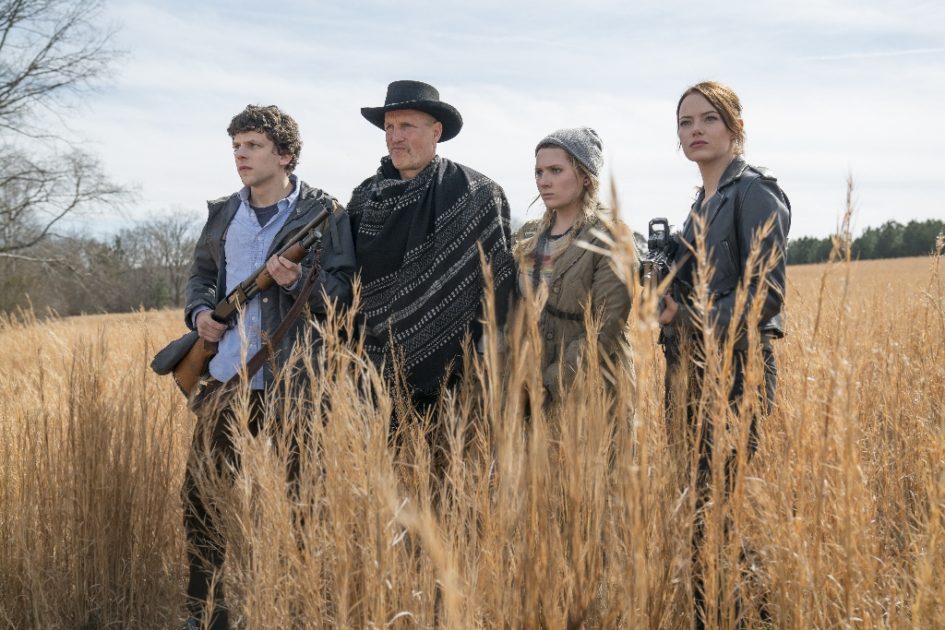 How will the upcoming Zombieland sequel fare with fans who loved the original horror-comedy? If you could ask the filmmakers, they’d most likely reply, “It Keeps Getting Better!”

Sure, that was a lame pun, but wouldn’t you expect nothing less from a bunch of horror and pop-culture fans? More of an extended trailer with splices of a Facebook chat and individual interviews with the movie’s stars, Keeps Getting Better is a vignette designed to increase awareness of the upcoming movie, which it does effectively, but it also encourages me that this will not simply be a cash-in from the production studio. I really hope I’m right.

One fan asked the actors to “explain a perfect day in Zombieland,” which quickly cut to smashing undead bodies, monster truck crashing and blasting explosions. That pretty much sums up the under-two-minute project. It’s also self referential, as the fourth wall falls once again and these characters’ self-aware humor will seemingly be in large supply throughout the film.

Zoey Deutch attempts to bring “a beam of light in a world of darkness,” possibly parlaying the elements of her ditzy character, Madison, to the fish-out-of-water scenario of the Zombie Apocalypse. Thomas Middleditch (Flagstaff) mentions that he’s a “poor man’s Jesse Eisenberg,” which might hit a little too close to home for the actor, but it actually brought me plenty of laughs. And Jesse Eisenberg (Columbus) describes the upcoming film as a standalone movie that’s not necessarily a sequel, so what does that mean, exactly?

With our level of interest raised to see Double Tap, there’s plenty of questions that remain to be answered, such as:

In addition to previously trying to figure out the upcoming movie’s official title, we also asked Four Burning Questions for Zombieland: Double Tap, while also wondering aloud if the sequel would Write All-New Rules for Horror Sequels. You can tell we’ve been looking forward to seeing this film for quite a long time.

I just really hope the writers of the first movie will keep the screenplay similar in tone to their efforts in Deadpool and Deadpool 2 and drastically different than anything director Ruben Fleischer brought to the big screen in Venom (It really was a mess, but it made a lot of money, practically financing this sequel.). Double Tap looks like it’ll be a whole lot of fun. And if the filmmakers played their cards just right, it’ll be a very large money-maker, which might lead to even more shenanigans from our fearsome cast (we can only hope).

Zombieland: Double Tap will be released on October 18th, just in time for the spooky Halloween season to be fully engaged.