Justice League: The Rise of Justice, Heroes and DC has Begun! 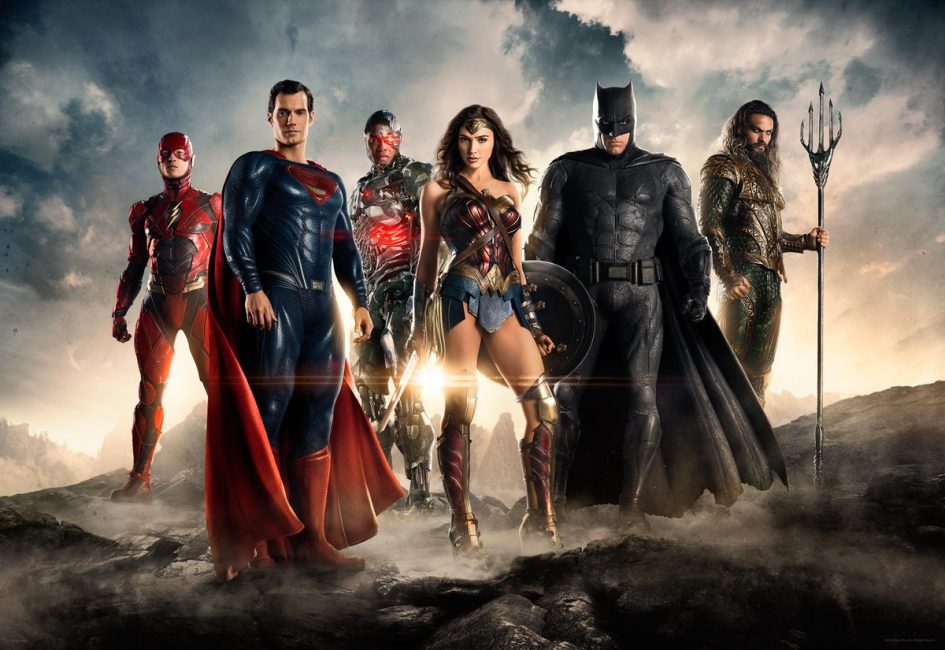 There are Justice League spoilers ahead. I’m giving you fair warning right now: There will be spoilers. I’ve tried writing this as spoiler free as possible, but some elements are going to crop up. So, if you’re afraid that one or two minor details are going to ruin your viewing experience, read this after you get done watching it. You’ve been warned. 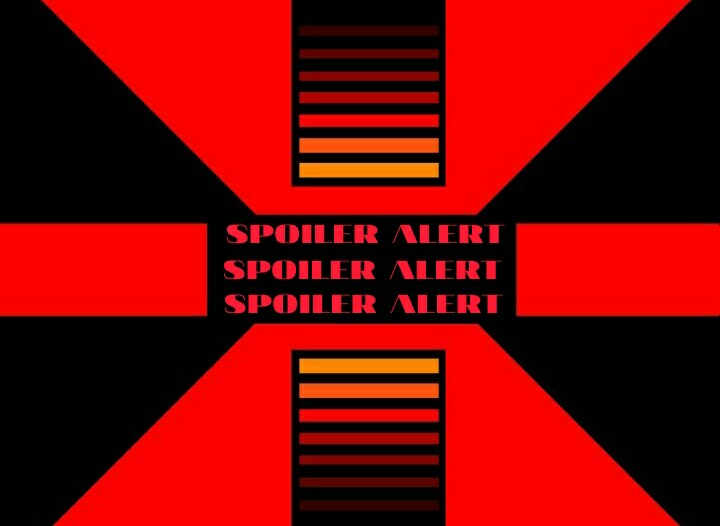 I’ve been suffering from superhero burnout lately. I’ve seen so many costumed crusaders on the big screen in the last few years that I’m honestly starting to root for the bad guys. With more than 30 movies between DC and Marvel in the last 12 years featuring some comic book-inspired good vs. evil superhuman smackdown, I’m just finding it hard to get excited about seeing any of them. And after Batman v Superman, it’s even more difficult to look forward to any of the DC Universe. That said, I went into Justice League with very low expectations.

What I was expecting was a formulaic, by the numbers action-adventure team up (and I wasn’t entirely wrong), with each of the characters falling into one of those generalized archetypical roles, like the Flash, who was our quick-talking, quick-moving comic relief. What we didn’t have to endure, however, were a lot of maudlin backstory reenactments. I can only see Krypton explode or Bruce Wayne’s parents die so many times before I stop caring. All of that was handled by brief, fleeting moments of dialogue that we were mercifully spared from being dwelled upon. In fact, the only flashback involved an epic battle between Earth’s mightiest heroes circa 10,000 BC and the main baddy in the film, Steppenwolf, in which we get a glimpse at well as the much-rumored Green Lantern cameo and a pretty epic fight.

Unlike Guardians of the Galaxy, Justice League wasn’t written and shot as a comedy with superheroes, but rather a superhero movie that has a touch of humanity inside each of the characters portrayed. You can easily discern scenes written by the amazing Joss Whedon, for their genuinely emotive and often times cleverly amusing portrayals of the characters. There was still the darkness and gritty reality that DC has been striving for with these characters, but there was also one important element of the overall design of the story that had been lost in other iterations of the characters through the years. For the first time in a long time, I saw a DC-inspired movie that offered hope. Hope that people can rise above their differences and their own insecurities and can become heroes. It also marked one other monumental moment, at least for me, as a fan. 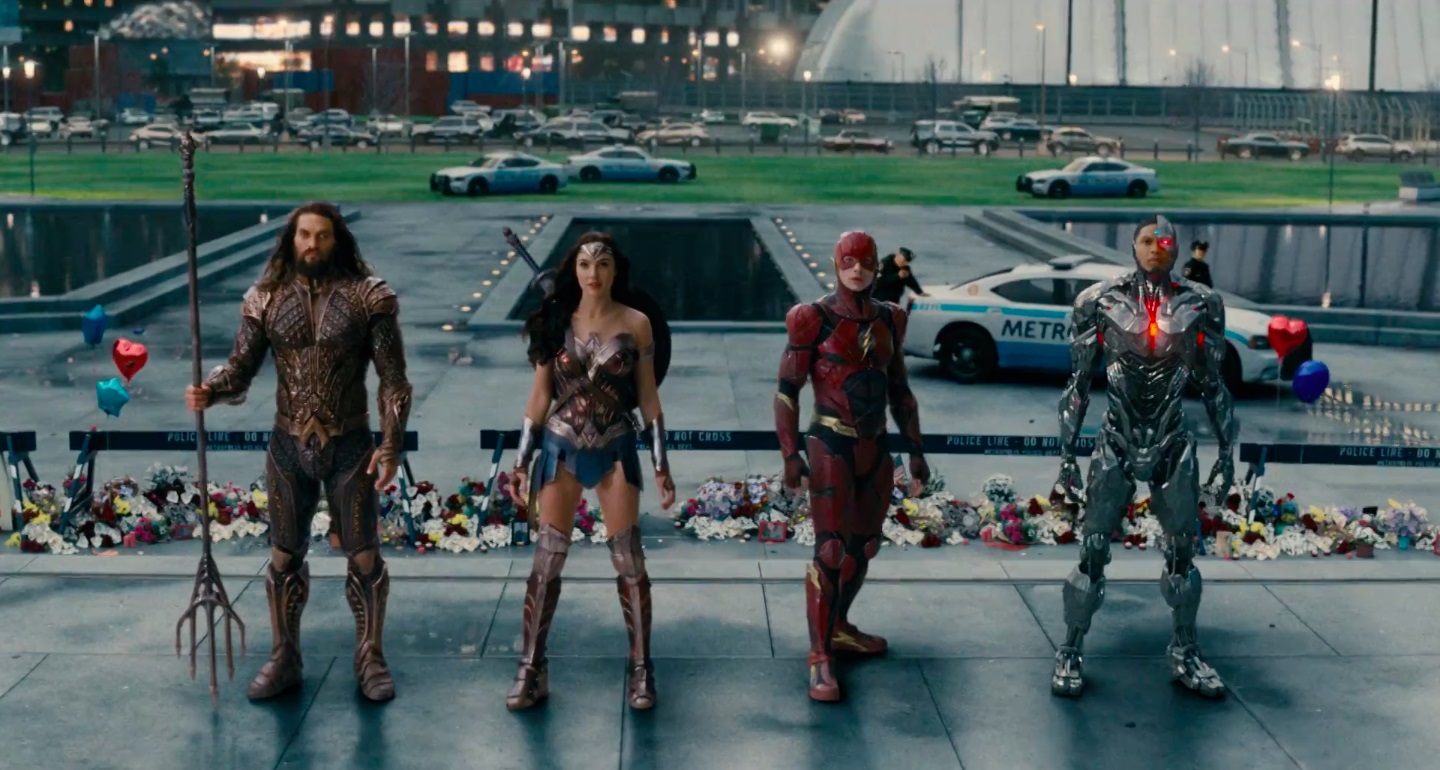 Justice League is the first Superman movie since Christopher Reeve was the Man of Steel that actually had me liking Superman. I’ve read some comics, seen plenty of movies and cartoons and, full disclosure here, I’ve always thought Superman was kind of a dick. I mean, I could write an article with my theories and thoughts on the matter, but I’m not going to get into it here. Henry Cavill’s portrayal of Superman in Justice League is not only a triumphant celebration of the character’s resurrection, but proof that our generation at long last has finally found itself a true hero. He was much too dark and brooding in his first two appearances as the beloved character but, alongside the other members of the League, he lived up to the symbol on his chest and returned hope to mankind.

The story is well written and, despite the DC penchant for shoehorning in as many characters into their films as possible, it gives our lead characters ample opportunity to develop and grow. There’s some shameless fan service, especially in the soundtrack if you listen closely, as well as other glimpses at the universe that we have been eagerly awaiting. Each of the characters and the actors portraying them are phenomenal. I honestly don’t have enough time to tell you how cool it was to see Cyborg, Flash and Aquaman fighting alongside each other battling Steppenwolf and the Parademons but, damn, it’s cool! And, taking advantage of the Pavlovian conditioning that rival Marvel has already indoctrinated into moviegoers, Justice League is going to make you wait through the entire end credits to get that extra minute and a half of film, so don’t be fooled by the fake-out post-credits scene, right after the movie ends. You might just miss out on one of the best mercenaries in the DC Universe.

I don’t think you’ll be disappointed.