There are few things as wonderful and relaxing as enjoying your Thanksgiving leftovers for days on end. Sure, a great meal around the table with kith and kin is all fine and good, but getting to enjoy turkey and stuffing and that weekend-long Tryptophan coma is even better. It’s very much the same when it comes to holiday-themed entertainment. Horror fans have no doubt seen plenty of ads for ThanksKilling, but I’m here to tell you about a few other Thanksgiving treats.

It’s turkey time in Tromaville as Dolphinman vs. Turkeyman comes to Troma Now! and it’s exactly as glorious as it sounds. The six-minute short features all of our favorite Troma heroes, purposefully cheap effects, and a not-so-surprise appearance by Uncle Lloyd himself. While Toxie is once again out of town and Sgt. Kabukiman N.Y.P.D. is sleeping off an early holiday hangover, Turkeyman rises up from the depths of the Tromaville Grocery’s basement freezer to begin exacting his revenge on America for its gluttonous lust for his brother birds. Murdering citizens with his toxic gravy (I’ll leave the innuendo alone on that one), he seems totally unstoppable. That is, until Dolphinman arrives to save the day. 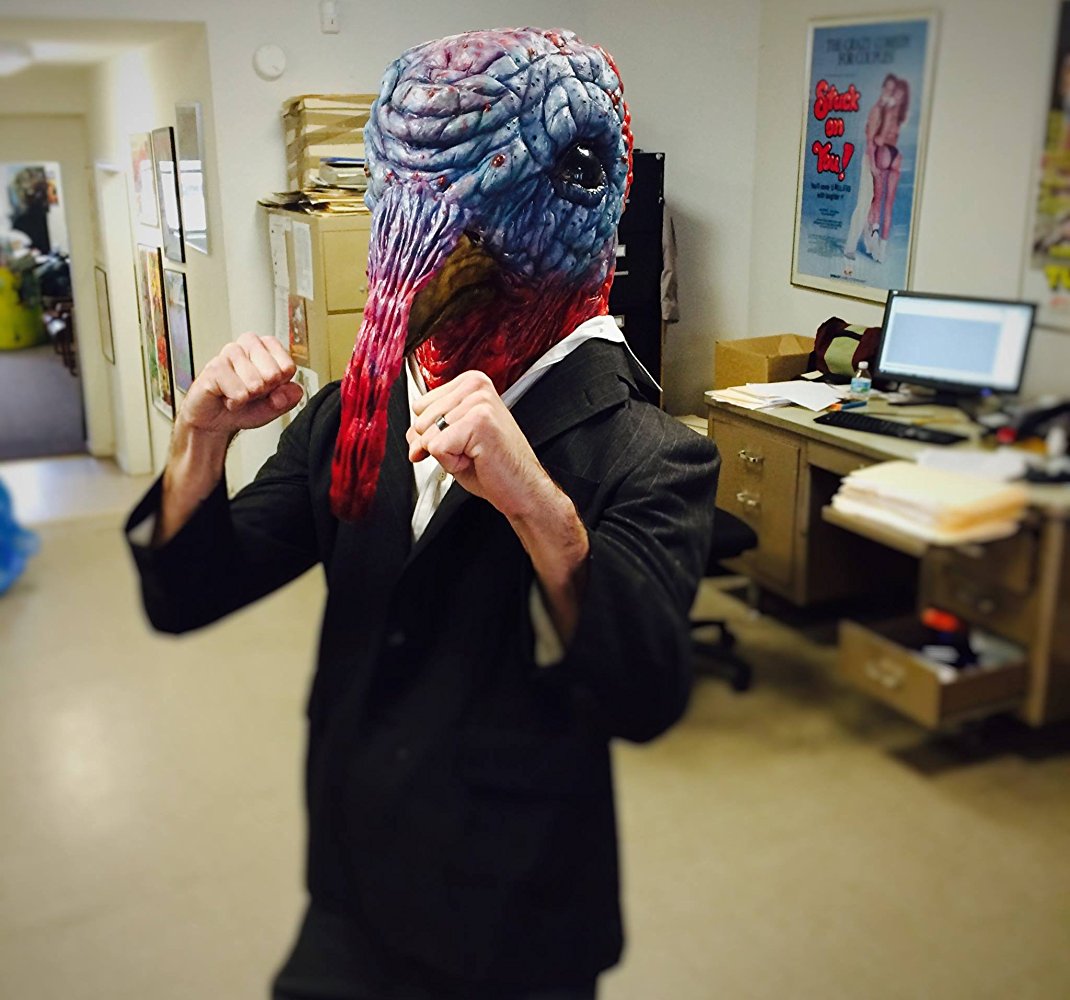 Like so many Troma films, this is a hastily shot, hilariously bad follow-up to Dolphinman Battles the Sex Lobsters and I loved every second of it. The short follows what has seemingly become the motto of Troma over the last few years: “Just make the damn movie!” and it’s nice to see people just having fun, making something off the cuff and ridiculous for the sake of making it. The story itself is so much superhero tripe, made better because it involves mutant dolphins and turkeys battling it out in the streets of New Jersey. If you’re subscribed to Troma Now! (and you have absolutely no reason not to be, at this point), it’s already available to watch. If not, have no fear. Go to Troma Now’s Twitter page and follow the link to watch Dolphinman vs. Turkeyman today. 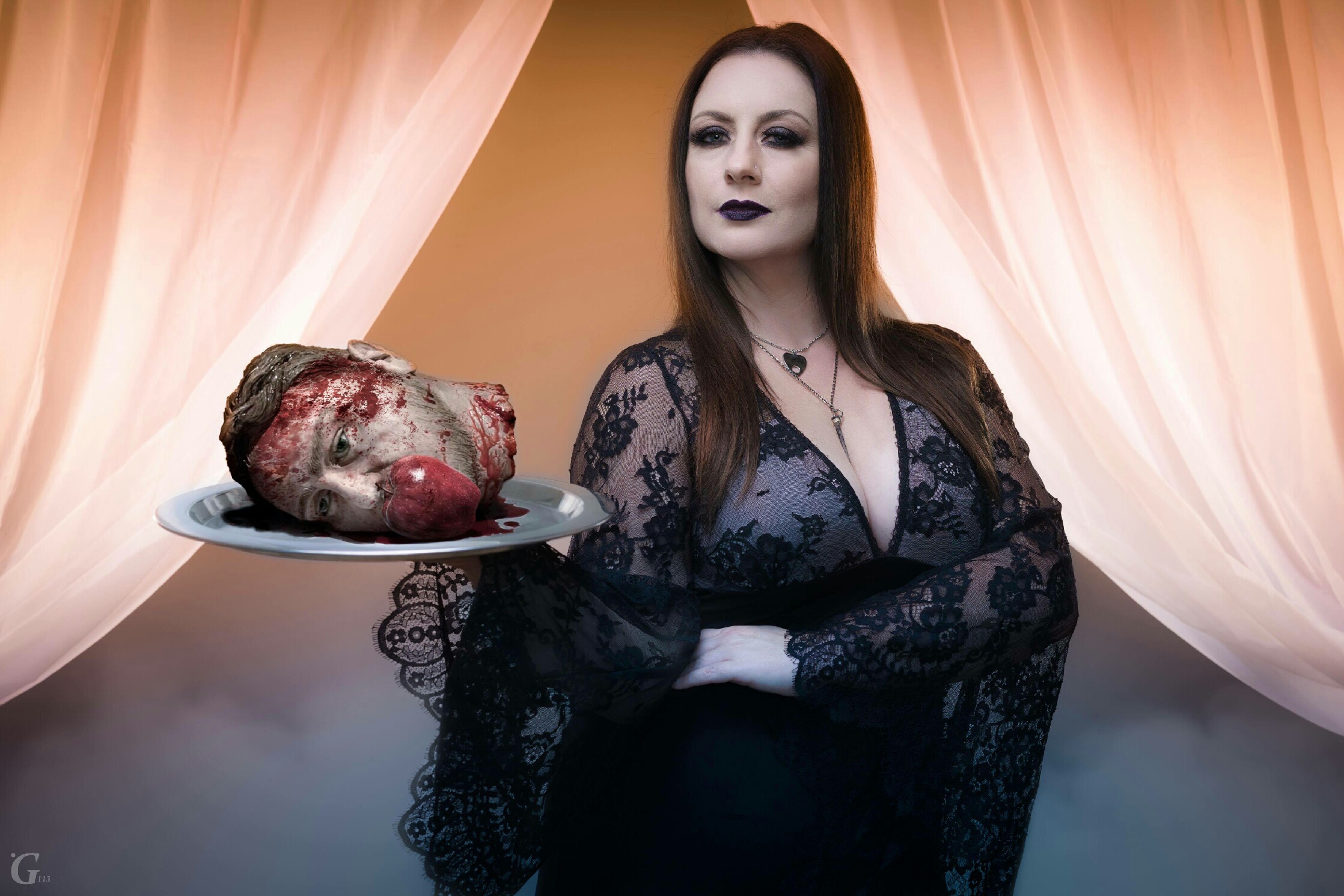 Meanwhile, from the West coast, more independent horror is being brewed in the form of Malvolia’s Memorable Thanksgiving. Malvolia: Queen of Screams is the horror hostess alter ego of actress/writer Jenn Nangle. Taking a break from introducing short films on her YouTube channel, Malvolia and her maleficent man servant, Victor, serve up a holiday memory of the time they decided to “order in” for Thanksgiving. Unfortunately for the delivery boy, not everyone is going to have a good time.

I’ve been writing about Malvolia on a couple of other sites now for the last year and I thoroughly enjoy the character and the idea behind her. Taking cues from horror hosts of the past and present from Vampira and Criswell to Elvira and more, Malvolia gets better with each new installment in the series. The character, itself, has a larger-than-life personality and the writing gets better with every brief episode. The series is already in its second season and you’ll love the aesthetic and story being created by Jenn and her darker side. Check out the YouTube channel and pay tribute to the Queen of Screams. And go ahead and check out the Thanksgiving special here.

Still hungry for more? OK. How about this for dessert? Buzzard Hollow Beef, the incredible feature film about family, cannibalism and fungus-induced hallucinogenic paranoia is streaming now on Amazon Instant Video. The story of a family gathering for the holidays, only to be confronted by the very real possibility that they’re the ones on the menu, has been doing the film festival circuit for a while now and is ready to come into your home for the holidays. The film is full of amazing visuals, trippy hallucinations and has a phenomenal story that will keep you on the edge of your seat. Buzzard Hollow Beef is free with Amazon Prime, but it’s definitely worth the rental price if you’re looking for the perfect way to recuperate after the family leaves. 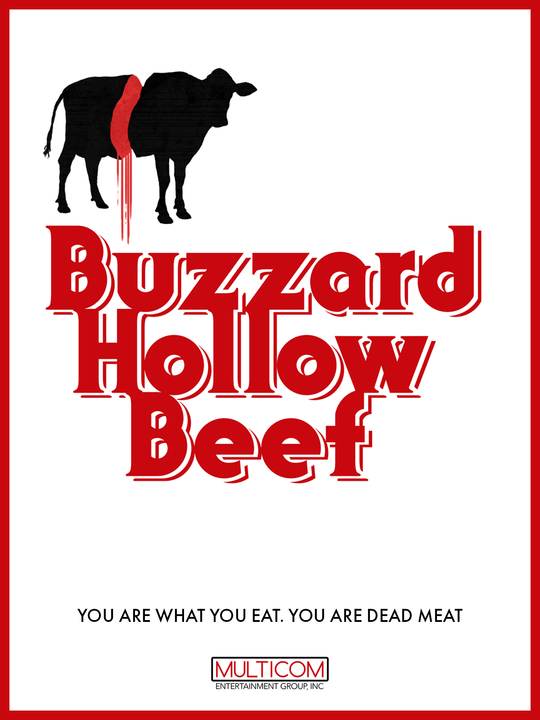 Of course, with Thanksgiving done, you’ll no doubt be getting sucked into the consumerist frenzy of Black Friday/Cyber Monday as we kick of the season of giving with a nonstop festival of greed. But for those of you who’d rather indulge your gut than fight crowds and stand in long lines out in the cold, put on those pants with the stretchy waistband, heat up that day-old bird, and get busy enjoying these and other horrifying Thanksgiving leftovers just for you.