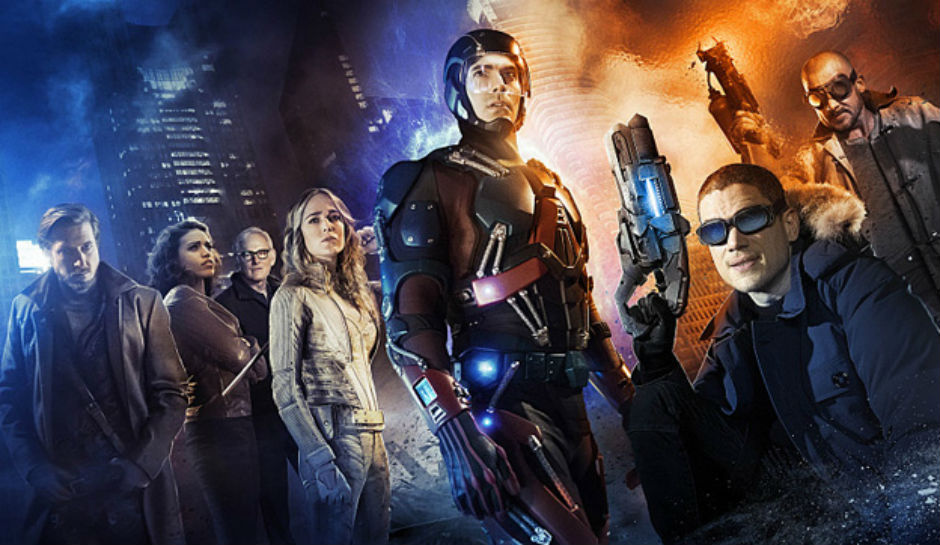 To everyone’s knowledge, the superhero genre has become a booming staple of on-screen entertainment from the start of the new millennium. Almost every superhero from every publisher has gotten his or her screen time at one point or another, throughout the past 16 years. Many individual heroes have even run their stories about as far as they will go. That is why recently studios have transitioned to another level of the hero storyline: The super-team. There’s already been productions of Marvel’s Agents of S.H.I.E.L.D., Guardians of the Galaxy and The Avengers. Now, we are introduced to DC’s minor version of The Justice League in The CW’s Legends of Tomorrow.

This is the third DC-adapted show for the CW and a direct spin-off of both Arrow and The Flash. The Atom and The Canary arrive from Arrow. From The Flash, it’s Dr. Stein (one half of the hero Firestorm), Jefferson Jackson (the other half), Hawkgirl, Hawkman, Heat Wave and his partner, Captain Cold. All of these extended characters from their respective shows, are led by the latest addition, Rip Hunter, a Time Master from London circa 2166. As with all superhero teams, the big bad of the series is a massively powerful being. Tens of centuries old, Vandal Savage is the menace that threatens to rule the world and throw it into complete chaos.

From the very start, Savage shows the destruction that he can deliver. The fate of the world, shown from 150 years into the future, is a bleak and dystopian horror. For the first time, one man has complete control. Of course, Savage’s immortality is tied to a heroic duo that also has a resistance to death. In ancient Egypt, before gaining their powers, the lovers Hawkman and Hawkgirl were slain by Savage in a jealous rage. This upset the hawk god, Horus, who then sent a meteor to destroy everything within Savage’s power, while the radiation from it permitted the two heroes eternal life. Their fates all became tied a millennia later. Though, during that time, Savage used his influence and power to control some of the most significant acts in history, including the JFK assassination and the commencement of World War I.

By the time Vandal Savage has his grip over the world, Rip Hunter requisitions the Time Masters to help him change the course of the future. They deny him, either because of their incompetence or their corruption, stating that altering the timeline of history could bring an even-more dangerous and destructive despot than Savage. Since that is a laughable excuse, Hunter steals the Wave Rider, a stealth time-traveling spaceship to return to the present time. He gathers his team and travels back to 1975 to meet Dr. Aldus Boardman, who also happens to be the son of one of Hawkgirl and Hawkman’s reincarnations. Boardman, who was present at the slaying of his mother, dedicated his life to studying and finding Savage.

Since most of the characters are already well known to the viewers, their backstories weren’t emphasized. Everyone was plucked from their other shows and melded quickly with each other. The real methodology of the pilot episode was to set up and tell the viewers what they should expect to come. While some struggle to accept their duty to the team, others wander throughout their new ’70s timeline and cause a little mischief. The stakes are high, as threats from Savage and an armored assassin aren’t the only worries for our legends. Altering Earth’s timeline in any significant way is also something the team needs to be cautious about.

The CW has had a lot of success with their previous DC hero shows and Legends of Tomorrow looks like it is no exception. The characters are diverse and entertaining. It’s almost a letdown that we don’t get a detailed look at each one individually, because of the screen time they all split. That’s really the only problem for fans who are just joining the latest CW DC production, though. There’s a lot of promise for this show, especially if time travel is involved. If the actors can handle splitting their time between this, Arrow and The Flash, then it could be like no other set of series before: Intertwined and complimentary of one another. That may be something that no other network can or is willing to offer.